Boldness In A Broken World 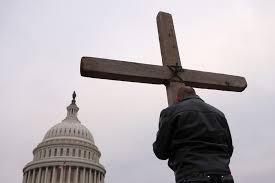 I saw two stories in the news just this morning that brought this into sharp relief for me. One story was about a woman who is running for a national office. She wants to be a member of Congress. According to the story she is running as a “Christian nationalist.” That was the banner that I saw on the screen. This candidate said: “The government should not tell the church what to do; the church should tell the government what to do.”

That is Christian nationalism. It is what I would call a top down image of God. God is the ruler, God has anointed or appointed certain people to rule in God’s name, and as a matter of faithful obedience to God, those chosen ones have a mandate to impose their beliefs and ethics on others. The church should run the government. That’s the platform that this candidate for the United States Congress is running on. Let’s call this form of government a theocracy–a political state run by the church. 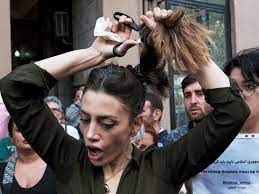 Contrast that with another image in the news this morning. It was the story of women in Iran who are today protesting in the streets against a theocracy. They are cutting their hair and burning their hijabs in defiance of the law and at the risk of their lives and arrest.

Think of these two stories in a theological context. What is the understanding of God? What is the meaning of faith? One is a “top down” theology and the other is a “bottom up” theology. Top down theology imposes itself on others by decree. Bottom up theology comes from the life of the people and the community. In our broken, fractured, world, where do we experience God, the holy? How is God manifested in the presence of struggle? 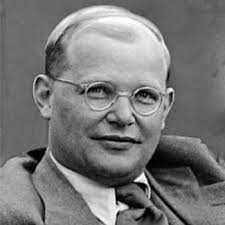 Recently Public Television has been showing Ken Burn’s documentary on the Holocaust–the persecution of the Jews. On Gay Pride weekend we remember that the first groups targeted by the Nazi’s were the handicapped and the homosexuals. Jews had to wear the Star of David. Homosexuals had to wear the Pink Triangle as a badge of shame and identification.  Now, the Pink Triangle has become a symbol of resistance. 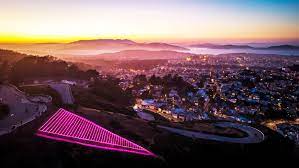 There is a Pink Triangle Park in the Castro District in San Francisco, commemorating the thousands of  homosexuals, trangender and bisexual victims of Hitler’s regime. The organizers of the park said that it is “a physical reminder of how the persecution of any individual or single group of people damages all humanity.”  It is not the only memorial. There is the Matthew Shepard Human Rights triangle in West Hollywood.  The Pulse Memorial and Museum in Orlando, Florida, is scheduled to open this year.  There are several parks and memorials in New York, and a mural in Portland, Oregon called, “Never Look Away.” There are other memorials in other countries around the world.

I think of this tradition of "boldness in a fractured world" when I read these words from Leslie’s translation of Psalm 84: “Lord, look with loving mercy upon those who have yielded their destinies to you.” We take the actions we do not to impose our will or sense of morality on others, but to affirm the dignity of everyone. That’s the meaning of a “bottom up” theology.

I cannot separate the violence and lack of civility we see in our society and close at home. I am thinking of recent events in one of our high schools. I do not know the details so I am not commenting on the specifics but on the level of violence in our fractured world, I cannot separate this violence from the politics of our government and specifically the doctrine of perpetual war, which one recent administration called a “doctrine of preemptive war.”  We are in a difficult situation. I think the psalmist is asking us to begin with our understanding of the holy. Where do we place our trust? 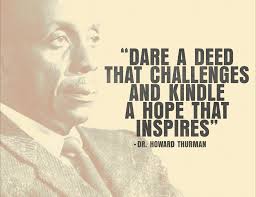 Common sense tells us that the first rule of ethics is not to harm, and the second rule is the right of self-defense. In a fractured world, in the fog of war, understandably self-defense moves to the center of the argument. The fog of war makes it  not only possible but necessary to adopt  life-affirming and life-negating values at the same time. Howard Thurman describes our predicament in his book, Jesus and the Disinherited. He says that our life-affirming ethic draws us toward one community, and becomes compensation for our life-negating attitude toward another community. In this way, hatred comes to serve a creative purpose.

On the surface it is too difficult to love our enemy. It seems like a betrayal of our own moral code and of our community. Writing about racial segregation in the US, Thurman reminds us that White Christians convinced themselves that Black people preferred segregation, and so, for centures and even to this day,  removed themselves from the struggle for civil righs. The same pattern of thinking applies elsewhere. It is safer to assume that “they,” whoever “they” are, prefer the status quo, than it is to enter the arena of struggle. Thurman acknowledges that there is a moral social hazard in deciding to actually love our neighbor. It can be dangerous to believe that we actually share a common humanity with our enemy and act like we mean it. Once we acknowledge our common humanity, we can begin to address our common problems.