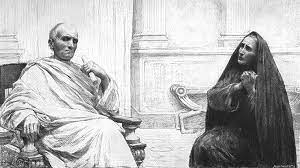 Commonly, this parable is interpreted as a parable about prayer. The widow is an example of the need for persistent prayer and advocacy. I confess that this parable has always seemed to me to border on blaming the victim. The message is that if you just pray hard enough, and long enough, and if you are sincere enough when you pray, your prayers will be answered. What if she had stopped a day sooner? What if she had given up?  It would have been her fault for not praying long enough and hard enough.

I think we need to approach this parable in a different way. My theory is that after the crucifixion some of the followers of Jesus scattered to various regions of the empire, while others started discipleship schools. The gospel writers were among those who started these schools. The gospel themselves were written as teaching manuals for new Christians. The parables in particular were meant to be discussion starters. I want to offer two possible way for us to interpret the parables in this way today.

In the first instance, consider the situation. This woman is a widow and she is going up against a judge, demanding a favor. The judge has all the power, she has none. Circumstances have put her in a situation where she has no choice. She must appeal to the judge. 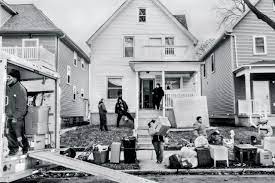 The text does not say who her adversary is, but let’s just imagine that her landlord just increased her rent. Soon she will be paying more every month than she used to pay in six months. And the landlord has threatened her with eviction. If she can’t get the judge to intervene, the sheriff will be at her door any day now and everything she owns is going to be put on the curb and she is going to be thrown into the street. She is in a desperate situation. If she gets evicted, she knows that it will be a long and difficult road back. 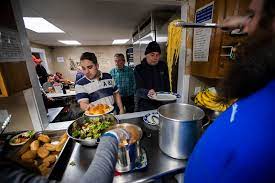 To add insult to injury, let’s suppose in her situation that a private company has set up a shelter for the homeless and a meal program, where she can go once a day for a meal. Maybe the company sponsoring these programs is funded by an association of landlords. So for the landlords it’s a double win. They get praise for their humanitarian gesture of providing for the poor, while at the same time benefiting at their expense.

She is in a tight spot. So she turns to the one person in her community who has the power to help her - -the judge - - who happens to be a good friend of the landlord. The widow is as smart as she is determined. So she shows up at the judge’s house every night one-half hour after the judge’s children have gone to bed. She starts banging on the door, singing the Psalms, and quoting the prophets: “Woe to you who lie on their beds of ivory, and stretch themselves upon their couches, and eat lamb from the flock.” “Take away from me the noise of your songs . . . I will not listen. Let justice roll down like waters and righteousness like an every-flowing stream.” “What does the Lord require of you but to do justice, and love kindness, and walk humbly with your God.” For good measure she throws in Deuteronomy 15:7 “If there is a poor person among you, you shall not harden your heart or shut your hand.”

Her life is a prayer. And she is there every night banging on the door, reading the prophets, reciting the Psalms. And the judge’s kids are asking him: “Who is this woman? Why is she here?” And his wife says, “Honey, you need to do something, and no we are not going to go live with your mother.” And his neighbors are complaining. “Judge, this is a respectable neighborhood. You have to do something, or move to another part of town.” 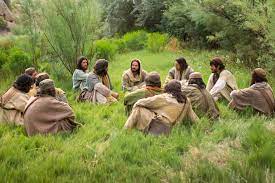 Yes, this is a story about prayer, but it is also about street theater grounded in prayer. The really interesting part of the story is that Jesus is telling this parable to the disciples. What does it mean to be a follower of this Jesus who came to bring good news to the poor and release to the captive and set the oppressed at liberty? I want to suggest that the woman is a model of discipleship in action. Martin Luther King, Jr., said “Injustice anywhere is a threat to justice everywhere.” The woman in the parable is a follower of Jesus in the tradition of human rights.

That is one interpretation of the parable. Let me try out another. Suppose we identify with the judge instead of the woman. And suppose we imagine that the woman in this story is an indigenous woman–an American Indian. And she and her ancestors have been coming to the judge for 400 years, banging on the courthouse door, asking for her land back. For more than 200 years she and her ancestors have been asking us to honor the almost 400 treaties the US has with Indian peoples. The settler-colonizers have always said: “We own the land. We are the Chosen People.This is our Promised Land. Indians can live on it, but we own it.” That is what the Doctrine of Discovery is about. 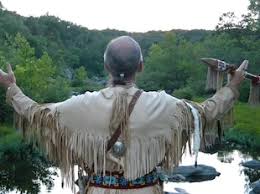 As the judge, now it seems we have heard the woman at the door. We recognize the need for a new conversation.

William Faulkner famously said, “History isn’t dead; It isn’t even history, yet.” Our history lives in us, and we live in history. The parable does not tell us what happened to the judge or to the woman after he changed his heart. I think that is part of the parable too. We do not know the future, all we can do is ask what discipleship asks of us today. If we are willing to live with the question, perhaps that’s enough.