A Dangerous Little Book Part 2 "A Prophet, a Rock and a Car" 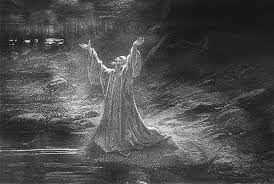 This is the second of my two part blog on the prophet Habakkuk. We learned last time that he lived in a time of grave danger. The Babylonians would soon descend upon Jerusalem and utterly destroy the city. In the face of this threatening violence, Habakkuk asks the Lord, “How long will you make me look upon this violence? How long must I cry out and you will not hear?”

As the scene unfolds, Habakkuk declares, “I am going to stand my watch. I am going to climb the ramparts, take my place on the watchtower, and see what God is going to say to me.” What will the Lord say about this tidal wave of violence that is going to fall upon us? 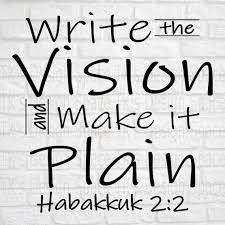 God tells the prophet: I am going to give you a message, a vision. Write the vision and make it plain. For the vision awaits its time; it hastens to the end–it will not lie. If it seems slow, wait for it. It will surely come. The one whose soul is not right will surely fall, but the righteous shall live by faith. Later, in another time of conflict, Martin Luther picks up this phrase during the Protestant Reformation: the righteous shall live by faith.

Going back to God’s message to Habakkuk, the Lord says: The treacherous, the arrogant, shall not abide.Their greed is as wide as Sheol, the home of the dead, like death they never have enough.They are never satisfied.” Then there follows a series of judgments.
Woe to those who plunder many nations, for the remnants of the people shall plunder you for the blood of men and the violence to the earth.
Woe to you who get evil gain for your house, for the stones will cry out from the walls, and the beam from the woodwork will respond.
Woe to you who build a town with blood.
Woe to you who make your neighbor drink the cup of your wrath. Your own violence will overwhelm you. But the righteous shall live by faith. 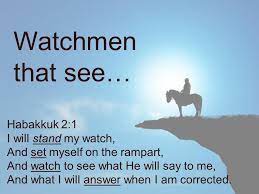 The righteous shall live by faith- the assurance of things unseen. Rabbi Heschel says that “living is what we do with God’s time.” Knowing this,Habakkuk goes up on the ramparts and makes his stand, takes his watch. Violence will not have the last word. He will not surrender to the cynics.He will not join the fatalists or the nihilists.  The vision is not a lie. 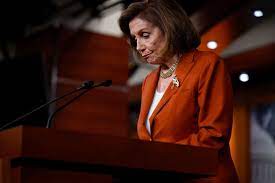 Today we need people like Habakkuk because violent winds are blowing strong. We see the rising tide of violence most dramatically in the attack on Paul Pelosi, the husband of Congresswoman Nancy Pelosi. After the attack Speaker Pelosi read Ehud Manor’s poem, “I Have No Other Land.” It reads in part, “I have no other country. Although my land is burning . . ., here is my home. I will not be silent. . .  I will not give up on her. I shall remind her and sing into her ears, until she opens her eyes.”

During election week people went to the polls in record numbers in spite of threats violence. Theywere standing on the watchtower. More than 700 people trained in methods of nonviolence were at polling places in10 key states to protect the rights of votes. When institutions of democracy are under attack, those of us who believe in democracy must counter people who have no faith in these institutions with our own deep faith in democracy. 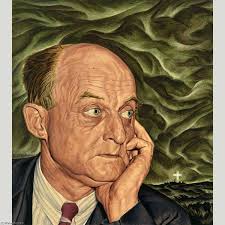 Reinhold Niebuhr wrote “Our capacity for justice makes democracy possible, our inclination to injustice makes democracy necessary.”  He also said that “love is a matter of justice.” Abuse and neglect negate love, care and affirmation are the foundation of love. Love and justice have to walk together. Write the vision Habakkuk. Make it plain. It is not a lie.

Dr. King famously  told us that the moral arc of the universe is long, and it bends toward justice. In that same sermon he warned that justice does not roll in on the wheels of inevitability. We have to want it and we have to work for it.

I just finished a book called The Sum of Us (One Word, 2021).  The author speaks with the voice of the prophets. Her name is Heather McGhee. She lays her hands on a basic contradiction in our soul. It is a contradiction that threatens our well-being. She says there is a part of us that believes the magnificent words enshrined in our Declaration of Independence: “We hold these truths to be self-evident, that all people are created equal, that they are endowed by their Creator with certain inalienable rights, that among these are life, liberty, and the pursuit of happiness. That to secure these rights, governments are instituted . . . deriving their just powers from the governed.” That is an article of faith for us. That is in our creed. 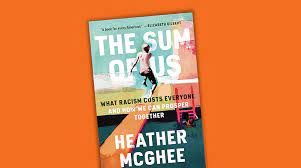 This is how these two belief systems work and don’t work for us. We recently saw the play, “We Own This Now,” is a play about the doctrine of discovery–the quasi-religious doctrine that says since White people discovered this land, it is our Promised Land and we are a Chosen People who by right of discovery now own it. We are the winners, Indians are the losers. But now we have to ask ourselves, “What does it mean for us to live on stolen land?” How do we reconcile this history with our faith? 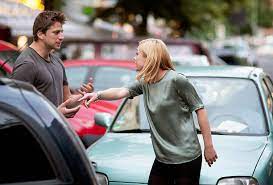 Interestingly, the authors of the play chose to use a car as a symbol for the United States. Both a man and a woman had legitimate claims to the car.The play did not try to solve the problem, only to present it. Using the car as a metaphor, the issue is distilled as being about private property and ownership and rights. But before the play began, we learned about a sacred rock that had been stolen from the Kanza people more than one hundred years ago, and is now being returned to them. We did not talk about the return of the rock in terms of winners and losers. We talked about the rock in terms of restorative justice. It is worth asking why we define economic issues in terms of winners and losers, and cultural issues in terms of restorative justice. Is this the best we can do?

Let me turn back to the book The Sum of Us. Toward the conclusion of the book , McGhee tells the story of what happened on a cloudy June day in the Oregon State Senate that should be a lesson for all of us today, even though it happened in 2019. As she retells the event, the leader of the Senate, a Democrat, was prepared to bring up a bill to combat climate change. Though there was a Democratic majority, they did not have enough members to constitute a quorum. On that day in June, 2019, the Republicans refused to show up. Without a quorum the Speaker could not call for a vote. He asked the Governor to send out sheriffs to find the missing lawmakers and bring them in for the vote. 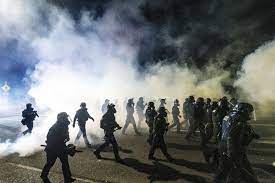 A Republican state senator told the governor, “Send bachelors and come heavily armed.. .  I am not going to be a political prisoner in the State of Oregon.” Paramilitary militia groups chimed in that they would storm the Capitol building (p.196). It was a preview of events to come.

That’s zero-sum thinking, the politics of winners and losers. It sounds surreal., “Can this really be happening?” How long, O Lord, will you make me witness this violence?” The Lord answers, “Write the vision, make it plain.” The culture of death begets death. The graves are never satisfied. The stones in the walls cry out, and the beams in the woodwork answer.” The righteous shall live by faith. Write the vision Habakkuk and make it plain. It does not lie.

Now it falls to us to write the vision. Write the vision that we live in solidarity with each other, across lines of color and class and gender and sexual orientation. In this vision we will all experience a new birth of freedom. We will know that when love and justice walk together, when we honor one another as people loved by God, the earth and all the people will rejoice. Write the vision. Make it plain. It is not a lie.