A Revolution of the Heart

In Luke’s gospel Jesus and the Pharisees bump heads at every turn. The gospel writers portray the Pharisees as the foil, the gang that can’t shoot straight. They never seem to be able to do anything right. If there is an opportunity to take the wrong side of the fight, you can count on them to take it. 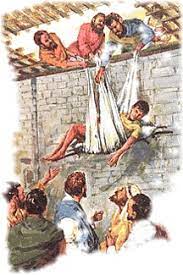 Jesus is teaching and healing. People from Galilee and Judea and Jerusalem are gathered around him. It’s a big crowd.  Some people who are carrying a paralyzed man on a mat show up. The crowd is great and the only way they can get to Jesus is to climb up on the roof of the house, cut a hole in the roof, and let the man down to where Jesus is sitting.  Jesus sees their faith.  He says, “Friend, your sins are forgiven.”  The Pharisees and teachers of the law think to themselves, “Who is this fellow who speaks blasphemy? Who can forgive sins but God alone?” The battle lines are drawn.

Jesus heals a man on the Sabbath. The Pharisees begin to ask what they are going to do with this fellow Jesus.  Jesus calls the Pharisees “hypocrites”--religious pretenders. They talk the talk but they don’t walk the walk. 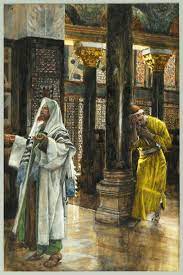 A Pharisee and the tax collector are in the Temple. The Pharisee stands up and prays about himself, “Thank God, I am not like other men–robbers, evildoers, adulterers, tax collectors.”

In reality, the Pharisees are not bad people. We might be happy to have them as our neighbor. They are law-abiding, upstanding, respected members of the community. But in matters of religion, they are more concerned with the law than they are with having a good heart. They wear their religion on their sleeve. Show and tell religion. Religious pretenders. But before we write them off completely, we ought to remember that they were the religious liberals of Jesus’s time. The Sadducees were what we would call the strict constructionists of the Constitution. Original intent is their motto. The Pharisees were the liberals. They admitted to the use of reason and the principle of interpretation of the law. Still, Jesus calls them hypocrites – who stand in the Temple and look askance at the sinner standing over there, and thanking God that they are not like him.

The tax collector is no angel of goodness and mercy. He robs from the rich and the poor alike. He has a license to steal. Like Shylock in the Shakespeare’s "Merchant of Venice," the tax collector calls money his daughter. Greed rules over compassion. Money is the measure of value. But now he is standing here, in the Temple, making his confession and asking for mercy.

Commentaries on this parable uniformly agree that this parable is about prayer and how we should pray. The contrast is drawn between the self-righteousness of the  Pharisee and the contrition of the tax collector, who is justified before God because he humbles himself. I think this interpretation misses the point. The contrast between false pride and genuine humility is there and it is real, but the parable is also about the weightier matters of “justice, mercy, and faith” (Mt. 23:23), and commentaries often miss this point. 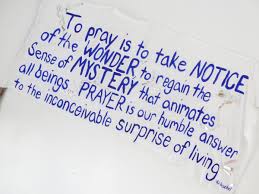 Rabbi Abraham Joshua Heschel tells us that the problem of our time is the spirit of our age, the denial of transcendence, the vapidity of values, the emptiness in the heart.  “The central problem is that we do not know how to think, how to pray, how to cry, how to resist the deceptions of the pretenders.” Elsewhere he says that “the source of prayer is not emotion, but insight.”

We don’t know what happened, but something brought the tax collector to the Temple that day. He is in the Temple because he has been given fresh insight into the reality that his wealth is directly tied to the impoverishment of others. The deck is stacked against the poor, whom he exploits with impunity. But now he is asking God for mercy. 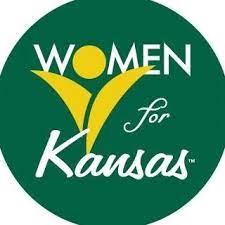 In the "Women for Kansas" meeting that was held here yesterday we talked a little bit about Payday Loans. These loans can carry an interest rate of 700 percent. The average interest rate on a Payday Loan is 391 percent. What we learned yesterday is that some of the people who write the laws that allow Payday lenders to charge these rates are also directly benefiting from these laws. This is not true of all legislators but  some legislators benefit from this unregulated market. The loans put money in their purse. People are not poor, they are impoverished. They are made poor by laws like this. And now people in faith communities around Kansas are working in alliance with others to change this situation. We want to put a spotlight on what is happening.

Heschel teaches us, “Prayer is meaningless unless it is subversive, unless it seeks to overthrow and to ruin the pyramids of callousness, hatred, opportunism, falsehood. The liturgical movement must be a revolutionary movement, seeking to overthrow the forces that continue to destroy the promise, the hope, the vision.” The tax collector came to pray that kind of prayer.

In the parable the Temple is a house divided. Certainly that is true of the church in our time. It is not entirely clear to me if religion is a source of division in our society, or if social forces are creating divisions within the Christian community. Some of both I suspect. Today we can see the Pharisee and the tax collector in the Temple, looking askance at each other, saying under our breath, “Thank God I am not like that.” We have to acknowledge that the Christian church is divided today, perhaps more clearly than at any time since the Civil War, when Northerns and Southerns split over slavery and both sides threw Bible quotes at each other.

One hundred years before the first shot of that war was fired a Quaker, John Woolman, made house calls on Quakers who were slave owners. He did not scold them or argue with them, he just asked them a question: What does it do to your soul to own another human being? These were kitchen table talks. One hundred years before the Civil War began, there were no Quakers who owned slaves.

It is hard for us to imagine such a revolution of the heart today. Yet, as I read the parable, this is what it says. If this parable is really about prayer and  social justice, our task is twofold. We have to be open to having new conversations–sometimes with people we agree with and sometimes with people we don’t agree with, but need to have some new conversations. And we need to keep ourselves grounded in prayer that matters. Prayers that are subversive. Prayers that overthrow oppression and exploitation and systems of injustice. 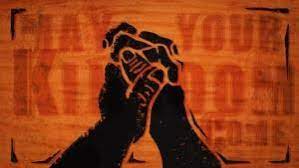 Prayer: Lord, we pray today for our nation. We are standing on the eve of an important election, poised to decide which way we will go. Our choices will give shape to our future and to the future of new generations to follow. We pray that we may each find ways to lend our voices and our votes to securing a more just and a more inclusive society, a society, a nation that lives up to the vision that all people are created equal. Amen.