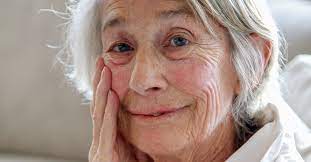 I was sorting through a stack of books about to be discarded by a friend when I came across Mary Oliver's  Red Bird, a collection of her poems that I had not read before.  Her poem "Of The Empire" grabbed me and has been gnawing at me ever since:

We will be known as a culture that feared death

and adored power, that tried to vanquish insecurity

for the few and cared little for the penury of the

many.  We will be known as a culture that taught

and rewarded the amassing of things, that spoke

little if at all about the quality of life for

people (other people), for dogs, for rivers.  All

the world, in our eyes, they will say, was a

commodity.  And they will say that this structure

was held together politically, which it was, and

they will say also that our politics was no more

than an apparatus to accommodate the feelings of

was small, and hard, and full of meanness. 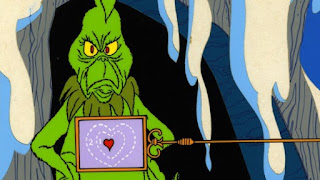 Oliver published this in 2008.  It put me in mind of the Dr. Seuss story of "How The Grinch Stole Christmas" - - the heart thing.  The Grinch's heart was two sizes too small - hard and full of meanness.  In the well known classic, the Grinch devises a plan to steal Christmas and all its trimmings from the town of Whoville. Disguising himself as Santa Claus, he cleans out the town  - the presents, the food for the feast, the Christmas Tree - all in the attempt to extingish the joyful noise of Christmas in Whoville that has annoyed him every year for 53 years.

As the mid-term elections loom in another couple of weeks, it is hard to get the "grinchiness" - - the small, hard and mean-heartedness of our politics out of my mind.  So much of what we value in our much threatened "Whoville" seems destined for the Grinch's sack - abortion rights, safe and honest elections, voting rights, sane and clear thinking legislators in congress who put the wellfare of the country and our democracy above their own greed for power at the expense of truth. 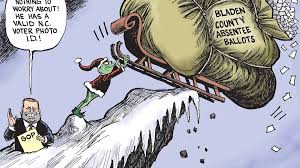 In the story, the Grinch takes his fully laden sleigh to the top of Mount Crumpit and prepares to dump the stolen belongings into the abyss.    A harrowing thought as the mid-terms draw near.  Children's stories simply must have a happy ending and when, on Christmas morning, the still joyful sounds of the people of Whoville reach the Grinch's ears, he is transformed - his heart grows 3 sizes larger - he joins the population of Whoville in their celebration of Christmas.   It was their heartfelt and joyous singing that did it.

Of the ending of the story, author, Ted (Seuss) Geisel wrote: I got hung up getting the Grinch out of the mess. I got into a situation where I sounded like a second-rate preacher or some biblical truism... Finally in desperation... without making any statement whatever, I showed the Grinch and the Whos together at the table, and made a pun of the Grinch carving the 'roast beast.' ... I had gone through thousands of religious choices, and then after three months it came out like that.

He got the Grinch out of the mess.  Whole hearted, full throated, joyful singing brought down the mean spirited Grinch - the one with the spiders in his soul.  The Whos and the Grinch sat at table together.

I wonder...could "How the Grinch Stole Christmas" be a parable for our time? The mid-term elections are approaching. The loaded sack is nearing the edge of the abyss.  Are there enough of us  singing? 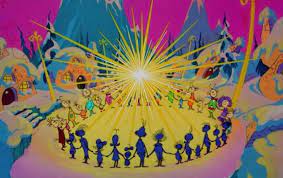