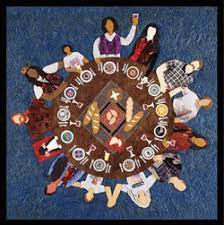 I love Worldwide Communion Sunday. It speaks to me about the unity of the church worldwide, and more inclusively the unity of humanity and of all creation. We share one bread and one planet. Christians like us living throughout the Americas, in all parts of Asia and Europe and across the continent of Africa, people in every city, village and hamlet are coming to the table just as we are to break bread and share this cup. Worldwide Communion Sunday is an embodiment of the beatific vision–the beloved community of all people and all races coming together in cooperation and mutual affirmation.

When I was a child the church I attended had the tradition of "first communion." We had to wait until after confirmation, usually in the eighth grade. Then, on confirmation Sunday, we received our first communion. It was a big event. We had communion 4 regular times a year and then on special occasions. The Deacons served communion and in those days the Deaconesses prepared Communion and cleaned up afterward. We passed the communion tray down the pew and everyone took a little cup and wafer or piece of bread. The minister told us to eat the bread as it was passed but to hold the cup so we could drink together. I thought it was wonderful.

Over time the tradition changed. One minister who influenced me greatly thought of communion as the inmost gathering of the church, which meant only baptized members of the church could share the meal. Another minister, who also had a great influence on me, believed in open communion. He taught that anyone of any age could come to the table. Christians and the curious were welcome. Those different ideas about who can share communion still persist in the church today. 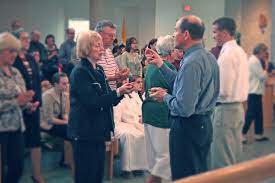 The unity of the church is more than a nice idea. The church is often said to be a sign and a demonstration of a new community. Recently the World Council of Churches met in Karlsruhe, Germany. They elected a new executive committee to govern the Council. It’s extraordinary. Twenty people from countries as diverse as China, Turkey, Nicaragua, Ethiopia, and Korea serve on this committee. Women and men of diverse backgrounds, representing more than 500 million people and more than 110 countries are members of the World Council of Churches. They work together to promote a culture of peace. 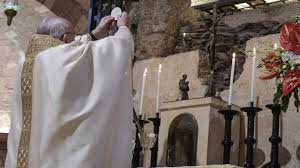 Another story coming from the worldwide church comes from Assisi, Italy, the birthplace of St. Francis. Pope Francis recently convened a meeting of 1,000 people from around the world to help create what he is calling an “economy of friendship.”  The hallmarks of this economy, he said, are: the pursuit of peace, the care for the environment, and giving the poor and most marginalized a place at the table. An economy of friendship - the opposite of what we have now.  The present economy of capitalism began 500 years ago in England with the Enclosure. The enclosure was a movement to enclose the land and shut out the people. It was a movement to put private property over people. Thomas Moore characterized the new economy as “sheep eating people.” The pope said the time has come to create a new economy of friendship. 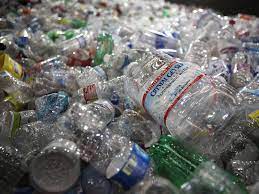 How do we do that? Through the global faith community people are teaching their neighbors sustainable agriculture, promoting and advocating for the rights of women and others. In one story that I read, people in the Philippines are turning Lotus flowers into bricks for building houses. I also read about a 14 year old from Thailand who has launched a national campaign against plastic. When I read about him, I thought about a plastic water bottle that I threw away during the Pride Parade last week, and the plastic bags we get from a grocery store. An economy of friendship begins with me and the things that I can do to create a more sustainable and liveable world.

Last week Sally and I attended a meeting of community members and the police. The police called the meeting because they wanted to talk about a new program they were starting to reduce gun violence in our area. The community members wanted to talk about racism, jobs, and economic empowerment. Sally and I left the meeting wondering what is the ministry of the church in this situation, which is not happening in Karlsruhe or Assisi, but right here at our doorstep. 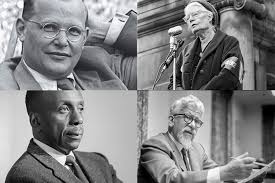 I began this meditation by saying that I like Worldwide Communion Sunday because it speaks to me of the unity of people and the unity of creation. History reminds us that this unity does not come easily. At our church we are watching videos of Dietrich Bonhoeffer, Dorothy Day, and other prophets of our time. Their lives, like the breaking of the bread at the communion table, remind us of the violence that seems to always be prowling outside the door.  But the common cup speaks of a deep unity and more profound hope that is rooted not in us, but in the promises of God. Like others, we too can be witnesses to what the Apostle Paul called “the more excellent way.” Amen.