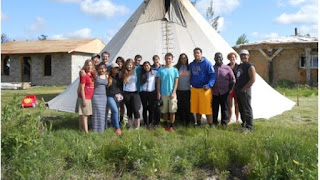 As I checked my email this morning, I found a message from an old friend from Germany. She spent several weeks in South Dakota on three different occasions, twice with a program I coordinated called “Learning Harmony with the Lakota.” We would spend three weeks camping in different reservation communities, hosted by Lakota or Dakota families, meeting people and learning about the culture.

The first time she attended the program she met a Jewish professor from the east coast. They became good friends. I recall them taking long walks together early in the morning. She struggled with what her forebears had done during the holocaust; found it difficult to comprehend how people had been complicit or silent during such a horrendous time. It occurred to me that likely her generation inherited the moral scars of her country’s past under Hitler and the Nazis. 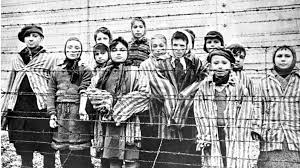 When you stop and think about it, it is hard to comprehend and understand. How can human beings assign the demonic to a whole group of people; then plan for their extermination and execute them? From what we know of German history, it happened in stages. Concentration camps were established early in 1933 for political opponents, homosexuals, Jehovah’s Witnesses and other, “dangerous to the regime,” people. After some 400 decrees and regulations restricting Jewish life stretching over years, Hitler and his minions developed the “final solution” for that minority, murdering five million Jews.

I’ve been following the Congressional Committee investigating the events of January 6. I’m now convinced from the evidence presented that Donald Trump intended to remain in office no matter the vote tally, and he was willing to mobilize the forces necessary to help him stay in power. The attack on the Capitol was no random act, but a calculated plan with many armed and ready for violence. 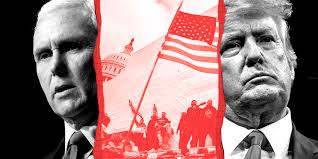 The latest disturbing and unforgiveable revelation was the tweet the former President sent out at 2:24 PM the afternoon of January 6, as he sat in the White House dining room watching TV, while the riot was under way. He tweeted, “Mike Pence didn’t have the courage to do what should have been done.” Trump had been pressuring his Vice President for days to declare the election of President Biden invalid, something Pence had no legal or moral right to do. Pence stood by that      conviction even under intense White House pressure.

When that Trump tweet went out, the insurrection crowd erupted in chants of “Hang Mike Pence.” A gallows had been constructed. Armed and ready, the insurrectionists were intent on taking the Vice President dead or alive. They also wanted several others in the Capitol, especially Nancy Pelosi. Anyone who had fallen out of favor with their leader was fair game. 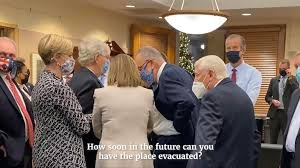 The latest report from the January 6 Committee included film of Senators in a secure location during the insurrection, trying to make contact with different people who might help stop the riot. In one of the film clips we see our own Senator John Thune. He is seen behind Pelosi and some others as they are on the phone seeking help. To his credit, with Senator McConnell, Thune was part of the bi-partisan effort to stop the violence. His body language in the film suggests his personal distress as he moves ceaselessly from side to side.

Senator Thune had a right to be worried! Trump had named him a RINO, a Republican in Name Only. Whether you were on the same team on policy didn’t make much difference to Trump. What mattered was your loyalty to Him. Look at Mike Pence! Here was a man who sat loyally by Trumps side for four years. To our knowledge, he didn’t refuse any duties assigned him; did them without complaint; except for the final ask, to obstruct a Constitutional process and overturn an election. That unwillingness to follow Trump put a target on his back and the Vice President was fortunate to avoid the gallows.

The former President has tried everything he could think of to keep from being a “loser” and he’s still at it. Sixty two court cases confirmed the results of the election, many with judges he appointed. The fiasco recount in Arizona to establish Trump won, actually found more votes for Biden. The call to Georgia to “find more votes” for Trump, failed. The attempt to send fake electoral college electors fizzled. Pence is still alive, but relatively quiet. And that’s a problem!

We desperately need Republican voices of conscience and integrity. Partisan political power be damned. Forget about elections and keeping the “base.” Our democracy is under serious threat. The kind of mass murders we see happening in our communities feeds, and is fed by, the threat of mass murder in the political sphere. 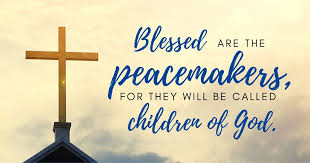 And we desperately need those Christian nationalists, who see Trump as some kind of savior, to go back to their Bibles and read the Gospels. Their conception of a Savior doesn’t look anything like the picture of Jesus Christ you find in the synoptics. Their allegiance to political power that causes the “other” to suffer, is more like those criers of old, “crucify him;” motivated by hate, not love.

I’m not a supporter of the political views of Mike Pence. We have our differences. But I wouldn’t have any difficulty talking with him about those differences, and striving for mutual respect and mutually agreed upon policy. That would be possible, because now, after the way his former boss pressured him and invited his execution, I see the former Vice President in the strongest possible way as a person of integrity, true to his conscience and convictions. We need more participants in public life of conscience and conviction; fewer intent on profit and power.

Our children and grandchildren are already inheriting enough moral scars from our failures as a country and culture. My students can’t fathom how people had to ride the back of the bus or use a separate drinking fountain, simply because of the color of their skin. Let’s not add new moral burdens for future generations. We must soundly reject the new authoritarians who would classify and divide their fellow humans, and use hate and violence to enforce their choices. 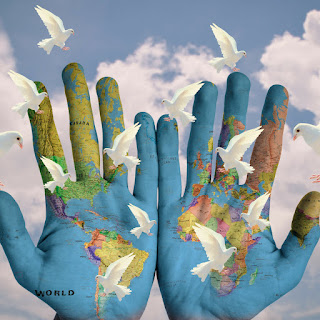