Wanted: Light For The Others 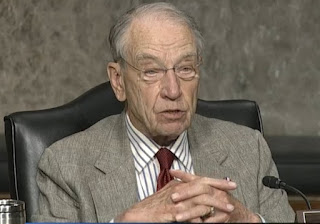 Although the senior Republican on the Senate Judiciary Committee (Senator Grassley, from Iowa), is too busy to watch the hearings on the January 6 insurrection; retired as I am and free to watch or not, I’ve chosen to make them part of my patriotic responsibility. Frankly, I believe anyone who is ignoring them by saying they are a “witch-hunt,” or partisan propaganda, has no right to an opinion. It would be like me saying the media is investigating the war crimes in Ukraine, because they don’t like Putin. 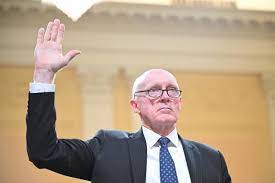 Three of the witnesses in the January 6 hearings have had the greatest impact on me. Rusty Bowers, Republican Speaker of the House of Representatives in Arizona, was one. He was obviously moved by his faith to reject suggestions for changing the election in his state by convening the legislators to reconsider the vote. He believed those Presidential requests were counter to his oath of office. In moving testimony, he stated what led him to refuse his President and others.

“It is painful to have friends who have been such a help to me turn on me with such rancor. I may in the eyes of men not hold correct opinions or act according to their vision or convictions, but I do not take this current situation in a light manner, a fearful manner, or a vengeful manner. I do not want to be a winner by cheating. I will not play with laws I swore allegiance to. With any contrived desire towards deflection of my deep foundational desire to follow God's will as I believe He led my conscience to embrace. How else will I ever approach Him in the wilderness of life? Knowing that I ask this guidance only to show myself a coward in defending the course He let me take — He led me to take.”

For his allegiance to his God and country, for his request for “evidence” of foul play that never came, Bowers and his family have suffered. His office was deluged with some 20,000 emails. His home was visited by blaring sound trucks calling him a pedophile, pervert and corrupt politician. This didn’t help the health of their ill, at home daughter, who died a few weeks later. This harassment came after three counts of Arizona ballots, one of them a circus. Still, the pressure from the former President and his followers followed Bowers. 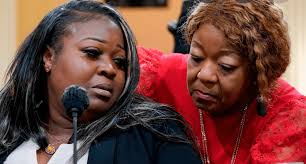 A second pair of witnesses, of obvious integrity, were Shaye Moss and her mother Ruby Freeman. They were election workers in Georgia, accused by Trump and his allies of inserting 18,000 fake ballots from a suitcase under a table into the voting machines. Investigation revealed it was a bin of legitimate ballots and the Trump team was using a spliced video. Regardless, the picture and names of these election workers circulated widely, including from the former President, and they received similar treatment to   Rusty Bowers.

The harassment “turned my life upside down.” Moss told the committee. “I don’t want anyone knowing my name … I don’t want to go anywhere. I second guess everything that I do. It’s affected my life in a major way, in every way. All because of lies.” “There is nowhere I feel safe,” Moss went on, “I felt horrible for picking this job.”

The third witness I found compelling was Cassidy Hutchinson. Working in the west wing of the White House for Mark Meadows, former White House Chief of Staff, she was privy to a lot of the inner workings before, during and after the 2020 election. Friends and colleagues describe her as studious, hard working and friendly, a committed Republican. She earned a high level position in the White House with hard work and dedication, and found herself sacrificing all of that past in the hearings at the young age of 25. 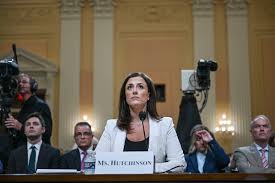 Apparently, the events of January 6 forced her to reassess her role and loyalties. The inaction of the White House in response to the violence at the Capitol seemed to be the turning point for her. It more clearly revealed plans and plots behind the scenes to overturn the election. Her resistance to that betrayal of democratic governance brought her to the witness table. "I have set a personal goal to pursue a path of civic significance," Hutchinson once told Christopher Newport University, where she was a senior. Little did she know then, what would be required of her.

It is being reported she received veiled threats about testifying. We can only guess what courage she will need to face the present and the future. But it is clear to many of us she will be a historically favored figure, doing her best to save a threatened democracy from dying. In her own words, once again for her alma mater: "I am confident I will be an effective leader in the fight to secure the American dream for future generations, so they too will have the bountiful opportunities and freedoms that make the United States great."

Thank you Cassidy, Shaye and Ruby, and Rusty. In a world where power, wealth and illusion rule, and where violence substitutes for reason, your courage and commitment is laudatory. May you be a light to others and a spur to the Grassleys of this world.