Sitting In the Fire 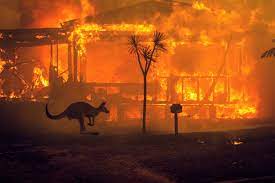 With the reports of searing temperatures and fires in Europe mirroring the ongoing threat of forest fires and record breaking temperatures and drought conditions here in the U.S. the metaphors of heat and fire have been on my mind a lot.  Boston has been enduring days of 90 degree weather with debilitating humidity.  While not as hot on the island, the weather has been unusually dry and and the parched grass in our yard crunches underfoot.  We keep an eye on the sign at the edge of the state forest that lets us know the level of danger for fires there.  It is high.

The heat  of war in Ukraine continues unabated as the military machine burns and obliterates home and hospitals and schools, melting an entire culture in front of our eyes.

In the midst of the “high season” here, the beaches draw the multitudes who find relief in the cooling waters of Nantucket sound.  There is the brief ease of forgetfulness at the water’s edge in the midst of colorful beach umbrellas and coolers stocked with cold drinks.

But the title of James Baldwin’s book “The Fire Next Time”  flutters around in the back of my mind.  It seems an apt allusion to the heat and fire of our times. 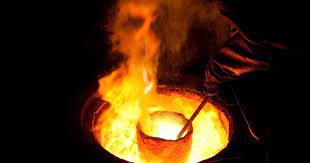 Alongside that title, the sonorous tones of “for he is like a refiner’s fire” from Handel’s “Messiah”  keep replaying in my head - - persistent.  The words are from the prophet Malachi: See, I am sending my messenger to prepare the way before me…but who can endure the day of his coming, and who can stand when he appears…for he is like a refiner’s fire and fuller’s soap; he will sit as a refiner and purifier of silver…and he will purify.

The metaphor of “fire” will not leave me alone.  It disturbs - - but it also opens a window for other ways of thinking about this burning process we seem to be in, quite literally, but also figuratively, as a species on this planet.   And I wonder…are we in the midst of “the fire that purifies?”   Is it OK to entertain that question? 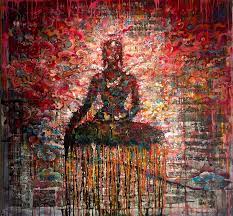 My Buddhist teacher sends out an invitation to “tea and conversation,”  inviting the sangha to engage in a thoughtful discussion of the thinking of 13th century Buddhist sage, Eihei Dogen, the founder of  Soto-Zen in Japan.  The  conversation starter is an article on a work titled Kuge - “The Flowers of Emptiness.”   (The article he shared can be found at https://www.lionsroar.com/steadfast-in-the-midst -of -samsara).  I was hooked by some words in the first paragraph: “The time and place that the blue lotus flowers open and spread are in the midst of the fire and in the time of fire.”  According to the article, “Dogen lived in a time of political uncertainty, violent weather, and cultural change. Perhaps these difficulties inspired Dogen to take up the poetic image of a blue lotus - associated with practice - realization - blooming within the fire of samsara.”     In order to bloom, the blue lotus requires the heat of the fire.


So -from two major religious traditions comes the metaphor of fire as part of a process of transformation.  The passage from Malachi evokes the image of a powerful process of refinement. In refining silver, one needs to hold the metal in the middle of the fire where the flames are hottest so as to burn away all the impurities. The high temperatures volatize the impurities that form on the surface as dross. The dross is discarded and only the beauty of the silver remains.

So, I wonder.   Is it OK to entertain the notion of the possibility that this grand human experiment may be in the process of transformation?  Is it possible that in order for humanity to become whole, compassionate, and the embodiment of lovingkindness, we must endure a purification process not unlike that of a refiner’s fire?

The prophet Malachi addressed a corrupt culture where even the religious leaders had lost their sense of vocation.  The sacrificial system was breaking down as people brought blemished and unfit animals for sacrifice - totally against the religious order of the day.  The prophet promised something like a “refiner’s fire” in the face of which no one could stand.  It is as though he could see ahead of time the deterioration of society.

The Buddhist tradition affirms that out of the fire of suffering, compassion and wisdom arise with the willingness to practice spiritual discipline in the midst of the fire of life’s difficulties and challenges.  The blue lotus blooms in the heat of the fire. 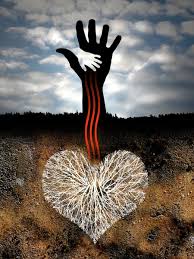 Since it seems unlikely that we will escape the suffering caused by war, ignorance, conspiratorial thinking, poverty, racism, anti-semitism, various gender prejudices, and on and on, is it possible that we might entertain the  metaphor of the “refiner’s fire?”  Is it possible, by focusing on the inner life, cultivating mindfulness, seeking a consistent compassionate response to what life offers, we might begin to understand that we are in the heat for a reason - - that we must return again and again to the center of the traditions that call us to something higher - to compassion, generosity, hospitality, lovingkindness.

Buddhism also affirms that “when the student is ready, the teacher will come.”   It seems the teacher is in the room.  The fire is burning white hot.

I take reassurance from a few other prophetic words from Isaiah 43, captured in  the hymn “How Firm A Foundation” - - “When through fiery trials thy pathways shall lie, my grace all sufficient shall be thy supply;  the flame shall not hurt thee; I only design thy dross to consume , and thy gold to refine.”

Sitting in the midst of the refining fire is painful, challenging,  and exhausting.  But major spiritual traditions affirm that if we can hold steady, practicing the high spiritual disciplines of faithfulness, lovingkindness, justice-seeking, and compassion in the midst of the fire, transformation can happen.

Holding on tight for the ride,