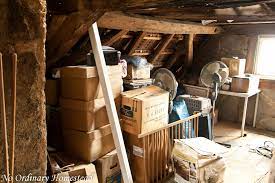 You never know what you might find in those old file folders, lying in the bottom of a box, hidden in the cubbyhole under the eaves. I was surprised to find a Lamentation I wrote years earlier, lost to my memory.

People may be aware of the book of Lamentations in the Hebrew Scriptures, the Christian Old Testament. It’s not a long book, only five chapters. Still, it sets the standard for the definition of a lament. I remember studying the three primary characteristics. Every good lament has a complaint, a request for help and the certainty that God will hear and respond.

The story begins some 35 years ago. In January of 1987, I was part of a Witness for Peace delegation in Nicaragua. We were there to express support and solidarity with the Nicaraguan people as they suffered from the violence of the U.S. supported counter-revolutionaries (contras). Afraid of the Sandinistas who had come to power there and what the U.S. government saw as their communist tendencies, our government was supporting counter revolutionary forces based in neighboring Honduras. They would slip across the border to murder and terrorize the population. Symbolically, our purpose in Witness for Peace was to stand between the contras and the people of Nicaragua, putting our lives in jeopardy with theirs. It didn’t take long to realize that aim. 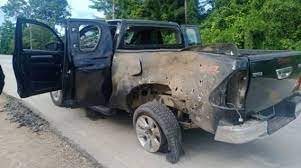 Shortly after our arrival in Nicaragua, as we headed toward a border town where our presence might discourage some of the violence, we got our first taste of the situation. We were traveling in the back of a truck with Nicaraguans heading in the same direction, some forty of us altogether, driving over a dusty rural road. Before long, we heard an explosion some distance off in the direction we were moving. Several minutes later we came on a small battered pick-up truck, lying on the side of the road, next to a crater. The people nearby informed us the truck had hit a contra land mine and the two dead farmers had been removed from the scene. If we had arrived ten minutes earlier, it’s hard to know if I would be telling this story.

Our immediate destination was a rural community close enough to the border to experience regular incursions from the contra. We accompanied farmers to their fields, walked the rural roads, sat and talked with the townspeople. Mainly, we wanted their adversaries to understand there were North Americans in their midst and any violence might risk U.S. support. 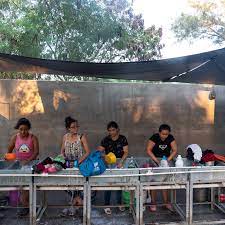 Part of our time later was spent in a refugee resettlement camp called La Posolera, a community of 83 families who once lived closer to the Honduran border, but had moved several times seeking shelter from the terror of the contras. Even here, they had armed guards patrolling their perimeter day and night, with good reason. We visited several sites around their community in pouring rain where their residents had been killed, to offer prayers of repentance and peace. 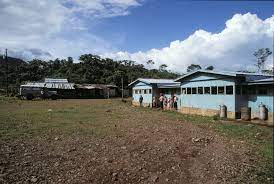 The day before I wrote my Lamentation, we visited the nearby Waslala hospital and watched as medical personnel amputated what remained of a 15 year old girls’ arm, the result of a grenade accident that killed her boyfriend. After the amputation, the doctor told us the only game children in the area were able to play was “war”! It was ever present in their consciousness!

At the end of our visit and before returning to the states, we went to the American Embassy to meet with our Ambassador. When I asked to close our time with the Ambassador with a reading of my Lamentation, it was denied. He didn’t want to hear it. As we left, it was read with only our delegation listening, outside the gates of the Embassy.

God! Where is my arm?
Who will carry my family’s water?
and shape the tortillas?
How will I hold a child to suck
at my breast?
What man will want only half
of a hug?

Have you taken it to heaven to
comfort my lover?
Or is it lost in the blood on
the hospital floor?

Make my arm busy in the Spirit world.
Help me bear my share of life’s work.

For you are the God who takes children
into your arms,
and makes all of our arms strong for
filling a cross.

Praise God in the heavens. Praise God
on the earth. Praise the name of
God. 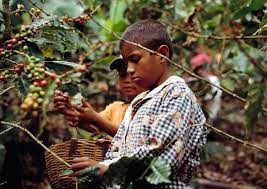 My continuing complaint, my continuing lament is, that all of the world’s children are too conscious of war. Every day they lose arms and legs and lives. Why is the alternative vision so hard to realize? When, if ever, will I be able to conclude my lament?