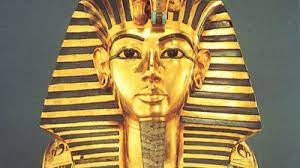 The ancient Egyptians believed in a life after death. They believed that you would return in the same body; the reason for mummification. And just in case the body still decayed beyond recognition, they would include in the burial place a statue of the pharaoh, or the noble man or woman. Of course, only those at the top of the social hierarchy, received the luxury of elaborate tombs and pyramids.
It was also important that the deceased were able to enjoy the same privileges and wealth in the after-life, as they were enjoying before death. In order to insure this royal lifestyle, things of value were buried with them, including servants. 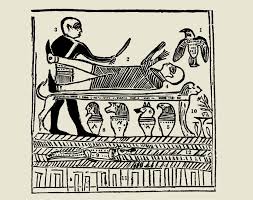 “Retainer sacrifices” were used to demonstrate the power a pharaoh had during life, and death. The “retainers” might be members of the harem, court officials, or those with the status of slaves. They might be volunteers or were simply slain. Since the pharaoh was viewed as a living God, to accompany him into the next life, in the understanding of some, would raise the status of the servant as well. Many went willingly, believing the pharaoh would become an eternal king and assure them of eternal life as well.
Although we have a tendency to dismiss ideas like “pharaohs” and “retainer sacrifices” as relics of the past, in doing so we miss some fundamental human realities and contemporary similarities. 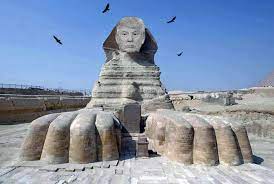 I’m thinking, of course, of modern day pharaohs like Donald Trump, and Vladimir Putin, and Kim Jung Un. They all have inflated egos that put them in the realm of the Gods and allow them to sacrifice others as they deem necessary.
I’m thinking, especially in light of the revelations from the January 6 Committee, about Mike Pence. Here is a man who was absolutely loyal to the President for four years; until he was asked to relinquish his allegiance to a higher loyalty, the constitution and his oath to protect it. How was his past loyalty to Trump rewarded? He was thrown under the bus! Because Pence couldn’t stomach lying about his authority to stop or stall the electoral count, he was given over to the “proud Boys” and their gallows, with the chant “hang Mike Pence” echoing through the U.S. Capitol. If Trump was going to be buried, you’d better believe there would be some retainer sacrifices. 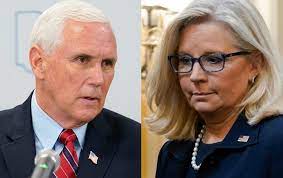 The real RINO in this country is Donald Trump. Republicans, at least traditionally, believe the supreme power in government is held by the people and their elected representatives, not by some autocrat in the White House. Mike Pence and Liz Cheney are Republicans in the best sense of the word. They don’t give their loyalty to a pharaoh, but to the people and their founding document. They have the courage of their convictions. One could hope that other Real Republicans would follow their lead, but higher loyalty seems lost in Trumpian fear. In the absence of Republican courage, many in our country seem fated to become retainer sacrifices. They will go with their God-man into the next life, and probably take plenty of others with them. 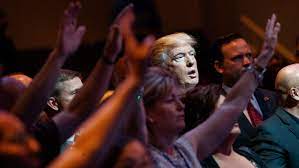 Which brings me to a word with my Christian brothers and sisters in the evangelical community; particularly those who seem to believe this former President is somehow a special emissary from God to make us a truly Christian nation. As my grandmother and even my father used to say, it’s in the deeds not the words.
Donald Trump has left us a bitterly divided country! We aren’t able, together, to discern truth from lies, evidence from falsehood. We are a bitterly divided country! People of color: black, brown, yellow, and red, are increasingly under threat as racism and hate escalates. We are a bitterly divided country! We can’t mobilize to face the challenges of economic disparity and climate catastrophe, as partisan politics and MAGA madness keeps the spotlight. We are a bitterly divided country! The religious right demonizes democrats as antichrist, ignoring the fruit of a satanic spirit in their midst; while more progressive Christians feel unwilling or unable to break the culture wars communication barrier. We are a bitterly divided country! We are on the path to losing our commitment to democracy to a commitment to the assault weapon.
We would be wise to recognize that in every age there are those who would be King, at any price. They will want to demonstrate their power and position by offering their subjects up to the gallows and taking as many retainer sacrifices with them as possible into the realms of death. At base, their fear of death is so extreme they want lots of company. And unfortunately, many of their subjects are so enraptured they will follow without objection.