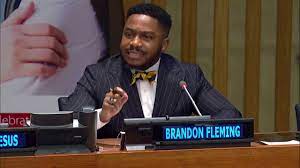 Brandon P. Fleming is the assistant coach of debate at Harvard University and founder of the nationally acclaimed Harvard Diversity Project. He’s written a memoir called Miseducated.  After reading it, my daughter initiated a more focused learning process in her third grade classroom. She decided she had to better prepare her students to communicate their opinions with each other and listen respectfully to those who disagree. Perhaps the difficulty adults have these days, respectfully disagreeing, and discussing and resolving their differences in a respectful way, was a motivating factor for her as well.

One of the classroom “debates” they had recently concerned soccer and kickball on the playground. Three of her students returned from recess angry and upset because the teachers on playground duty chose the teams. They wanted to pick their own teams. So, my daughter suggested they have a class debate and the three students went to work, diligently writing down their reasons for their opinion. The other students did the same. As each one read their opinion, the others listened respectfully, to discover all of the other class members preferred teacher selection, as it was fairer to everyone. 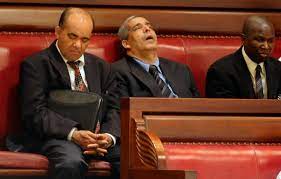 My daughter tells me these third graders don’t argue. They are learning to say “I agree,” and “I disagree.” If only the United States Senate could act like her third graders! When is the last time they lived up to their label as the world’s greatest deliberative body? Most of the time there are only a few senators in the chamber and they aren’t really listening anyway!

Instead of spending her time reading Miseducated, some would prefer my daughter spend her time being “highly trained” with a weapon. Donald Trump recommended it at the recent NRA convention. He believes teachers should conceal and carry. He doesn’t mention that “highly trained” police with body armor stood outside a school where 21 children and teachers were slaughtered for forty five minutes. He also does a disservice to the memory of all those teachers and administrators who have sacrificed their lives for those in their care, in similar shootings. Isn’t it enough, that teachers have to shepherd their children through “active shooter drills” these days? How distressing to children and teachers is that? 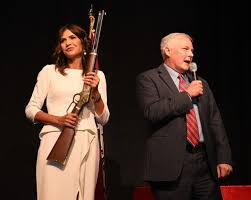 Public education is taking political hits as well as bullets. It’s the ban books, ban guns divide. Our South Dakota Governor, Kristi Noem, was also speaking at the NRA Convention. She attacked advocates of gun safety legislation. "Let me tell you the truth about the enemies of the Second Amendment,” she told the NRA members. “They are schooled in the ways of Marx and Lenin.”

Her attitude has increasingly been that South Dakota public education, through higher education, focuses too much on the past (genocide, slavery, anything evil and distressing, etc.) and not enough on this country as the greatest in human history. She’s a book banner! I’m sure she’d like to ban some teachers as well. This, as we suffer our 27th  school shooting of 2022. With her sense of threat to students from Marxist-Leninists, it is easy to purchase assault weapons.

Dear Governor Noem, and your mentor Donald Trump: do you realize the AR-15 was made to explode human bodies in warfare? Do you know that DNA samples were sought from parents at Uvalde so authorities could identify unrecognizable children with their parents? The weapon was used in Vietnam, blowing off the heads and dismembering the Vietcong, or making the torso one big hole. Let us all look at the pictures taken inside the Uvalde classroom. Make them Public! If we’re going to have to live with a disturbed 18 year old purchasing these weapons, at least let us see the reality of what they do. 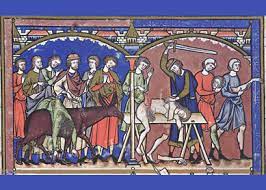 And if you insist on banning books rather than assault weapons, please include the Bible. Maybe you haven’t read it, but there are some very disturbing scenes in it. I think immediately of the Levite’s Concubine. It’s gruesome! What might a 12 year old girl think, reading that account, without a caring teacher helping her understand some of the harsh realities of our patriarchal past? Or, I’m not sure we would want some 10 year old boys learning how to slay their giants with a slingshot. You remember the story of incest, right? And when you think about it, crucifixion is a rather violent and distressing subject, without context and understanding.

Give me a caring teacher, modeling alternatives to weapons, any day.