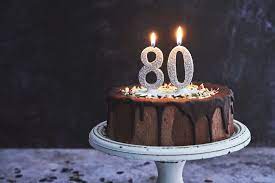 I received a “Happy Birthday” email from the High School Reunion Committee for the Class of 1960 this week.  It is the first one I have ever received.  I wondered “why now?” and then realized that this is the year when almost all of us who graduated from high school in ’60 will turn 80!  The big 8-0!

How can this be?!?  I just turned 70 yesterday!  But a quick look back reminds me that this is REAL.   My classmates and I have lived through the end of World War 2, the Cold War, the Vietnam War, the Civil Rights Movement, the AIDS epidemic, the Women’s Liberation movement, the Gay Rights movement, the assassination of a president, his younger brother, and a modern day prophet.  We lived through the “duck and cover” years, sheltering under school desks. We have lived through Watergate, through Bill and Monica, the Bush years, twice, and the election of a Black president.  We have watched in disbelief as the base of democracy has been gradually whittled away by what seem to be unstoppable obstructionists at every level of government. 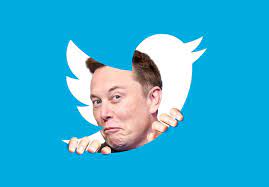 On the threshold of our 9th decade of life, we now witness Elon Musk’s purchase of Twitter and wonder what this means for the further degradation of our social discourse.  We witness the exercise of lethal power against innocent human beings in Ukraine.  We witness the narrow margin of victory over the far right in the French election.

No wonder I sometimes feel tired!  “World weary”  might be an apt description for many of us who turn 80 this year. 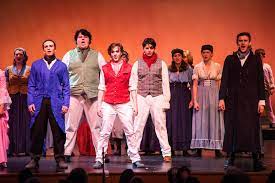 And yet…I also have witnessed our high school kids put on a stellar performance of “Les Mis” -kids committing to weeks and weeks of rehearsals to produce a very difficult musical.  I’ve witnessed a young generation of farmers working small farms with a goal of sustainability.  I’ve seen our local church grapple with racism, institutional and personal.  I’ve rejoiced at the marriage of young gay friends and watched young trans people finding their way in a community that offers them and their families support through their difficult transitioning.
I’ve witnessed my own grandchildren grow into responsible, socially conscious adults who will pick up the banner of justice and environmental concern as they pursue their chosen paths.

As I look at what I have written, I see a little more clearly that I live in  “macro” world where things seem to spin far out of control as wars are waged and election battles are fought and billionaires exert influence in frightening ways.  But I also live in a “micro” world where people care about what happens to each other; a “micro” world where volunteers glean in local farm fields in order to rescue vegetables that can be turned into  meals for people who are food insecure; a “micro” world where the church smells like baked ham on Sunday morning as food is prepared for community meals later in the week.  This “micro” world is filled with people who work hard for not enough money, who struggle to find affordable housing, who have trouble paying for medical care - - but who give generously of themselves when a neighbor’s home burns or there is a sudden and tragic death in the community. 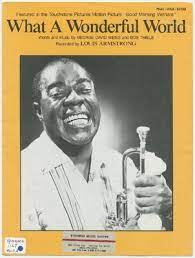 So - when I am feeling  all of my world weary 80 years, I shift my focus to the “micro world” for a bit.  It restores my hope and faith in humankind and I feel myself humming with Louis Amstrong: “It’s a wonderful world.”

Vicky Hanjian
Posted by Vicky at 7:01 AM