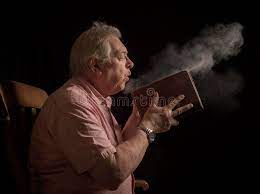 I’ve been asked to dust off the CCRC (Children’s Creative Response to Conflict) program. Fifty years old in 2022, the program began in New York State and gradually went global. In fact, their web site these days is crc-global.org. Their mission statement reads: “Creative Response to Conflict (CRC) is a global non-profit organization that educates individuals and groups to transform conflict into positive and constructive experiences that contribute to building a just and peaceful world.” The word “children” was dropped from the original program title as the skills    shared are relevant to any age group.

A friend and I were trained in the program back in the 80’s and took it to several S.D. schools, mainly in Sioux Falls and Todd County. We were scheduled to do other Sioux Falls schools when a new superintendent arrived and decided to send disruptive students to the National Guard armory for a behavior modification program, rather than have CCRC in the other schools. We weren’t promoting resolving conflicts by pointing a gun at someone, which seems to be the popular way in our culture. Besides, the Guard program was free, courtesy of the federal government, that saw it as a “feeder” program for recruits.

It appears that post-pandemic public education is experiencing some school conflicts and disruptions because of student behaviors. Some say it’s because they lost two years of socialization. If they are fifth graders, they are still acting like third graders. Whatever the reason, teachers are resigning in large numbers, parents are becoming more vocal and sometimes acting like teenagers, and some school board meetings have turned into conflict zones.

Given the need, we will dust off the CCRC program and offer it for educators when school ends this spring. It will certainly help! But my fear is, the reasons for the escalating unease and issues in the schools, and our rapidly rising incidents of conflict and violence in our communities, lie deeper than poor skills. Two recent experiences are revelatory for me. 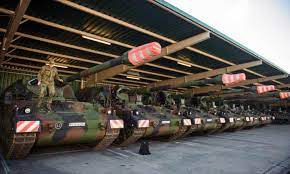 The first was watching a newscast on TV. A retired general was being asked whether the $800 million in new weaponry we were sending to Ukraine would help them “win” the war. The interviewer was young, not even born when World War II was “won,” and the nuclear age was born. (My, how that age has grown!) Can we say that any war has been “won” since World War II? Was Korea “won”; or Vietnam; or Iraq; or Afghanistan?

And weren’t we seeing daily on this very same TV channel what the war in Ukraine is like: mass graves; mass destruction; masses of refugees; masses for the dead. How is it possible for any rational person to even talk about “winning” a war in our time? The whole world is impacted in negative ways. 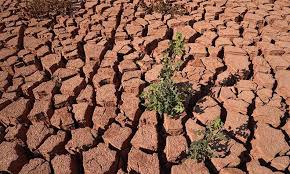 Somalia is experiencing a terrible draught. People are hungry! There is no water for agriculture!  Ukraine provides more than 50% of their food aid. No ships of wheat are leaving the port of Odessa and any harvest there is on hold. Soon the people in Somalia (no more refugees, please) will be lying dead next to their sheep and cattle. And how will that $800 million in new funds for weaponry in Ukraine affect what’s available here at home, for human need? Like the pandemic, we’re all in this war together!

And it’s the cultural conditioning and the military-industrial economic engine, that keeps us from noticing how Denmark defeated Hitler without firing a shot; how Solidarity and the laborers in Poland threw off the Soviet stranglehold; how pots and pans helped depose Pinochet in Chile; how young people offered their bodies to integrate lunch counters in Nashville, TN; how a prisoner in Africa inspired millions to break the back of apartheid; how Gandhi sent the British packing.

The other experience was listening to the radio and hearing the weather called breezy. Good grief; the wind gusts were 50 MPH. People on the edge of Sioux Falls were shoveling up the dirt blown around and into homes. It looked like the dust bowl days. When have we ever seem so many windy days, all in a row; and what kind of year are our farmers facing? Is there any awareness of the dangers to agriculture of a changing (and raging) climate? You wouldn’t know it by our folks in Congress! 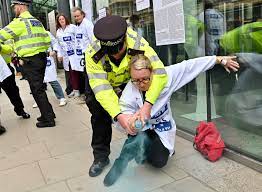 Has anyone noticed the 1,200 scientists all over the world protesting our lack of action to stop our climate catastrophe? In London they glued their reports and their hands to the windows of a government agency. In Los Angeles one was arrested at a Chase Bank, the leading funder of new fossil fuel development, where he chained himself to a door.

My students don’t watch the news. I don’t blame them. Somehow they still know what’s happening, and they aren’t happy about it. Actually, I’m hoping more young people will be disruptive; but in positive ways. Because the folks who are driving the train today are taking us all straight to hell and back. We need some young people with good conflict resolution skills and trained in nonviolence to help apply the brakes and turn us around.