There are two films this morning I can’t get out of my mind. One I watched last night on public television. Thanks to PBS, a person can travel the world from their couch. That’s not a bad idea when the globe is struggling with a pandemic and old bones don’t like 12 or 14 hours in airplanes. 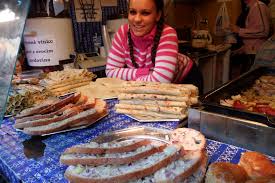 The PBS film was about Slovakia. The tour director took us to several small villages as well as two of the major cities. The villages were of most interest to me, as they revealed connections between the past and present, especially in different community events and traditions and an at-home relationship with the natural environment. People seemed comfortable in their rural environment, without the need for shopping malls and the latest in fashion and music. Traditional markets, song and dance were sufficient.

The film gave us a picture of a country of castles and churches. Some of the castles were in ruins. Others were tourist destinations with tour directors; one offered frightening theatre meant to scare and enlighten you as you explored the interior. The distant past came alive in these human creations of stone and mortar. One wondered about those who dwelled there; their passions and purpose; their loves and losses. What moved and motivated a castle dweller? What swayed their spirit? 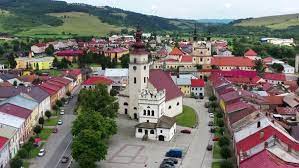 The film also showed us some of Slovakia’s churches. Two stand out in my mind’s eye. The first is from an aerial view. The church is in the center of the town square. I mean the center! There is nothing around it except stone churchyard, at least an open football field on all sides. Only then do the dwellings of residents begin to appear. It’s not the traditional courtyard, with a courthouse and the rule of law at the center; but a churchyard, with a church and faith at the center. One gets the explicit understanding the people of this community want their faith to be at the center of their community life.

The other gripping church scenes were iconic. It was an old cathedral; constructed in the 13th. or 14th. century. There was a picture of Mary. Just looking at the artist’s rendering of her could create converts to her story. Other time-worn iconic figures, surviving the ravages of time, temperature and treachery, could make a believer out of a viewer. The intensity in those pictures, rendered so long ago, remains! 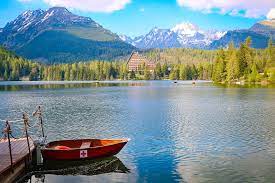 Slovakia is not just castles and churches but also forests and mountains. In the film, we go hiking on forest trails and climb high mountains. There are waterfalls and deep snow and extravagant views.  But in all of these wilderness areas there is modest but necessary human interventions, to make experience of the natural world possible; fast and sleek trains; climbing ladders; mountain top cable cars. We are offered access, but not dominance. One can hope the film will satisfy watchers and not encourage Slovakian travel, that overwhelms their capacity to provide that natural setting.

Increased tourism to Slovakia would fit with our modern mentality of “more is better.” We would want Slovakia to have more trains to carry more tourists to visit more castles and churches to boost the economy and in the process, forget the songs and dances of the past (except for show), the beauty and timelessness of the forests and the mountains, (except as they draw more tourists). 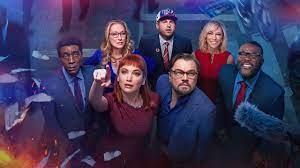 The second film I can’t get out of my mind is, “Don’t Look Up.” It first came to my attention in a message from the Sunrise Movement. If you haven’t seen it, you must! It also investigates the “more is better” theme and the result of ignoring its consequences.