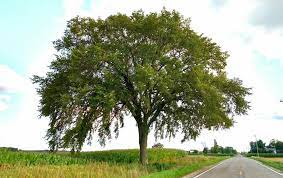 As the son of a minister, I did all of the usual church activities while I was growing up. I went to church school and youth group. I folded bulletins and ushered. I sang in the Junior Choir and eventually the Adult Choir. As I reflect back on those days, I remember singing a solo one Sunday that I’m sure helped solidify my reverence for trees. The solo was in a song composed by Oscar Rasbach in 1922. He set the words of a poem by Joyce Kilmer called “Trees” to music:
“I think that I shall never see, A poem lovely as a tree.
A tree whose hungry mouth is prest, Against the earth’s sweet flowing breast;
A tree that looks at God all day, And lifts her leafy arms to pray;
A tree that may in Summer wear, A nest of robins in her hair;
Upon whose bosom snow has lain, Who intimately lives with rain.
Poems are made by fools like me, But only God can make a tree.”

When we moved to Brookings forty plus years ago, a huge elm tree shaded the side yard. It was often visited by screech owls in winter and any number of species the rest of the year. I loved that tree as much as the birds did. Then big red X’s began to appear on elm trees in the neighborhood. Dutch Elm Disease was at large and I worried about our tree and threatened to move if we had to remove it. (I’ve also threatened to move if I have to go through more than 3 stop lights to get out of Brookings in any one direction, a reflection of my appreciation for smaller city living. So far, I can do it.) 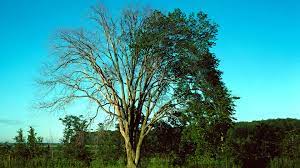 Then it happened. Our elm was ill. It had to go. I grieved. But we didn’t move. Instead, we planted a maple near where the elm tree fell, and watched it grow. Today, we delight in the summer shade it offers; the fall colors; the shelter for birds. A few years later, we added a companion maple on the other side of the house. 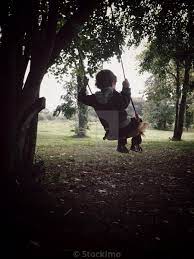 We can’t “make” a tree, but we can certainly plant them, water them, take care of them and watch them grow. Sometimes we can climb them, sit in them, even “swing” them. Robert Frost writes about “swinging” birches. Spring is best when the sap is running and the tree is flexible. You climb as far as you can, then kick out to the side as the tree top lowers and drops you back on the ground. I’ve swung birches in New Hampshire and the Black Hills and have my eye on one down the street here in Brookings. It’s young yet and I’m old. But I may have a chance to interest a young neighbor in swinging one day.

Then there’s sitting. My memorable sitting was in a tree on the edge of a New Hampshire meadow, surrounded on three sides by forest. I’ve never been as close to birds in the wild. They must have thought, as I sat still, I was part of a new and strange kind of tree. They roosted all around my head. Rabbits and deer wandered through the meadow. The day was warm, my mind stilled, my whole body treed and present.

If I sat in the tree for an hour or two, my tree sitting champion is Julia “Butterfly” Hill. She sat in a tree for 738 days, straight, from December 10, 1997 to December 18, 1999. She lived in a 1500 year old giant redwood, affectionately known as “Luna,” to keep it from being cut down and logged. Imagine, living 180 feet off the ground, on two 6 foot by 4 foot platforms for two years. A team of eight supporters took turns roping food and other supplies up to her as she experienced harassment and threats from the loggers and the company cutting the trees. Julia had a minister father too, but I don’t know that she ever sang Kilmer’s poem.

When I think about “climbing” a tree I think of those men in India climbing a coconut tree, no ropes except around their bare feet. They seem to hug the tree all the way up. Certainly the squirrels in our back yard climb better and quicker than I ever could.

As our climate continues to change, as carbon concentrations continue to increase in the atmosphere, there’s nothing lovelier than a tree. A mature tree will absorb 48 pounds of carbon dioxide a year. That same leafy tree will produce as much oxygen in a season as 10 people inhale in a year, producing nearly 260 pounds of oxygen annually. Two mature trees can provide enough oxygen for a family of four. 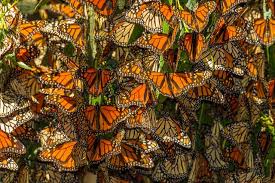 Need I mention the benefits trees offer in the heat of summer (and as the earth gets warmer) and their importance to the winged creatures; think monarch butterflies coloring the branches as they huddle for their long migration; or think of a Great Kiskadee sitting on a branch near your window.

“Growth” is part of our human reality. Our bodies grow. Our populations grow. Our communities grow. Our wealth grows. But sometimes, what we would have grow, diminishes the natural balance of growth that Creation has set in motion. More people means more development, larger communities  and fewer forests. More development increases monetary wealth as environmental wealth disappears. Trees make money instead of oxygen.

I have a friend who is the director of Baltimore Green Space. Here is an organization in a city environment, making sure trees are protected, replanted and serving neighborhoods too often stifling in concrete jungles. They are helping change the paradigm. I think of those savvy rural folks, planting wind breaks around homes and along roads and in special places along fields, to save wind blown soil and stop the wind-blown snow.

We can change the paradigm too. Trees are wealth of the most basic sort. One small act, planting a tree, can start a forest and even save a planet!