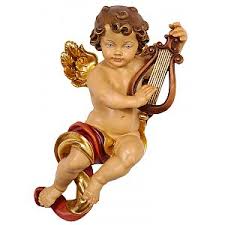 Angels are a sketchy topic of conversation.  I’m never quite sure whether it is OK to express a belief in angels or not. My husband has a humorous definition that illuminates some of the stereotypical nature of angels: they are always up in the air, they don’t have anything to wear and they are always harping on something.

But I am willing to acknowledge that the notion of angels has a lot more substance than that for me.  I think I got “hooked” on angelical thinking about 23 years ago.  We were traveling in Ireland and quite serendipitously discovered a lovely seaside restaurant called Ethna’s.  The front wall and entrance were covered with a delightful mural of the sea and fishing boats. The vegetarian offerings on the menu were imaginative and satisfying.  The staff was graceful and helpful. As we were being served dessert, the sound system was playing “I Have A Dream” -  an old ABBA song.  The frequent refrain repeats “I believe in angels, something good in everything I see.” 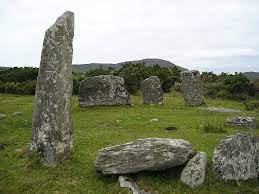 After hearing those lyrics, the entire three weeks in that magical land was filled with living “presence” as we made our way around on narrow lanes in search of stones, ancient megalith sites and enjoyed the presence of angels in each encounter along the way.

Angels became a powerful force in my spiritual consciousness about 8 years ago when my granddaughter was seriously injured in an automobile accident.  A deep brain injury.  While her parents rushed to Virginia to be with her, I was at home in Massachusetts - praying.  Spontaneously, I “saw” her in her hospital bed with all the ICU wires and tubes and bells and whistles required to support her life.  I “saw” her surrounded by what I am now calling angels, energetic beings in shimmering royal colors, deep blue and scarlet and green and white.  Four in all.   In time, I came to find names for them.  Michael/red - God’s Messenger.
Gabriel/green - God’s Strength. Raphael/blue - God’s Healing.  Uriel/White - God’s Light.  They appear in art in many ways and with different colors and attributes, but this is how they appeared to me. 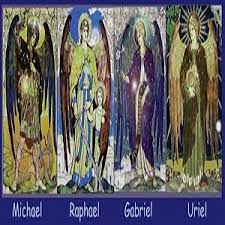 In helplessness, I could only entrust my granddaughter to whatever that Presence was that showed itself as “angels”  trusting that all would be well in the service the highest good.

So the stereotypes didn’t work anymore (if, indeed, they ever did).  This seemed to me to be serious business.  I was not sure then what it all meant.  I’m still not sure.  But what I do know is that the medical teams were inspired in their care for my granddaughter.  I do know that our island community, led by our rabbi and our minister, filled the Hebrew Center, literally wall to wall, to pray for her healing;  Jews, Christians, unaffiliated folks, teachers, the high school hockey team in full dress, friends and neighbors.  I do know that the fine filaments of human connection reach across geographical and religious and political boundaries. A Virginia monsignor, former priest of our local school principal visited  our granddaughter. at her bedside.  We knew she was “coming back” when she said she knew what he was by the  “white thingy around his neck.”  Eight years later, she has graduated college on the dean's list and is applying to graduate schools.

So - - can we talk about angels?   Each Shabbat we invite and welcome them as we sing “Shalom aleyhem malahey  hasharet malahey elyon…”   “Welcome among us messengers of shalom, angels of the Highest One, from deep within us, Majesty of majesties, the blessed Holy One.”  We invite them to come in peace, to bless us with peace, and to leave us with peace - all arising from deep within us.*

A newly ordained, somewhat left leaning Anglo minister meets with her male Korean counterpart as they begin to strategize about how to create a harmonious living and working relationship under one roof between an aging, Anglo blue collar congregation and an affluent, young and burgeoning Korean congregation. They each carry the painful awareness of a long and fruitless war in Korea, of all the racial bias and difficult assumptions and stereotypes they face as they seek to work together.  Over lunches of Chinese food and tea, angels of lovingkindness and understanding come into being. 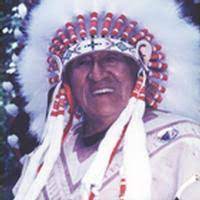 A group of mostly Anglo seekers risks learning about nonviolence from the Lakota Sioux, people their ancestors abused and tried to exterminate.  A steely Lakota Pipe Carrier invites them to participate in a Pipe Ceremony because he perceives that they are "alright."  In Harry Charger, angels of healing and awareness come into being.

A few years ago, I had to get to a medical appointment off island.  I made arrangements for a cab to meet me when I got off the boat.  It never appeared.  I have never carried a cell phone (and still don’t) and I was a bit flummoxed about how to get to my appointment.  Another cab pulled up.  I explained my dilemma to the driver. He said he wasn’t meeting anyone in particular and would be glad for the fare and would get me to my appointment on time.  My heart sang with relief at his understanding and availability and his kindness. He created an angel of love and kindness.

Last week I was unloading the groceries from the back of our Element.  I left the hatch open while I carried the bags inside the house.  Within moments, a neighbor, walking his dog, knocked on the door to let me know I had left the hatch open and did I want it closed?   He, too, created an angel of love and kindness. 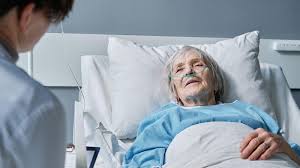 A dear friend is in the final weeks of her life here.  She shared a written statement about her experience of approaching death with her church community at the end of a Zoom worship service.  The entire congregation spent the “coffee hour” following worship responding to her with expressions of love and gratitude for her life among them.  Together, they hatched a multitude of angels of love and kindness, of compassion and oneness in the face of so much impending loss and grief.

So I am learning that not all angels are dramatic, visionary experiences.  I am learning that angels come in all shapes and sizes.  Sometimes they manifest in social and political  action when a large community of homeless human beings are finally housed and attended to.  They manifest when a community takes seriously the need to address food insecurity and develops systems to see that all are adequately fed.  They manifest in the patient computer tech support  person who may live on the other side of the world.

In our highly dysfunctional political system, in our racial blindness and strife, in our seeming need to bring out the weapons as the solution to aggression, we see the manifestation of the angels of hatred and discord and there are many.   But they pale in number compared with unnumbered angels of love and kindness that come into being at every moment if we are open to seeing them.   So, the old ABBA refrain keeps filtering through my consciousness: I believe in angels, something good in everything I see. I need to be able to speak freely about angels.  They are everywhere.  It seems as though, when,  with the Shabbat melody, we recognize and welcome them, they multiply exponentially.  I believe in angels.