He told them another parable:

The kingdom of heaven is like the yeast that a woman took and mixed with three measures of flour until all of it was leavened.    Luke 13:21 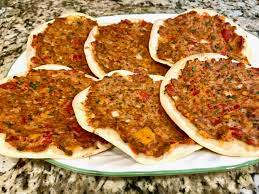 On a whim, earlier this week I decide to attempt making lahmajoun, a really tasty treat that we lovingly call “Armenian Pizza” in our family.  Essentially, it is a flat bread with a seasoned meat and tomato and parsley spread on it - baked in a hot oven.  I had never made it before.  The dough for the flat bread requires working with yeast - - always a mystery to me - - but my husband (the Armenian half of this duo) was encouraging.

I found a fairly straightforward recipe and mixed up the flour and water and yeast and set it to proof.  The recipe said “one hour.”  Meanwhile I went about making the “filling,” chopping onions and garlic and parsley - mixing in green peppers and seasoning into the ground meat.

At the 45 minute mark, I checked the dough.  Whoa!!  It was beginning to leave the bowl, having 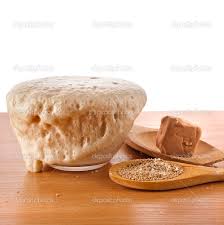 expanded to more than double its original volume in far less than the recommended time.  I shaped the dough into balls to be rolled out into 8” discs, covering most of them with a towel per instructions while I rolled out the rest and spread them with the meat mixture.

With a baking sheet of lahmajoun in the oven, I returned to the covered balls of dough to discover they had grown in size again!  Clearly I had to speed up the process or my kitchen would soon be wall to wall dough in something reminiscent of an episode of “I Love Lucy!”  (OK- So I just really dated myself!) 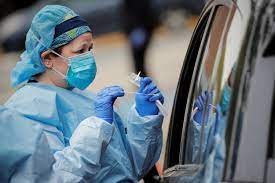 A little later in the week, we decided to get tested for Covid prior to a family gathering on Christmas.  I had been anxious about doing so because of all the news stories about long lines, slow results, unavailable tests and on and on.  So it took a bit of self persuasion in the service of my loved ones to get us both to a testing site.  And sure enough - there was a bit more anxiety as we pulled up to the 1st screening stop.  “Do you have an appointment?”   Wellll - - no.  We saw the sign that said “free testing” and we got in line.  “Do you have an account with us?”  Again -a hesitant “no.”  Expecting to be turned away, I put the car in gear, but heard the screener say "just pull over there and park and we’ll get this sorted out."

Ten  minutes later we were given the “go ahead” by a very kind young man who had taken our necessary information and entered us into the data base.  I pulled the car into the testing line.  As we approached the technician, she turned and waved to us excitedly.  From behind her mask and plastic face screen she smiled with her eyes and directed us to the right spot.  She did everything she could to make the experience a pleasant, even enjoyable, one.  The team spends 4 days a week  out in the cold and wind and rain making it possible for people to get tested.  The kindness we experienced throughout the testing process leavened the rest of our day.

That same evening, we signed in to Krista Tippett’s Solstice Gathering on Zoom.  We had barely put our greetings in the “chat” when it was announced that we were at 7000 participants and counting.  It was a most profound experience, watching the “chats” scroll by too fast to be able to read them as people from all over the planet signed in; from the Philippines, Dubai, Great Britain, Denmark, South Africa, Japan, Hawaii, Sweden, France, and, of 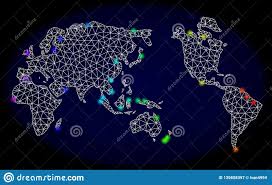 course, Martha’s Vineyard and more.  Human beings from every corner of the planet joined in a vast network for a celebration of the solstice and a time of sharing our humanity in the midst of a global concern for the health and well being of the planet and her human constituency. In the process of naming and attending to the heavy anxiety and stress with which we all live, life, somehow, became more “do-able” and I felt more connected with the goodness of humankind.   I came away from the webinar feeling more hope for us and the planet than I have felt in a while.
There is “yeasting” afoot on the planet.  The kingdom of heaven is like yeast...the kingdom of  heaven is among you. Luke 17:21