We hadn’t been paying very close attention to the weather forecasts.  Quite often there will be a lot of excitement for a few days about the prediction of a coming storm, a flurry of preparation, jugs of water stored, extra batteries in place, outdoor furniture put away or tied down and so on.  And the storm never materializes as predicted.

So we felt pretty relaxed. 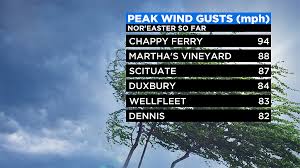 At about 2 AM (my guess) on Wednesday morning, I awoke to the sound of someone hitting the house with a baseball bat, the sound of a roaring train, and to a darkness beyond dark.  The digital clock in our bedroom was blank, no reassuring red numbers to assure me of the time and alerting me to the fact that we had lost electrical power.  A loud crack like a gunshot somewhere in the neighborhood. A tree down?  A transformer hit?

Nothing to do…back to sleep, albeit somewhat fitfully as the noise did not abate.

We awoke early to a chilly house, - - no power, no heat, no hot water and still, the darkness beyond dark with no idea what time it was.

This storm had definitely materialized. 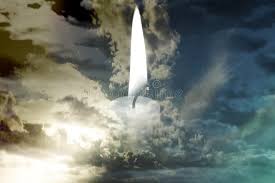 We scrambled around for candles and an oil lamp and blessed everything that is holy that we have a gas stove and we could light the burners with a match in the absence of the electronic ignition we depend on.  We have had years of camping experience, so once the initial “now what do we do?”  abated, we managed to put together a hot breakfast, already mindful of not opening and closing the refrigerator too often, just in case the power didn’t return in a timely way.

Trying to put a positive spin on things as the wind roared and the rain poured, we gave thanks for our sturdy cabin, our candle supply and matches, our warm sweaters and the ability to boil water.  We live close to the island hospital and had always assumed that we were on the hospital “grid” because we have never lost power for more than an hour or two in even the worst of storms.  Perhaps erroneous thinking?

By Thursday morning, the need for a hot shower was becoming apparent.  The neighboring street on which our son lives had power - hadn’t even lost it for more than a few minutes.  So we trooped over there for hot showers and resumed a relatively normal day otherwise - reading, doing jigsaw puzzles, phoning friends to check on their well-being.  Being without power meant no WiFi, no TV, no radio, no phone answering machine. Except for being able to call out, we were pretty well cut off from the outside world.  (Did I mention that we don’t own a cell phone?)

I grew up in the ‘50s and life without power last week was reminiscent of those years before so much technology was available. We knew so little about what was happening beyond our local, rural neighborhood.  I couldn’t help thinking about how we were able to live with the illusion that the world was a pretty benign and peaceful place.  With poor radio reception and very little access to TV,  and only the family telephone in the center hall of the house (on a party line, no less), I enjoyed a peaceful, almost idyllic, childhood. 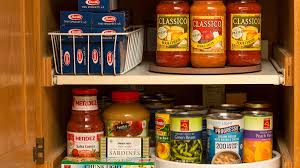 Only the generator in the garage beneath the house, the overstocked pantry shelves in the basement, the collection of jugs of water at the door of the cellar stairs, the basement room set up for living space “just in case” belied the tranquillity of daily life.  And,  then, of course, there were the frequent bells in the school hallways that summoned us into the basement where there were no windows, where we curled up as small as we could with our coats over our heads.  There were posters on the walls with instructions to “duck and cover,”  to wear white or light colored clothing, to roll into a ditch at the side of the road for protection - - all symptomatic of the “Cold War” and the fear of nuclear annihilation.

Two and a half days after the storm, the power came back on again.  We blessed the EverSource utility team in our drive way as we returned from errands in town.  We booted up the computer to see what we had missed.  I did the morning dishes with hot water from the faucet.  Our enforced Sabbath was over. 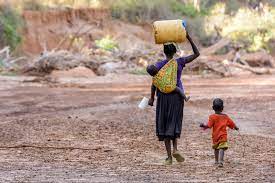 The power outage renewed my mindfulness that there are whole populations on this planet who live without power, who walk miles for water clean enough for human consumption; whole populations who cannot depend on EverSource to get them up and running, who have no local hospital to attend to their health needs, whose babies die for want of simple vaccinations or medical interventions that we take for granted.

The power outage reminded me of the unspeakable imbalance of power that exists between affluent, developed countries and countries where unlimited power on the part of a few wreaks havoc among the people; the imbalance between the power of wealth and the powerlessness of extreme poverty.

Living without power for a couple of days has turned into a mindfulness exercise.  Now - I am alert for where this stimulation of consciousness will lead next.

Meanwhile, I check for the level of power in the flashlight batteries and I renew my collection of candles…just in case.