As I took my evening walk and passed a familiar spot last night, I thought of Toby. It was altogether appropriate I would think of him while walking, since he taught me how to walk. And the spot was familiar, because it was special to him. 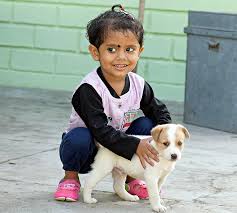 It all started with our daughter. She brought Toby home with her one day. Perhaps her mother knew Toby was coming, but I had no clue till he appeared.  He was good looking (one might even say cute) and seemed quite friendly. So I didn’t object to his presence. Most important, he wasn’t in the habit of barking. I still have a picture in my mind of my daughter and a friend playing with him outside on the lawn that first day.

When I was growing up we never had pets, unless you counted my baby chicks, but that’s another story. I probably didn’t know this dog was coming as I likely wouldn’t have been that supportive. But once Toby was with us, I became accustomed to his presence, even enjoyed it. That was before my daughter left for college and left Toby behind. What happened to the, “I’ll take care of him” pledge, as colleges don’t seem too happy about dogs in the dormitory.

Care-taking Toby needed to be passed on to someone else. My major responsibility became an early evening walk. This was a struggle! Toby didn’t know how to walk, at least as I understood it. If I were to describe what we did in his terms, we didn’t go on a walk, we went on a smell. Every few steps we had to stop for a smell. Or once in a great while, he got a sniff of something far off and would run like crazy to get to the next stop. In all of this, I am on the end of a leash, not one of those expanding leashes, but one that keeps you connected to the creature pulling you. 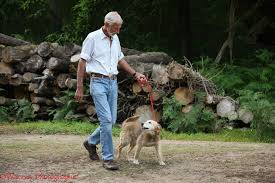 I set out on a mission to train this dog and teach him how to walk, human style. Each time he would stop for a smell I would say, “no Toby, we are walking,” and pull on the leash. He would resist, as if to say, “no Carl, we are smelling.” And so it went, for weeks on end.

Then one evening, as we passed what I now call the “familiar” spot, Toby decided to do his business there. It was at a fire hydrant. Only this time, for some reason, Toby backed up to the hydrant, climbed up it a few inches with his back legs, and dropped his dog poop at the base of the hydrant. I’d never seen such an outrageous and hilarious dog stunt in my life. It endeared me to Toby in a new way and that familiar spot saw similar activity as the weeks and months went by; always climbing with his back legs.

Our walking habits changed. I waited for a smell. Toby responded to a gentle tug. We walked more in harmony. I quit worrying about how long it would take to get where we were going. I quit trying to “train” Toby to walk like a hurried and harried human. He acknowledged my attention and gentleness with new found responsiveness. 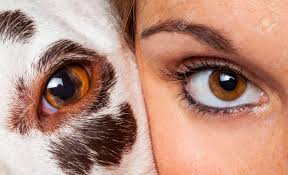 Another thing changed. Toby started to look at me. I mean really look at me, eye to eye. When he wanted to walk, when he wanted my attention for something, anything, he would simply come over to me and look at me. I could be reading the paper. He would just stand there, no barking, till I realized he was looking at me and gave him my attention. He modeled patience and persistence; always good traits for humans as well as dogs.

What is it about our relationship to other than human creatures, that speaks of connection, of intimacy, of common origin? How is it we can eye each other and see deeply? How is it that watching them, we humans can learn to fly, to swim, to walk?

I’ve learned how to walk from Toby. You might say I amble. There’s no great hurry! It’s OK to smell and gaze and be in awareness of the world around you. But perhaps I learned something even more significant. Animal or human, we do best when we befriend another when they operate on a different wavelength than us; rather than trying to change them to ours. It’s as simple as saying, we can learn too, and even a dog can teach us.