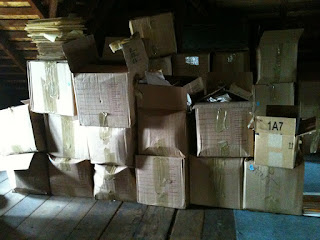 There’s a storage area under the eaves that has been receiving my outdated letters and papers for somewhere around forty years. Since it’s obvious at this point in my life historians will not be pondering over all of my old personal records, the sluggish process of disposing of boxes of files has begun. In some instances, I find myself thinking, “why in heavens name did I save that?”

Not so the most recent box. It has taken me several days, working sporadically, to empty it. The box contained old correspondence. Most of the letters, post cards, Christmas missives, thank you’s and miscellaneous announcements and invitations were disposable, after they were carefully reviewed. It has been an adventure into the past.

One thing was quickly obvious. People communicated in letters. Some of the eight and ten page letters I had to save, simply to prove to others that people used to put the pen to paper to share what they were doing and thinking.

It’s not like today, where we’re lucky to get an email with more than a paragraph or two. Since I’ve had a computer, I can only think of two lengthy emails I’ve received, like personal letters. These days, if you really want to find out what’s going on in the life of another, you need to plan a time for Zoom or Skype or some manner of virtual engagement. That’s even true for those friends and acquaintances a world away. 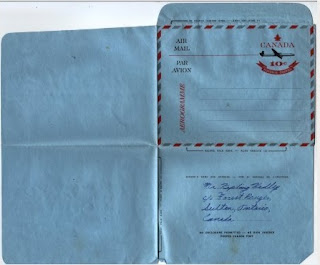 Mail between the U.S. and India used to take weeks. I’d be home before my wife would receive the post card I sent from Delhi three weeks earlier. Now, I don’t get any of those old blue airmail letters from friends in India. I don’t even know if those materials exist in 2021. You wrote on one side of the thin paper and folded it so the address could be placed on the other side, and the sticky stuff was right there waiting for your saliva to seal it. It was surprising how small a person could write and how much could be said on one thin page; that sometimes slipped over onto the back where all could see it. I’ve had to save a few of those letters, just so the great grandkids will believe me.

There were so many letters in my box that began, “I’m sorry it’s taken me so long to write.” Then they would say how they started a letter several times before, but weren’t quite sure they were ready. They didn’t know if their thoughts were all together or if they had the words yet to say it well. It made you realize that this was an important missive. There was something of importance they wanted to communicate and you were a trusted receiver. In most cases the assumption of import was accurate, as they wrote about critical life happenings or decisions. Sometimes it’s easier to put personal things down on paper that are harder to communicate in person. 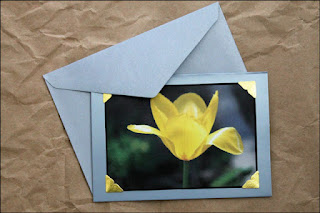 Some correspondents made their own envelopes out of all manner of creative material: a colorful magazine picture; a recent event poster; a paper sack; an old photograph. Another would always send a home made card out of thick paper, with a picture of a flower she had taken on the cover.

Even though years have passed, reading those twenty and thirty year old letters made me wonder, “where are they now? I know he’s not in Zimbabwe; is she still in Germany?” It even led me to do a couple of internet searches, without success. I guess you need more recent personal knowledge than something thirty years old.

There were several surprises in the box. One was a letter from my older brother about the distribution of my father’s ashes. That was long forgotten. Another was an envelope with two drawings of owls, a special bird for me and known only by close friends; but I don’t know who drew them. Many of the longest and most revealing letters came from participants in intercultural education programs I led in India or Native American communities here in South Dakota. It made me realize how three weeks of living and learning together in new and different cultural settings can have a profound affect on a person and deepen relationships with others. 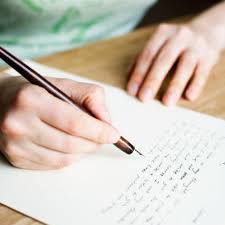 In the end, that was my primary reminder from the correspondence box. As we live in a culture that is always asking more of us, keeping us busy with the work of accumulation, it’s helpful to get away with others into a different space, where we can observe and be still. Good learning environments enable us to offer, not take! And good relationships require time and space, and sometimes the written word.