"Where is the Balance?" 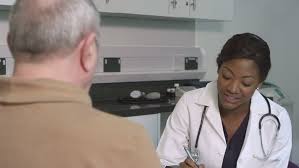 Whenever I go to the doctor these days, the nurse gives me an initial quiz. Perhaps you get the same routine. My quiz always includes a question about whether I’ve fallen. The first time I heard it I thought, “What, do I look unsteady on my feet?”

Now I recognize that as we get older, it’s easier to lose our balance. Sometimes the blood isn’t flowing quite right. There are those dizzy moments after climbing the stairs or being sedentary for too long. Bones are more fragile in falls and they take longer to heal with age. Sometimes good or poor balance can mean the difference between life and death.

Recently I was introduced to the situation of vertigo. Those little crystals of calcium in our ears can get so out of whack that there is no balance in our body. Everything is spinning. We need a steady hand holding us up. We need a physical therapist moving our head in rhythms that move those crystals back where they belong.

Today, I want a nurse, a doctor, a physical therapist for my country. My country can no longer put one foot in front of the other. Everything is spinning and out of control. Fall follows fall. I want the question put to my country. “Do you have dizzy spells? Have you fallen recently? Have you lost your balance?” 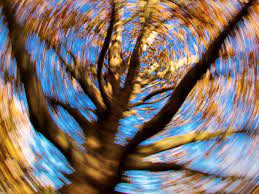 If I may be so bold to answer, it would have to be, “Yes, my country is dizzy. The situation is approaching vertigo. The country has fallen, again, and again. It has been out of balance for most of my adult lifetime.” Perhaps it started before Vietnam with Korea. But certainly Vietnam, Iraq and Afghanistan have been catastrophic falls, with subsequent broken bones, lives and nations (including our own).

For me, the crystals in the inner ear of our country are dollars. They are flowing in the wrong places, making us dizzy with war and preparation for war, with death and destruction. We have vertigo. We are seemingly unable to right ourselves and envision the possibilities balance might bring.

It is estimated that since 9/11 we have spent $21 trillion on our invasions of Iraq and Afghanistan; our military operations in Yemen, Syria, Somalia and Pakistan; and enhanced homeland security. After 20 years of war, almost a million deaths (300,000+ civilians and 15,000 U.S. military), and all of those dollars, what do we have to show for it? Even if we pick up the pieces for the broken limbs and spirits of our veterans, who will right the balance in those countries left behind? 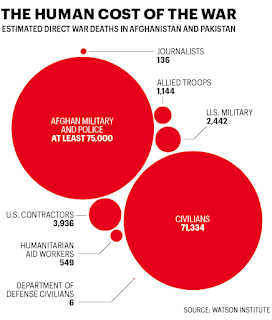 There is no balance in our government. Military spending is non-partisan. In the wake of our exit from Afghanistan, the House Armed Services Committee voted to add another $25 billion to the proposed defense budget, $37 billion more than approved for this year, for a total of $778 billion. We are told it will help “ensure we have the resources to counter the growing threat from China and other adversaries.” So we need $4.7 billion more for shipbuilding, $1.7 billion more for aircraft, and $878 million for combat vehicles (I suppose for those we left behind for the Taliban).

More than half the federal budget goes for war and the debt of past wars. Why? A recent study revealed that nearly four dozen members of Congress are invested in weapons corporations that have seen their value rise nearly 900% since the start of the war in Afghanistan. Every state now has defense industries and military bases that can determine the economic well being of whole regions. Our national economy is a war economy. Let’s face it! Where is the balance? 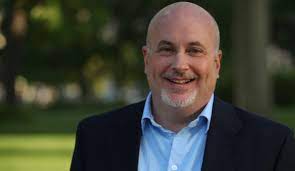 The greatest threat to our security right now is a global pandemic. A bill has been introduced in Congress to take $9 billion from the Pentagon budget that would help vaccinate 30% of the population in low income countries. Rep. Mark Pocan said, “At a time when America spends more on its military than the next 11 closest nations combined, we should be able to sacrifice a little over one percent of that to save lives, build global goodwill, and actually make the world a safer, healthier place."

Have we learned the lessons of empire? In a warming world that threatens us all, can we shift our emphasis to healing, instead of causing, the brokenness? Is our spiritual life rich enough to rein in materialism? Can we begin to restore balance in our country?