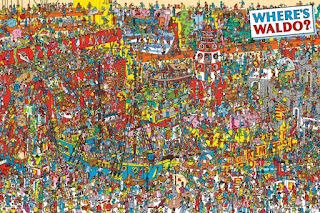 And the Lord said to Moses: “You are going to rest with your ancestors, and these people will soon prostitute themselves to the foreign gods of the land they are entering. They will forsake me and break the covenant I made with them.  And in that day I will become angry with them and forsake them; I will hide my face from them, and they will be destroyed. Many disasters and calamities will come on them, and in that day they will ask, ‘Have not these disasters come on us because our G-d is not with us?’  And I will certainly hide my face in that day because of all their wickedness in turning to other gods.

It’s not a message I would want to hear on my death bed after spending my life in behalf of a congregation, but there it is.

Sometimes asking the question almost leads the way to an answer, or at least a different way to think about the question.  I stumbled on The Way Into Jewish Mysticism by Lawrence Kushner.
He ponders the same question, but with greater wisdom than I possess.  He writes: Often it is not what it seems at first to be evil that is the problem, but our inability to see how G-d is behind it or within it. In Jewish mysticism, this is called “G-d hiding G-d’s face.”

When I look back at the Moses episode again, I see that G-d didn’t say “I’m out of here -I’m leaving,”   G-d said:  “I will hide my face.”  To me, this implies Holy Presence in Absence.

Back to Kushner where he cites the Baal Shem Tov, a master of Jewish mysticism: In G-d’s “hiding” we are not able to fathom the good that is latent within the hiding.  Indeed, if we could understand that some greater goodness is concealed within G-d’s apparent absence - that the hiding is for a reason, then we might be able to discern the purpose of G-d’s apparent withdrawal.  The Baal Shem Tov would conclude by saying that “I am more afraid of not realizing that G-d is hiding than I am of the actual hiddenness itself.”

Rounding one more bend in the road, I recall something I read in Teilhard de Chardin’s work years ago.   Kind of nice to know he pondered the question of evil and God too.  He didn’t write in terms of God’s presence or absence, but rather brought his own scientific and philosophical mind to the question: Evil in all its forms -injustice, inequality, suffering, death itself - ceases theoretically to be outrageous from the moment when, evolution becoming genesis, the immense travail of the world displays itself as the inevitable reverse side - or, better, the condition, or, better still, the price of an immense triumph.  Earth becomes the matrix in which our unity if forged.

So, tonight, when sleep eludes, a bit of mind bending meditation perhaps - - Divine Process hidden within the tumult and the chaos, in what appears to be relentless and unending sorrow and suffering, violence and ignorance.   Well, of course!! Isn’t that what the ancient story illustrates: 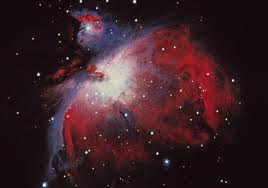 In the beginning when God began to create heaven and earth, and the earth was welter and waste and darkness over the deep…a chaotic scene to be sure and a Holy Breath brooded over the chaos, invisible, imageless, hidden…working.

An ancient story for our time.