Maybe others remember reading about it back in January of 1966. I missed it, or at least don’t remember it. There was an accident in the skies over the Mediterranean Sea. An airborne B52 carrying four hydrogen bombs was being refueled. Something went wrong and the refueling plane exploded, killing all four crew members aboard and sending the B52 crashing to the earth in pieces.
Three of those seven crew members lost their lives. 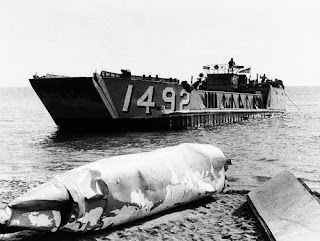 Three of the hydrogen bombs were found on land, near the Spanish fishing village of Palomares. The non-nuclear explosives in two of the bombs detonated when they hit the ground and spread highly radioactive, carcinogenic, pulverized plutonium over the surrounding countryside. The fourth bomb was found in the ocean after a two and a half month search.

The reason this has come to my attention so many decades later is an ongoing court case. The Air Force sent some 1,500 personnel into the Palomares area to clean up the debris in the midst of all the plutonium dust. They were there for weeks handling that dust, washing it off village surfaces, putting contaminated soil in barrels, cleaning it from clothes, incinerating truckloads of poisoned debris. One small particle of plutonium, inhaled or ingested, can cause cancer. 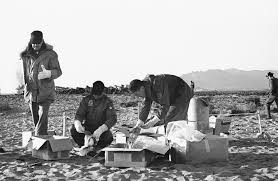 That was 56 years ago. Some of those veterans are still struggling to get some compensation for their illnesses. Many have died. And only now has a judge ordered the Department of Veterans Affairs to revise how it evaluates disability claims from the accident. The Air Force never even included the plutonium cleanup in its list of “radiation risk activities.”

“Thank you for your service.” Sometimes they seem hollow words indeed. I’ll always remember the member of my congregation, laying in the hospital bed where he would soon lose his leg, after years of pain and illness, one of those Army personnel who entered the nuclear testing ground, assured by the Army it was “safe” to do so.

We don’t have to return to the sixties to recognize the consequences of our nuclear death wish. Back in the Cold War era, the French government conducted both underground and above ground nuclear weapons tests in the Algerian Sahara, contaminating local populations, the surrounding desert and French troops carrying out the tests. 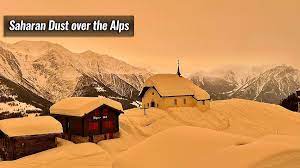 This February, 2021, strong winds blew North from the Sahara, carrying dust over Spain, France, the UK and Ireland. Sometimes the large quantity of dust turned the sky orange. In the meantime, the French Association for Control of Radioactivity in the West, announced the dust was radioactive, blowback from those earlier French tests. Researchers gathered the dust from car windshields and found cesium-137, a radioactive isotope not found in nature but produced in nuclear weapons tests. Some sixty years after using their colony for testing, France receives the fallout.

The British have a massive submarine base near Helensburgh, Scotland. They are intending to increase the discharge of radioactive waste into the ocean, up to 50 times the present discharges. The liquid radioactive waste is generated by the nuclear reactors that drive the submarines and the processing of the nuclear weapons. The increased waste will contain cobalt-60 and tritium.

One supposes the Atlantic should share in our nuclear nonsense. The Pacific has its own problems with the continuing saga at Fukushima. When will all that radioactive water flow unceasingly into the ocean? How many more water tanks can be constructed and where will Tepco place them? What happens in the next earthquake or Tsunami? The last earthquake, in February of this year, caused 20 of those tanks to “slide.” 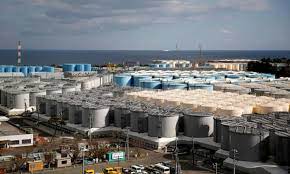 The Kings Bay Plowshares tried to disturb our conscience almost four years ago with their nuclear disarmament action. The group of seven Catholic activists entered the Kings Bay Naval Submarine Base and carried out a series of symbolic actions, like spray painting “love one another” on the sidewalk. After almost two hours on the base they were willingly arrested. They were charged with conspiracy, destruction of government property, degradation of a naval battalion, and trespassing. Several have been in jail awaiting sentencing.

They take their Plowshares name from the prophet Isaiah, who famously said to “beat swords into plowshares.” During their time on the base, one of them read the statement of Pope Francis denouncing nuclear weapons. 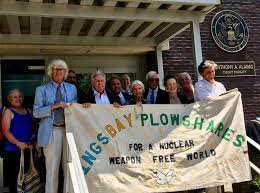 One wonders where the rest of the Christian community is? Too busy preaching individual salvation to address social salvation? Too focused on worshipping God in sanctuaries and too blind to the work of the devil in the world?

Now that nuclear weapons have been declared illegal by the United Nations and the 50 countries who have signed the Treaty, we need an outcry of “enough,” in this country and around the world, before the blowback hits us all.