"Life Is Too Deep Not To Dive"

Like when you decide to fly halfway across the continent, retrieve your eighty-one-year-old mother, and bring her back home for an extended visit. When you purchase your mother’s ticket from the airline, you schedule wheelchair assistance. You confirm the arrangements with Customer Service, both by email and phone.

But on the blessed morning when the two of you arrive at the local airport, ready for your day-long journey, no wheelchair is in sight. Anxiously you look up and down the sidewalk beneath the sign that reads “Departing Flights.” Nothing.

With reluctance, you situate your mother on a bench, curbside. You set luggage around her like guard dogs. Then you run inside the terminal to inquire at the ticket counter. 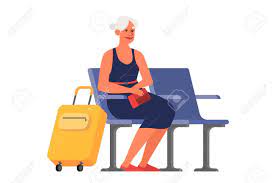 Finally, after negotiations, you’re allowed to borrow a wheelchair. Two more trips back and forth to the curb until, at last, your mother and the suitcases are inside the terminal.

Huffing and puffing, you temporarily abandon the baggage and trundle your mother up to the ticket counter. You yourself have already checked in, online, but “passengers receiving special assistance” must do so in person. (“What `special assistance?’” you wonder.)

The ticket agent registers your mother and checks her bag. Then he calls for a ground agent to deliver her to the gate. Twenty minutes pass. Thirty. Forty. The attendant doesn’t appear. With the clock ticking down toward boarding time, the ticket agent advises you to push your mother to the gate yourself. (Just as you’d offered to do, in the first place.)

This means going through security. The airline had assured you that your mother would be able to bypass all screenings due to her age and her frailty, but alas, no. Security personnel even confiscate her cane, to run it through the X-ray machine. 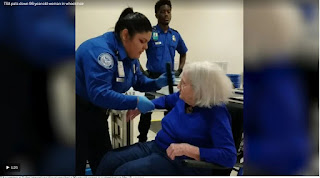 After they decide your mother isn’t a terrorist or a drug mule, you resettle her back in the wheelchair, gather up all your belongings, then hurry off toward the gate, sweat rolling down. Every bump you hit irritates the arthritic spurs in your mother’s neck…

The rest of your journey continues as it began—nothing going as planned, no “special assistance” at all, from the first airport to the last. Except …

Outside airport #1—do you see the elderly woman seated on the bench, just down from where you perched your mother? When you greet her, her lovely face lights up, above a colorful neck scarf.

“You two take care of each other,” you say to her and to your mother, but you needn’t have said a word. Even as you leave to scrounge up a wheelchair, they’ve started to swap details about their lives. 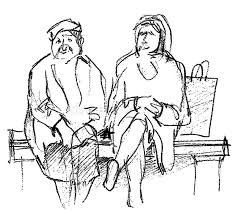 One of these women is black, the other white; one, a Southerner, the other a Yankee—but they’re laughing like a couple of schoolgirls. Each is eighty-one, they discover, and traveling in the company of a daughter…

And notice now the pilot, after your first flight has landed at Chicago O’Hare. He watches the passengers disembark, wishing them well. When only you and your mother remain aboard, and no wheelchair has yet materialized on the jetway, he surmises the problem. “I’ll take care of it,” he says.

Soon a ground agent, Ashwaghosh, is helping your mother into a wheelchair. Notice how gently he supports her. Notice how he doesn’t rush.

Aware that your connecting flight will soon board in a different terminal, Ashwaghosh rolls your mother rapidly through the crowd. After four years of pushing passengers around O’Hare, he obviously knows every inch of public space in the airport, including the shortcuts. As you hurry to keep up, you ask him questions about his life. He describes how he walks seven or eight miles a day behind wheelchairs—even now, when O’Hare is still operating at reduced capacity, due to the pandemic. 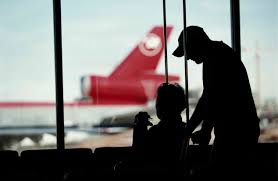 Ashwaghosh pushes buttons on a series of elevators. He tells you how his parents and brother still live in his native India. Numerous people he knows there are suffering terribly from COVID-19. They’re desperate to be vaccinated, even as so many Americans refuse the opportunity.

He himself caught COVID recently, just before his appointment for his first shot. “People think COVID is like the flu,” he said. “Trust me. It isn’t.”

He wheels your mother up to the gate, just as the doors are opening. “Your flight is boarding now,” he says. “I’ll take you down the ramp to the plane.”

You know that you’d never have made this flight without him. Once your mother is safely seated, you follow him back out of the plane. You give him a grateful tip. Then, putting your hands together as if in prayer, you bow slightly. “Namaste,” you say. 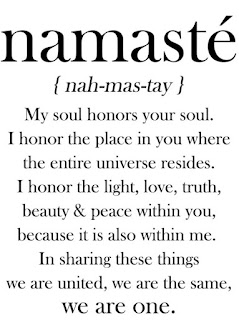 He looks confused, as if you’ve spoken English with a strange accent. Then he smiles, realizing you hadn’t spoken English at all, but a Sanskrit greeting of his native land.

* * *
Yes, it’s true—despite all preparations, life doesn’t always go as planned. When it doesn’t, the waters can get choppy, even too rough to swim.

That’s when we would do well to dive deep. To pay attention to what lies beneath our best-laid plans. To notice what’s waiting there—ordinary yet precious things and people that, had our plans gone through, we might have missed forever.

Life’s just too deep not to dive.