These days I’m hesitant to admit that I was a member of the Young Republicans in college. In fact, I was one of the officers of our group. I listened religiously to Paul Harvey on the radio. He was the Rush Limbaugh of an earlier generation; just that he told the truth more often, as most people used to do. My hope was to have him as our commencement speaker at graduation. But even as student body president my senior year I couldn’t make that happen. 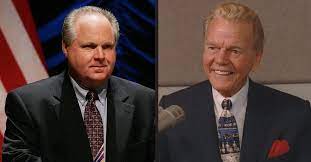 Then I went to one of those liberal Christian seminaries on the east coast and discovered Jesus didn’t care as much about what I believed as what I did. In three short years, living, studying and working in a racially diverse community, I became one of those “radical leftists” present day Republicans are always targeting and blaming, often because we care deeply about racial equality. Racial discrimination and structural racism became clear to me in that urban environment. People of color were equal in humanity but structurally burdened. It was only there I began to understand the same situation prevailed in my home state of South Dakota. Racial injustice was just easier to hide, as with fewer people and vast spaces you could ignore the original inhabitants better. 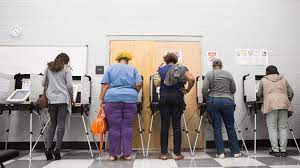 For the Trump wing of the Republican Party today, it’s all about race. That means it’s also about democracy. You don’t turn some people away from the polls and pretend they are represented in the democratic process. The plethora of bills to limit access to the ballot in states with Republican heavy legislatures, is startling. When one looks closely, those places most likely to suffer from ballot limiting efforts are areas with large numbers of voters who are people of color.

You can start back in 2016. Without a shred of evidence, Trump told us there were busloads of voters from Massachusetts voting in New Hampshire and that’s why he lost the state. Instead of encouraging the electorate to trust a secure electoral system that represents the will of the people, as every President in history has done, Trump does the opposite with Stop the Steal and his continuing support of ways to overturn certified votes. All of this when his own election official claims 2020 was the most secure election in history and as fellow republicans with integrity refuse his efforts to change votes. 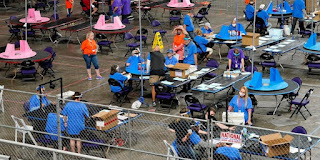 The new recount of the 2020 election in Arizona is a farce. It is being done by a private company, run by a QAnon conspiracy theorist, with no experience in election recounts. In December, he retweeted a post that claimed Trump may have gotten 200,000 more votes in Maricopa County, thereby giving him the Arizona election. Cyber Ninjas (honestly, that’s their name), were not allowing journalists or election officials to observe their “recount” until forced to by the Republican senate that hired them. Now one journalist at a time sits far up in the hall. No one knows what training counters received, if any, or why they are using UV light on the ballots. Just one small detail, Cyber Ninjas didn’t require counters to use red pens in the work area, but they started working with black and blue ink that could be used to change ballot marks, until someone called them on it. Election officials all around the country are aghast. 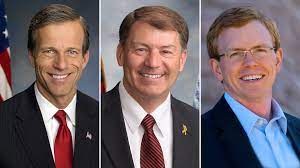 This Arizona count is just for Maricopa County, the largest and most racially diverse in the state with 2.1 million population. If you look where all the previous challenges to the election took place, in Michigan, in Georgia, in Wisconsin, etc., there are always large communities of color. God forbid, for Trump Republicans, that black and brown and yellow and red people should vote. The Trump wing of the Republican Party has become the new confederacy and those remaining Republicans with any sense of decency and integrity are leaving or sidelined. (I actually saw Mitt Romney clapping at something President Biden said the other evening, in his 100 days speech to Congress). Many, like our own Congressmen, are lacking the courage to respond to Stop the Steal, preferring the halls of power to the risk of potential political poverty.

So we move into the future encouraging the young not to vote. It doesn’t make any difference. Elections are corrupt.

We move into the future preparing for election chaos as more and more states make voting more difficult and more partisan. In 20 states, there are 40 bills to expand powers of partisan poll watchers. Texas will allow videotaping those receiving help from an election official. Florida will allow unlimited challenges of ballots.

And Georgia allows any resident unlimited challenges of the qualifications of other voters. Teamed up with the Texas group True the Vote, 360,000 Georgians were challenged before the runoff election in 2020. 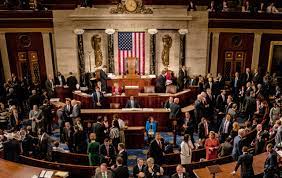 There’s an effort in Congress to protect the vote for every citizen and stop the manipulation of voting districts by gerrymandering. It deserves the support of everyone of us who still believes in the overriding ideal of democracy, even when we are in the political minority.