I forget how old I was but I was still riding a tricycle. My older sister had some of her girl friends over at our house and I can still see them playing out in the front yard. I was riding my trike down the side walk, fast, trying to impress them. Something happened. I crashed and hit my head on the concrete. I hit hard enough to leave a scar. 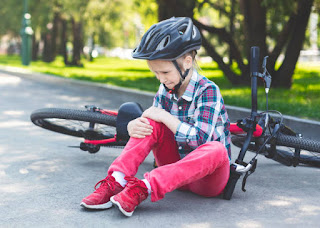 Then there was the time my sister wanted me to play Robin Hood with her. She had made a bow and arrow from scratch and, as the story goes, needed me to put the apple on my head. She would shoot it off. Unfortunately, she missed, and the scar is just an inch from my left eye.

These days surgical scars are less visible, given the surgical instruments that are used. The scars from my gall bladder removal are hardly noticeable, not that you would likely see them, or want to.

But I’m thinking more about internal scars today. Two friends have posted messages on the internet inviting people to sign on to their availability if someone needs to talk. If so, are you available? Is your phone on, your door open, your time theirs? Are you willing to sit and listen over a cup of coffee or a glass of wine? If you are willing, you sign on!

Whereas external scars become less visible with the passage of time, the internal scars may sit in silence for a long while and then all of a sudden erupt into the light of day. Trauma sometimes simmers for years. Internal cuts and bruises can build over decades to a full blown concussion. Unseen, internal scars can shape our destiny, often without our knowledge or acknowledgment.
The pandemic is scarring us inside and out. We seem to live in a fantasy world in this country, thinking that if only we can get 80 percent of the population vaccinated, things can begin to return to normal. As usual, we will work hard to alleviate the symptoms without searching deeper for the cause, and fixing it.

Does it make a difference if the virus originated in a “wet market,” a modern day demonstration of our broken relationship with the natural world? Or what if it originated in our broken relationship with each other, escaped from a Wuhan lab that likely does biological warfare research, (for defensive purposes, of course)? If one of these is the cause, shouldn’t we correct it? 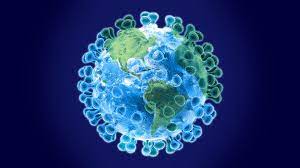 This is a “global” pandemic! We won’t stop this scarring, inside and out, without a global effort. Apparently, vaccine makers are reluctant to lose their patents so more can be made and shared. The World Health organization warns how wealthy countries are using available vaccine supplies as the poor receive the ravages. The Southern Hemisphere is vaccine starved! Certain countries are hoarding.

The U.S. has finally been surpassed for the most positive covid cases in one day. On April 24, India posted almost 350,000 cases. A friend in India wrote: “There is a scarcity of vaccine all across the country. In some states it is acute. With the present wave, which is a super spreader, people have became panicky and there is overcrowding in vaccination centers. The most distressing experience is that patients are dying due to lack of oxygen in critical care centers, a little over a hundred by now. The central and state governments have failed utterly in this. Anger and resentment are burning in the minds of people but due to Covid restrictions people can't protest openly. The burial of the dead is far more distressing than anything else. There are long queues of  dead bodies outside burial grounds. There are cases of three to five bodies cremated in a single pyre.” 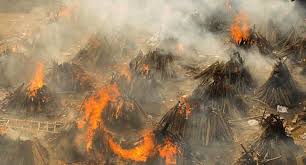 It’s amazing how we mobilized in this country to fight two world wars, and we continue to spend half of our wealth on preparation for present and future wars. But for a global war against an invisible but known adversary, we can’t even seem to mobilize our own country to fight our own battle, let alone come to the aid of our fellow human beings.

“Freedom isn’t free” is an American idiom. Who and what will we sacrifice in this global pandemic to protect our “freedoms”? What scars to the body politic will result and fester from politicizing the wearing of masks? What scars will take root as people stand hours in line to get a vaccine that isn’t there? What trauma comes from cremating a loved one in a parking lot or leaving their wrapped body outside the cemetery? What will be the future for a world where humans have forgotten their integral relationship to creation and each other?

Are you and I available to talk and heal and change? 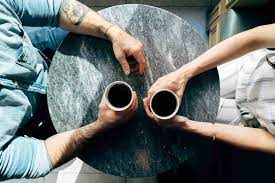