Morning On the Beach

We walked on a pristine beach this morning-my granddaughter and I.  She is recently home from college in Canada, having completed her college career.  No ceremonies so far, although a remote graduation ceremony is being contemplated by her university. Her Honors Research Essay is titled "Futuring Human Rights In The Pan-Canadian Framework"- a formidable examination of Canada's political engagement with climate change and how climate policies take into account (or ignore) the human rights of indigenous peoples. 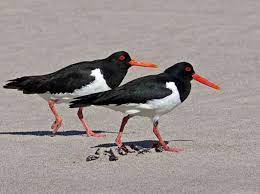 As we walked the broad beach at the edge of a glittering ocean, a young seal kept bobbing up out of the water about 50 yards off shore, as though wanting to accompany us at a safe distance.  A small flock of bright orange-billed oyster catchers skittered along ahead of us while a half dozen or so sandpipers delighted us with their comical movements at the water's edge.  We marveled at how the landscape of the beach has change over the last few years due to severe ocean storms.  Dunes that once obscured the water view have disappeared.  The ocean is now visible from the road that leads to the beach. The novels were originally published in 1998 and, as the blurb on the back cover states, they are "shockingly prescient."  Spanning the years from 2024 -2090, Butler's America is divided and dangerous.  An ultra-conservative president who wants to "make America great" through "Christian" terror and oppression reigns through the second novel.  Dramatic climate change, forest fires, sea level rise and the resulting population movement has made the west coast treacherous.  Any semblance of a social contract has disappeared.  Police sell out to the highest bidder. Human trafficking, slavery, hunger, and automatic weapons dominate the days of the main characters as they try to maintain their humanity.  Fear governs all aspects of life.

This all made for heavy conversation on a glorious, heaven sent morning at the ocean's edge.

Later in the day, our Torah study group read portions of Leviticus that deal with the care of the land, the notion of a Jubilee Year when all land reverts to its original owners, when the land is permitted to rest without planting or harvesting for a full year.  There are admonitions about how to treat people who fall into debt.  Limits are set on the number of years that a person might be indentured.  A certain trust is evoked as the tribes are commanded to let the land go fallow and eat only what the land produces of its own accord without planting and cultivation.

Somewhere between the aspirational principles of a Jubilee Year on the one hand and the utter dysfunction and devastation depicted in Butler's dystopia lies the profound call for human responsiblity.

Much of Butler's sci-fi writing portrays humankind being bailed out somehow by intelligent forces from beyond the planet, but the 2 novels we are reading now shift the responsibilities, the hope, and the future, directly onto humans here on earth.  Through her characters she affirms that we have the brains and ingenuity and creativity and resilience to cope with dramatic change and to, indeed, shape the change in a positive way if we embrace the courage to do so in the face of seemingly unconquerable forces -both environmental and political. 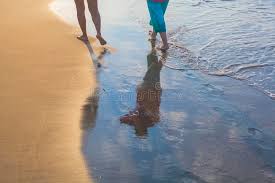 Butler's novels are profoundly disturbing.  Her dystopic future is unsettlingly near.  But then there is this beautiful young woman walking by my side on the beach - - grappling with political affairs and policy management in a profoundly intelligent and compassionate way.  And I find myself in better balance between despair and hope as I listen to her envisioning her future work - wherever it may lead her.
For many years, I have had a bumper sticker on a bookshelf in my library.  It states very simply "Listen To Children."  I bought it when my grandchildren were very young.  They are adults now - and I am still listening.