In light of recent events I have started reading the above passage from the Gospel of John with new eyes. I now understand this passage as the conclusion of a training manual in nonviolence written for a community under extreme duress. The author of John’s gospel has placed two stories together, side by side, or better, the author of this gospel has put one story inside of another story. The first story is wrapped around the second story. This means that the stories are connected. One story interprets the other. The stories share a common theme. The capstone of this literary edifice is verse 32, where John tells us that he has written the text in this way so that we might believe that Jesus is the Christ, and believing in him might have new life in Christ.
The first story is about the disciples gathering in a closed room because, “They were afraid of the Jews.” It wasn’t actually the Jews they were afraid of. They were afraid of the Romans. The Romans had launched a counter-insurgency operation against the Christians. Just a few days ago they had arrested and executed Jesus. Now the Romans were going to start pressuring the Jews to get them to identify Jesus’ followers. It wasn’t a question of “if” the Romans were going to do this. The only 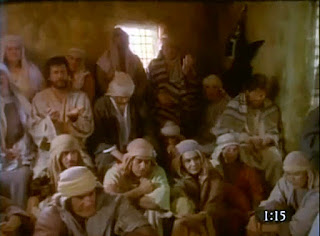 question was how soon they would start the next round of arrests. Who would be next? That is the question that was on the mind of those who met behind closed doors.
We can think of this meeting in the room behind closed doors as the first strategy meeting of the disciples following the crucifixion. The disciples had to figure out how they were going to respond to the next wave of violence that was about to sweep over them. Would they disband? Go underground? Or, would they organize some kind of nonviolent resistance?
Let’s imagine. Feelings were running high and the fear was palpable, and then Jesus comes and stands in their midst. But Thomas is not there. He shows up in the second story. Verse 23 is the bridge that connects the first story and the second story.  It reads: “If you forgive the sins of any, they are forgiven, if you retain the sins of any they are retained.” The message is clear--human beings, people like you and me, have the power to forgive sins. But what exactly does this mean? What does this have to do with nonviolence?
It is important to know what kind of “sin” we are talking about here. In our tradition there are at least four ways to understand sin. Perhaps the most common way we define sin today is in terms of morality. We have all heard that it’s a sin to tell a lie. Specific actions that violate a moral norm and are called sinful. That’s one understanding of sin. According to a second understanding, sin means “missing the mark.” It is a sin to love something so much that it takes control of your life. Think of the story of King Midas. His love for gold consumed his life and destroyed his family. That’s an example of this second meaning of sin.
Paul Tillich gave us another insight into the meaning of sin when he defined sin as estrangement. Tillich’s definition is existentialist. For Tillich sin is not about being right or wrong, good or bad. Sin is a description of the human condition. We are estranged from the earth--we are experiencing a global pandemic and an environmental crisis. We are estranged from each other--think of the unaccompanied children coming across the border. How can this be happening? What in the world are we doing to each other? The Bible says that the little children will lead us, but are we willing to follow them, to learn from them? Are we so estranged even from ourselves that we are simply unable to accept responsibility for our own policies and actions that contribute to this situation? 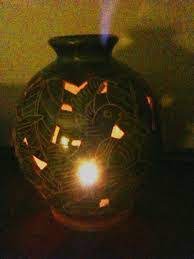 The fourth definition of sin is “broken.” Like Tillich’s estrangement, here sin is not a moral judgement of guilt, but a candid recognition of the human condition. Leonard Cohen wrote a song entitled, “Anthem,” in which he said, “There is a crack in everything, that’s how the light gets in.” That is what John is telling us in this passage. There is a crack in everything. We can go behind closed doors and curse the breakage and all that is wrong, or we can let the light in. We can educate, organize, and mobilize. “If you forgive the sins of any they are forgiven; if you retain the sins of any they are retained.”
Let’s turn to verse 22, where we read that Jesus breathed on the disciples. How do you think he did that? How did he breathe on the disciples? Do you think that he got them all together as you would gather people for a group photo and then he blew on them, like you would blow if you were blowing out candles on a cake? I think there is more to the story.
When I lived in Hawaii, I learned that white people were call “haloes,” which means “a people without breath,” because when we, white people, greet each other we are polite. We don’t exchange our breath, we shake hands. We smile and say, “Nice to see you.” It is all very proper. The French greet each other cheek to cheek, which is a little more intimate. Among Native Hawaiians who greet one another in the traditional way, it is much more intimate.
For a brief period of time I was privileged to be part of a Native Hawaiian community that greeted each other in the traditional way. When we exchanged greetings, we exchanged breath. Each person put a hand behind the head of the other person. We held each other close so that our foreheads and noses touched and we exchanged breath. We breathed on each other and into each other. Every time we met, we greeted each other in this way. Every person in the room greeted every other person in the room in the same way, and we did this every time we met. 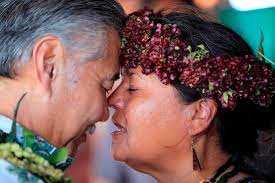 I think that this kind of greeting is what John is describing. I think that Jesus and the disciples had a similar ritual greeting. They exchanged breath with each other whenever they met each other. In the room saturated with fear, the disciples greeted each other in the tradition of Jesus. They breathed on each other.
This form of greeting reminds us of the story of creation found in the Second Chapter of Genesis, the sixth verse. Here we read that God scooped up dust from the ground and breathed into our nostrils and we became living beings. Biblically speaking this is when life begins--life begins when we take our first breath, and life ends when we breathe our last breathe. When the breath of life enters into us we become living beings, and when the breath of life departs from us we are no longer alive.
Johngives us an image of the church as a new creation brought into being by the Spirit of the living God. In a trauma filled and broken world, the church is a community called into being to demonstrate what the Apostle Paul called the “more excellent way of love.” That is what this first story is about.
In the second story, Thomas shows up. He was not in the room in the first story. Thomas represents the world. Thomas represents the people who want to know what kind of community this Jesus movement is. Do the followers of the way of Jesus walk the walk, or do they just talk the talk. Is this real, or just hot air? That’s what Thomas wanted to know. That’s what the world wants to know.
I recently read Andrew Young’s book An Easy Burden.  He tells the story of the Southern Christian Leadership Conference. He describes how the SCLC educated, motivated, organized, and mobilized people to march against the forces of fear, intimidation and violence to bring an end to Jim Crow and win the right to vote. Even death could not stop this movement, which was grounded in the philosophy and methods of nonviolence. As Andrew Young tells the story, the SCLC was started by a small group of ten black pastors who knew the Gandhian principles of nonviolence and who were prepared to teach them to others. In the language of John, they breathed on each other, and with their breath they gave birth to a new creation--the SCLC and the Civil Rights Movement.
I believe that we are living in a time of collective trauma--the environmental crisis, the COVID-19 pandemic, the crisis of children on the border, the trauma of what President Biden called an “epidemic of gun violence,” and the trauma of police violence that is putting our communities and our nation on edge and on trial. One senator has gone on national television to encourage people to buy assault weapons in preparation for the coming battle. Gun sales in this country are literally and statistically a booming business. But can we really believe that preparing to kill each other is the way to build a better society? 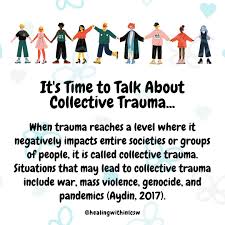 I believe that the Gospel of John teaches us that there is another way--a more excellent way. We must learn the philosophy and the methods of nonviolence. We need rituals that can bring us together in healing ways. We need rituals that restore our trust in each other and give us hope for the future. In his last book, Dr. King asked the crucial question that we have yet to answer. What will we choose, Chaos or Community? I want to borrow a phrase from our friends at Habitat for Humanity, and say that we need to “put love in mortar joints.” Dr. King said we need “strength to love” one another. Apostle Paul said, “Love bears all things, hopes all things, endures all things. Love never ends.” Which is just another way of saying there is always a need for love. Let’s get to work.