When we were living in New York City at Union Theological Seminary, young and without much money, we found or invented inexpensive forms of entertainment. One was to take the subway to the tip of Manhattan and ride the Staten Island Ferry. Then we would exit with the crowd and turn around and get right back on again. Sometimes you could get the same seat and you’d be watching a different direction on the return. 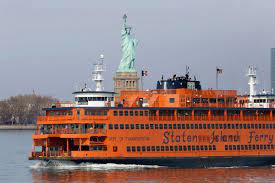 If your eyes were open, which wasn’t true of everyone on the ferry, you would see the Statue of Liberty in the distance. Especially at night, lit up, it made one proud to be living in a country that welcomed “the tired and poor, the huddled masses yearning to breathe free, the wretched refuse of the teeming shore, the homeless tempest tossed.” The lamp was lifted and lit, and said “bring them to me.” The golden door was open!

Seeing lady liberty made me wonder if she was there when my father’s father traveled from Germany to settle in Pennsylvania? Were my mother’s parents first generation homeless, tossed on the seas from some other land, finding a home here? Recalling those old pictures of the scenes on Ellis Island as refugees were processed, I wondered where they came from and what was chasing them.

I just finished reading The Beekeeper of Aleppo. It’s worth putting on your reading list. It’s a contemporary story of a husband and wife and the trials they encounter, as they flee the horrors of war in Syria. You meet other refugees, with their own stories to tell. Predators, police and politicians play their respective roles. Smugglers and volunteer service workers make their appearance and one begins to gain a troubling but true understanding of refugee life. 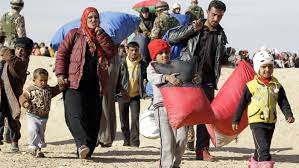 This is a work of fiction. But the writing emerges from an experience of reality. The author is Christy Lefteri, a child of Cypriot refugees. Christy was brought up in London after her parents fled there in 1974 after the Cyprus war. Knowing little of that story, she wanted to know more about that dark chapter in her family history. The novel is based on her experiences working as a volunteer at a refugee camp in Athens, Greece.

Reading about the beekeeper, his love for his apiaries, the care with which he went about his work, made me think of Mr. Knapp. He was from Estonia. He was a refugee. He was custodian at our church. I can picture him now, standing outside my father’s office, broom in hand, smile on his face. In the years I knew him, although his English was limited, his smile was always large. He was so grateful to be in a country where he and his family were safe and he was employed. His smile was manifested in the way he cleaned and cared for that church.

Having just finished the Beekeeper, I’m deciding whether I’m ready to read Separated: Inside an American Tragedy by Jacob Soboroff. There’s a Wall pictured on the cover. My sister sent the book to me. She keeps sending me non-fiction like this. I keep telling her I want fiction. There’s enough non-fiction in my day to trouble my sleep. I want fiction to read before bedtime to help me sleep. Although even fiction like Beekeeper required several minutes of pondering and prayer time before retiring, as the suffering and trauma of what millions of people are experiencing came home to me with force.

There are at least 79.5 million people who have been forced to flee their homes by war, violence, persecution and human rights violations. 26 million of them are refugees; half under the age of 18; living in generally squid conditions, sometimes for years; often with little hope of changing their situation.

Under the previous administration, the light on lady liberty went dark. In fiscal year 2016, some 84,000 refugees were admitted to the U.S. The following year it was around 50,000. The cap was set at 15,000 for 2020 by the former President and as of December of last year, fewer than 1,000 had been processed. The new administration is proposing a 125,000 cap for this next fiscal year.

Since the Refugee Act was passed in 1980, the U.S. was the leading nation in settling refugees in this country. In 2018 and 2019, we were surpassed by Canada, as social service agencies in the U.S. tasked with settling new comers, shut down all over the country. And walls went up! 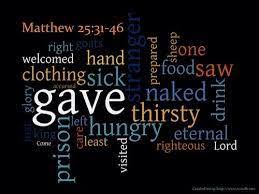 And I’m hopeful a new administration, with determination and hard work, can establish a new immigration policy that represents our core values as a country, and the light in Lady Liberty can blaze again! 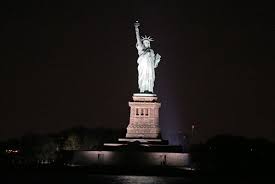