While reading Krista Tippett’s book Speaking of Faith recently, I became reacquainted with Bruce Feiler’s book Walking The Bible.  Feiler’s narrative about his visit to Hebron brought back my own memories of walking one of the streets of that city perhaps 13 years ago.  My husband and I were with a study group under the leadership of Rabbis For Human Rights. (The organization’s name has since been changed to T’ruah )

Hebron is the traditional site of the burial place of the biblical patriarch, Abraham and his wife, Sarah.  It is a site revered by Jews, Muslims, and Christians.  It is also the site of some of the most hotly contested issues between Israel and Palestine.  We felt fortunate to be able to visit Hebron as tour groups are often directed away from the city because of hostilities.  The threat of violence was ever present and we were escorted by Israeli police who outnumbered our group by at least two to one. Our attempt to visit Machpelah, the ancient tomb of the patriarch, was aborted when our group was “invited” to re-board our bus and leave or risk arrest.  We never did get to view the tomb.

Feiler describes Machpelah this way: It’s this giant building that looks like a cross between a gymnasium and a castle…And I go into this tiny little room between Abraham and Sarah’s tomb.  All three faiths agree that this is where they’re buried. There’s a ramshackle synagogue with a chandelier hanging down with half the bulbs out, and it’s there that Abraham, at age 175, dies. 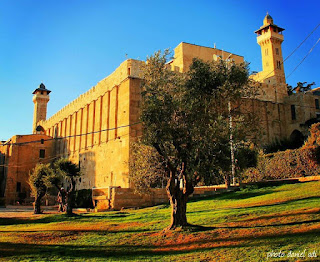 The great patriarch’s family was not without its pain and dysfunction.  Early on, Abraham at Sarah’s behest, turns his first born son, Ishmael, along with his slave mother, Hagar, out into the wilderness.  The family’s early traumas make it impossible for Isaac, the firstborn of Sarah, Abraham’s legitimate wife, and Ishmael ever to grow up as brothers.  They go their separate ways, each with a Divine promise that they will engender “a people.”

Feiler writes:In one of the most haunting and overlooked passages in the Hebrew Bible (Genesis 25:9)…Ishmael and Isaac - rivals since before they were born, estranged since childhood, leaders of opposing nations - come to stand side by side and bury their father.
For a short space in time, Ishmael and Isaac are not rivals, not enemies. They are brothers, standing side by side doing the difficult work of honoring their father and laying him to rest. 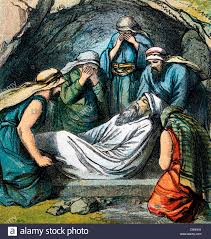 Feiler continues:What I think is relevant here is that this (Machpelah) is also a Muslim shrine; it’s been a Muslim shrine for hundreds of years.  Muslims and Jews now divide the shrine.  In some ways the shrine is an awkward but really practical model for how you can get along…It ain’t pretty.  Jews and Muslims, they split the shrine and ten days each year each side gets unlimited access to it.  It ain’t pretty, but it does work. And maybe that’s the model here. But what’s important about the Biblical moment is that they stand side by side.  It doesn’t say they hugged.  It doesn’t say they had dinner.  It doesn’t say they moved in and sat down and said, you know, “Let’s forgive.”  And, remember, Abraham had tried to kill each of them.  To me, that is the  model.  And, again, the text seems to understand - predict, almost - where we’re going to be so many thousands of years later.  So the destination here is not some Esperanto mumbo jumbo of a giant religion. It’s standing side by side and respecting coexistence.
As I am writing, the impeachment trial is unfolding in the senate.  It seems, at least at the moment, that an acquittal is a foregone conclusion.  At the end of the day all the enmities will continue to exist as accusations about the success or failure of the Senate trial and its subsequent meaning continue to be parsed and argued.  It will be challenging to move on and for the Senate to be about the business of government when there is so much acrimony threaded through so many fractured relationships. 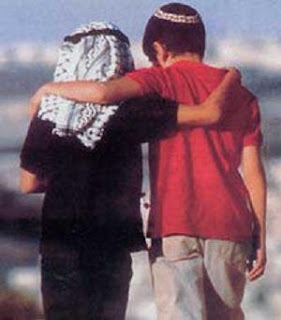 I wonder if the story of Ishmael’s and Isaac’s brief reunion for the purpose of completing the most sacred task of their lives -that of attending to their father’s death and burial - might have any meaning for the people charged with governing this country.  I wonder if there is even a remote possibility that the gravity of the work that is ahead of us might cause any of the members of the House and Senate to at least come to the point of being able to stand side by side - - to come to some (even if grudging) respecting of coexistence.

As a father, Abraham was unskilled when it came to wise parenting.  His choices and decisions fed into the devastating rivalry between his two sons - a rivalry that exists today in the enmity between Palestine and Israel.  As a nation, we, too, have been subjected to unskillful leadership. It has fed our already existing divisions and played them into the full blown drama that unfolded in the Capitol on January 6.  It ain’t pretty.

I envision a beautiful poster decorating the halls of Congress - perhaps an image of  Ishmael and Isaac at Abraham’s graveside captioned this way:  Beloved, you don’t have to hug.  You don’t have to sit down to dinner with each other.  You don’t even have to say “Let’s forgive.”  Just stand side by side to face together the work at hand, honor one another’s right to exist and get to work. 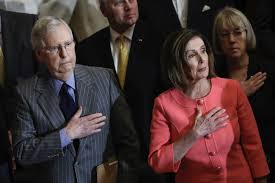 It seems so basic, so fundamental - -simply mutual acknowledgement of the other’s right to exist - a foundation, perhaps, on which to build and re-build a functioning government that we might once again view with confidence and pride.