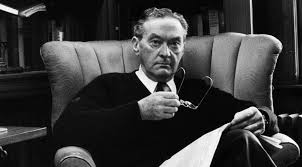 Some words from the past from the pen of Walter Lippman in The Good Society (1937): “For there is no longer a general understanding among civilized (men): they cannot fall upon a common allegiance to assuage their partisanship; they have no consensus of accepted ideas.  Yet these things they must have if they are to restore civilized order.  There are no end of fashionable opinions.  But as against the convictions of those who are ready to kill or be killed to achieve their ends, the civilized arguments are subtle, complicated and effete.  In the epochal crisis of our time the cause of civilization is being defended by men who possess a great tradition that has become softened by easy living, by men who have forgotten the necessities in which their principles were wrought.”  While Lippmann was writing during the dynamics of the 2nd World War, he could have been writing about our current situation in the USA. 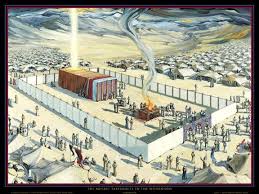 In our weekly encounter with Torah this week, our little study group read about the building of the mishkan (sanctuary, tabernacle) described in Exodus 25 and following.  The Divine imperative was “Let them make me a sanctuary that I may dwell among them.”  (Exodus 25:8)  Our conversation around this short verse led us in many directions until one member of the group cited Rabbi Jonathan Sacks’ (of blessed memory) book The Home We Build Together.  Rabbi Sacks reviewed the early history of Israel from the time of their exit from Egypt.  The Biblical texts portray the Israelites as “a querulous, almost ungovernable group.”  Under Moses’ leadership they leave the constraints of slavery behind and almost immediately begin to complain about the conditions they encounter in their new freedom.  Rabbi Sacks writes: “Putting all this together (ie the exodus from Egypt, the complaining and yearning for the familiar predictability of slavery, the yearning for a god the people could see, as in the Golden Calf) we arrive at the boldest of all Exodus’ political statements.  A nation - at least the kind of nation the Israelites were called upon to become - is created through the act of creation itself…in commanding Moses to get the people to make the tabernacle (sanctuary), God was, in effect saying: To turn a group of individuals into a covenantal nation, they must build something together.”

I live on the island of Martha’s Vineyard off the coast of Cape Cod.  Travel in almost any direction on the mainland involves crossing over the Cape Cod Canal via either the Bourne Bridge or the Sagamore Bridge - sister bridges built by the WPA circa 1935.  The Bourne Bridge is iconic for me.  When I am leaving the Cape, it rises out of the misty canal, visible a mile or so before I actually get there. To me it means access to “America” on my infrequent trips off island.  On the return trip, approaching the canal from the mainland, the Bourne Bridge comes into view with a great sigh of relief - - "I’m almost home."   It is ceaselessly amazing to me that this steel and concrete and asphalt structure, so often clogged with vehicular traffic that makes a trip daunting, can, nonetheless evoke powerful emotional responses.

The two bridges, Bourne and Sagamore, rose up to dominate the horizon on the Cape Cod Canal as a result of the labors of the WPA - - a product of the New Deal era in the run-up to WW 2.  At one time it employed as many as 8 million people working on infrastructure projects around the country.   The goal was to supply meaningful and well paid work for “the family breadwinner who had been out of work for a long period of time” - - work that would benefit the whole.
As our little group kept chewing on the the text from Exodus and Rabbi Sack’s commentary flung alongside the words of Walter Lippmann, we began to envision a country where, under enlightened leadership, we might collectively put our shoulders to the wheel and construct, build, create together an infrastructure that would draw us, as a nation, into a more harmonious identity - one built on productivity and creativity in the service of all.  Something we could all take pride in because we helped make it happen.

If, in our diverse culture, we are to be able to learn to live together with all our differences, politically, ideologically, spiritually, economically, perhaps we need a sense of common purpose, a sense of belonging, a sense of making an important contribution that comes with working through the process of creating something good and beautiful and useful to the whole.

“…that I may dwell among them” - carries within a few words the inspiration of a vast vision - - a culture, a society, perhaps a world, in which the divine attributes of compassion and grace, kindness and faithfulness and forgiveness dwell in a spacious hospitality among us in a society that truly permits the Holy to  dwell among us.

Can we, as diverse and “querulous and ungovernable” as we are, can we actually create and co-create by working together to rebuild the crumbling structures that bind us together?