This is no time to be a mink! If you thought it was tough being a human amid this pandemic, be thankful you're not a mink. Denmark, the largest supplier of mink furs to the fashion world, has just killed all of their 15,000,000 to 17,000,000 mink. The animals got the Covid-19 virus from humans, proceeded to mutate it, and give it back to their keepers. At last count, there were 214 Danish people infected with the mutated form, enough that Denmark has placed restrictions on seven municipalities and Great Britain has banned entry to their country from Denmark. 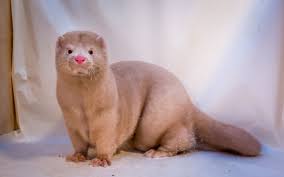 There are 5.5 million people living in Denmark. Three times that many mink have been placed on the sacrificial altar to protect the human beings in that country; perhaps in the end, to protect all the human beings on the planet who could otherwise be faced with a new mutated virus and no effective vaccine.

Denmark is not alone in "culling" their mink. ("Culling" is the term being used, defined as "selectively slaughtered," even though there is no "selecting," since it's mass slaughter).  Spain, the Dutch and the U.S. are in the same game. Spain "culled" ninety thousand over the summer and the Dutch gassed to death 10,000 mother mink and 50,000 mink pups. Eight thousand mink were killed on a Utah farm in August and 2,000 in Wisconsin. Unlike in other countries, culling of all the animals on a farm is not being required in the U.S. and the federal government is leaving regulations to the states.

Like I say, it's not a good time to be a mink! Or even a cat, as they have tested positive for the virus. 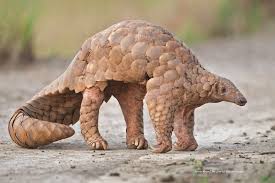 I'm still interested in my relationship to pangolins. Pangolins are that interesting anteater like creature found mostly in Asia that may have been the origin of the Covid-19 virus, competing with bats in the minds of some.  There's an amazing article on pangolins and their relationship to the virus in the August  "Annals of Science" by David Quamman. He describes the traffic in pangolin scales, skin and meat. At one point in China, some 150,000 pangolins went to the knife monthly, their meat eaten, their scales used for medicinals and the leather used in making cowboy boots (including for Lyndon Johnson). Quamman describes watching three diners in Vietnam eat a $750 pangolin meal, beginning with the creature rolled up in a sack, beaten with a bat … the rest of the description you'll have to read yourself.

In 2016, international trade in wild pangolins was made illegal. Still, thousands of pounds flowed from sub Saharan Africa to China and Vietnam. In 2019, an estimated 195,000 pangolins were trafficked to China for their scales alone. In 2020, the Chinese government stopped the use of the scales in traditional medicine and increased protection for native pangolins.

Perhaps this pandemic will teach us something. Are we related to mink and pangolins? Does keeping animals penned up in close quarters in huge warehouses, like mink, invite disease and suffering? Will trade and profit from wild animals and their parts, like pangolins, endanger us all? Is there an interrelatedness between humans and other creatures that we prefer to ignore, thinking ourselves independent?

Some of the great Christian saints recognized the glory of God in all of the creatures. Saint Bonaventure, a follower of Saint Francis, wrote about his mentor: that in even the smallest of creatures, Francis saw a reflection of God. The more we find fraternity with the environment, the more we are connected with the Creator. And when we lose even one species, we lose something of the glory of God.


Saint Kateri Tekawitha of the Iroquois nation, is referred to as a "child of nature." She often went into the woods, into the silence away from human noise and activity in the village, to talk to God. She understood the importance of nature to spirituality, of creatures in the natural world and their relationship to us. 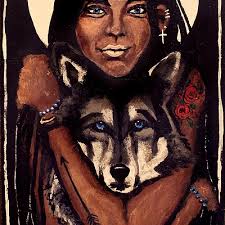 And then there is Saint Benedict. His principles are found in the Rule of Saint Benedict. He recommends humility, commitment to improving your local neighborhood and frugality.  He writes, “Frugality should be the rule on all occasions.” If you take more than your fair share and then waste it, that throws off the balance of both the soul and the environment. Like Francis, Bonaventure, and Kateri, Benedict appreciated the beauty of the earth and the way it reflected the beauty and glory of the Creator, and he took every care to preserve and improve it.

It's possible that humility is the highest value in most religious traditions, including for Benedict. It's quite possible the original sin in the book of Genesis is hubris, human pride, thinking more highly of ourselves than we ought to think. Perhaps the pandemic and the threat of climate catastrophe will help us reign in our egotism and self promotion, and instead cultivate interdependence and relationship with all the creatures. There is no separation. We have been gifted with a seamless garment. Let's mend the tears and wear it with thanksgiving. 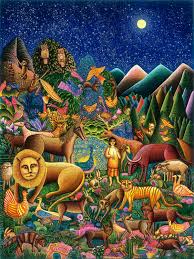