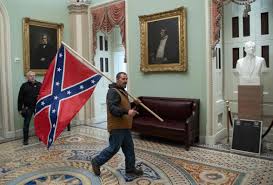 If it wasn't clear before, it should be now. We're at a historical turning point in this country. We will either go forward into a new and inclusive future, or we will disintegrate into an exclusionary past, where White makes right. The confederate flag amidst the mob in our nation's capitol was the symbol of the divide. And the insurrectionists with the "Civil War" shirts, spoke more loudly with their visual than any words might have done. What was at stake in the continuation of a Trump presidency is White supremacy. Many refuse to admit this elephant in the room, but unfortunately, White supremacy has taken up way too much room in the elephant.

It wasn't so long ago the Republican party was on a mission to become more inclusive. There was a recognition, especially after the Obama election, that the country was changing, becoming more racially and religiously diverse. The message was that to be relevant as a political party, with opportunities to occupy the White House, the party would have to change too. A Black man, Michael Steele, became Chairperson of the Republican National Committee. That effort only lasted for two years, from 2009 to 2011. Apparently, one Black face at the top didn't didn't mean much at the bottom, devoid of a meaningful platform. Then the inclusive intention seemed to dissolve. Instead of inclusion, the party tried exclusion, with extensive gerrymandering and voter suppression. The crowning event for exclusion was the election of Donald Trump.

Trumps' intention was clear from the very beginning. We knew his history and he was open about his intentions. We knew he lied and spread misinformation, as he did his best to keep the Obama "birther" issue alive. And who could forget his "crooks and rapists" dog whistles, about our southern neighbors during the 2015 campaign.

Once in office: Muslims were banned; the wall was built; dreamers were threatened; refugees were limited; temporary protected status was diminished; Charlottsville had "good people" on both sides; and now, the President "loves" those people who trashed our capitol, threatened the Vice President with lynching and Congress members with God knows what. Wherever he has been able to limit the growth of a population of people of color or encourage White supremacists, he has done it; even separating children from their parents and putting them in detention centers, a morally unspeakable act. 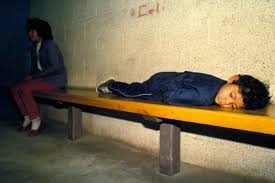 Trump, unable or unwilling to understand racial dynamics, continues to profess his love for Black people. "Well, my message is that I love the Black community and I've done more for the Black community than any other president, and I say with the possible exception of Abraham Lincoln, and I mean that, with opportunity zones, and with criminal justice reform, with prison reform, with what we've done for historically Black universities, colleges, schools, what we've done. It's nobody's done more. Abraham Lincoln, let's give him the nod, but beyond that, nobody's done more. I love the Black community."

One wonders if the Presidents' love extends to George Floyd or Breonna Taylor, or any number of Black Lives Matter marchers? One wonders if he would ever kneel to honor the life of just one Black man? It wouldn't have to be for eight minutes and forty-six seconds. Just touching one knee to the floor like a Colin Kaepernick would do. 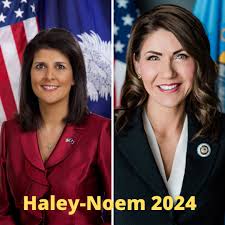 At the recent meeting of the Republican National Committee, Nikki Haley suggested the party might want to embrace "inclusion" in the future, given the drubbing the party took in Georgia. At the same meeting, Governor Noem said the recently elected Senators from Georgia were "communists." After this President, the Republican party faces a choice and and an uncertain future. But  the choice is clear from the remarks of these women, inclusion or exclusion.

The other party facing a choice is the Christian church, one of the significant supports for the Trump presidency. If the church is not inclusive, it is not the church of Jesus Christ. How you can represent one of the most inclusive and welcoming persons in human history by remaining exclusive is beyond comprehension. If your church community is not racially diverse, welcoming of all sexual orientations, and open to dialogue and friendship with other faith communities, you shouldn't call yourself a "Christian" church. And it doesn't count to make excuses based on location or past  efforts. Change the racist or exclusive infrastructure of the community you are in!  The church's mission is to build the Kingdom, the beloved community. 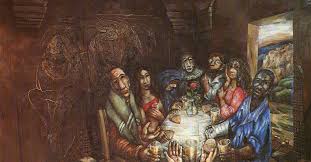 And please, don't ever tell us again an apostle of exclusion is sent to us by God. That's definitely using God's name in vain.