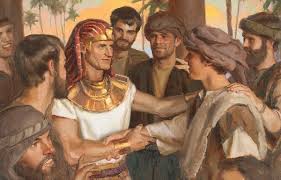 Va-yiggash…it is an interesting Hebrew word that appears near the climax of the Joseph stories in the Book of Genesis.  It occurs in Genesis 44:18: Then Judah went up…the first words of the part of the story where Joseph eventually reveals his identity to the brothers who had left him for dead in a pit so many years before.   Va-yiggash can also be interpreted to mean draw near or approach.
When I heard a teaching last week that was focused on va-yiggash, my mind wandered into the lavish Egyptian court where the brothers, who found themselves in Egypt due to famine in Canaan, are confronted by Joseph, who knows exactly who they are, even though they don’t recognize him.  The meeting is fraught with the family’s tragic and painful history - a father who favors one son over the others; a young upstart who annoys both his father and his brothers with his dreams; irritable brothers who decide to deal with the young Joseph in their own way; the presumed death of Joseph; lies, grief and deception and on and on. 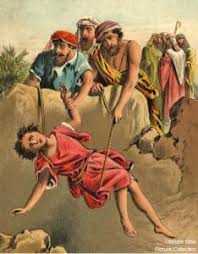 A crisis in Canaan - a famine - no pasturage for the flocks - not enough food to keep Jacob and his sons and their families alive - a long journey down into Egypt to see if food can be obtained there.  So much of the well being and the future of the sons of Jacob depend upon a successful completion of their mission. Both Joseph and his brothers carry within them the family secrets, the memory of what transpired between the brothers and Joseph when they were all much younger.  They have “issues” - - they have “history.”   The tense drama shifts into high gear when “…Judah went up…” when Judah drew near…when Judah approached Joseph - one more step in the unfolding of the story toward forgiveness, compassion and restored relationship in the long fractured family.  The successful conclusion of this part of the great story depends upon Judah’s willingness to go up to Joseph,  to approach, to draw near.
As 2021 begins, I find myself reflecting on what the story may say to us on the first day of a New Year as we anticipate the inauguration of a new administration in less than three weeks and as we contemplate and wonder whether and how things will  be different.  At this moment, the fractured nature of our collective life in this country seems to determine so much.  We cannot agree on the necessity of simple things like wearing face masks and maintaining a safe distance from one another.  Like lemmings, thousands, maybe millions, flocked to airports to travel over the holidays in spite of danger of surge upon surge as the virus continues to spread.  Congress moves at turtle speed in its attempts to get economic relief to the country, unable to agree on the shape of possible legislation. Federal policies have led to the rapid production of a vaccines, but have not supported the process of getting the vaccines, literally, into the arms of people in the numbers that were anticipated by the end of 2020. Meanwhile, even though there are not food shortages, long lines at emergency food distribution centers attest to the fact that too many Americans are hungry, are having to make the choice between paying rent and putting adequate food on the table. 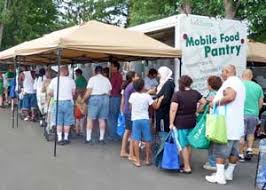 An ancient story of famine in Canaan, of a dysfunctional family coming to terms with its history, of one brother drawing near, approaching another may carry a bit of wisdom for us today.  Without Judah’s painful willingness to place himself in the rather awesome presence of Joseph, the second most powerful person in Egypt, the movement of the story would get stuck.  So much depends on Judah’s willingness to draw near, to approach Joseph in behalf of his family.  Equally critical is Joseph’s willingness to engage with the brothers who left him to die in a pit so many years earlier. 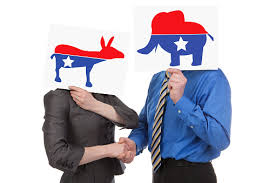 As a New Year begins and as a new administration prepares to assume its leadership role, perhaps va-yiggash might provide a guiding light for the future.  Perhaps a new president will be able to approach and draw near to adversaries in a more enlightened way.  Perhaps members of the House and Senate will be able to draw near and approach one another across that infamous aisle - perhaps to  communicate more readily in the service of the unfolding of the greater story.  Perhaps in communities across the country human beings of diverse racial, economic, and political affinities might draw near, might approach one another with the intent of creating a more harmonious future for one another and for the world.
As the grand cycle of the Joseph stories reaches its conclusion at the end of the Book of Genesis, Joseph offers compassion and forgiveness to his brothers as he reveals his identity to them.  Reconciliation is made possible.  The story can continue.   So much depends on the willingness to approach, to draw near to the other.
The Joseph story begins with dreams that eventually determine a particular future for the ancient tribes of Israel.  It is never a smooth story and a happy ending is elusive, but the drama keeps unfolding.  May the dreamer in each of us persist in visioning a world that sustains humankind in harmony, justice, equity, peace, and, perhaps, eventually, in joy.  May we draw near, may we approach one another with openness, and curiosity, and interest in the service of creating a story that moves toward wholeness for all humankind.  Let the New Year begin!