An exhausting week.   On Tuesday, January 5, 2021 Rafael Warnock and John Osoff won the GA senate run-off elections thus changing the balance in the senate in DC in history making ways.  The ability to celebrate this potentially transformative election was torn away when, on Wednesday, January 6, 2021, the capitol building was stormed and breached by a mob with the intent of overthrowing the senate as it came to voting to accept the electoral college results, state by state.  Sedition, insurrection, 2nd impeachment, all have entered our daily vocabulary as the news keeps unfolding.  There is actual, real time footage of an American president inciting the crowds to march on the capitol.  The result was violence and destruction and chaos and death   People keep  saying “This isn’t us.  This isn’t America” But what if this IS us for all the world to see? Many years ago I attended a lecture by Marian Woodman, noted Jungian psychologist.  I recall so clearly her take on the "shadow" in the human psyche.  Her wisdom was that until the shadow parts of us that we deny and prefer to keep out of view are brought into the light, eventually embraced and loved and reconciled into the light, that shadow is always in danger of emerging on its own and is capable of "running the show."

As a nation we have never come to terms with our shadow and now it is running the show in the form of white supremacy, violence, and anarchy. The January 6th assault on the capitol  was just a snapshot of what lies beneath - and not very far beneath the surface.  News analysis reveals that we have not seen the last of it as plans are uncovered for “protests” at state houses across the country. 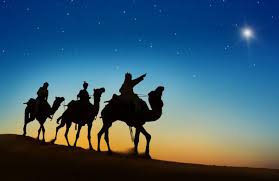 January 6th is traditionally observed as Epiphany in Christianity.  As has been recognized often in the press, the third definition of “epiphany” in the dictionary is: “showing, appearance, manifestation” in the sense of suddenly seeing or understanding something in a new or very clear way.

For so many of us, January 6 was truly an epiphany - a day on which the dark underbelly, the ugly racism and white supremacy at the heart of this country, the utter violence and disrespect for the orderly transfer of power, was manifested in a very clear way.  Unlike Christian tradition's observance that celebrates the lovely story of The Wise seeking the newborn manifestation of the Divine in humanity enjoyed by religious communities around the world with great music, prayers, drama and a sense of light and renewal, this particular epiphany evokes sadness, horror, confusion, doubt, and outrage...darkness revealed.

We are in the midst of it. It will not go away.  If the year 2020 was an apocalyptic year in which economic and racial inequities were revealed and laid bare by the Corona virus pandemic, 2021 has begun with an epiphany of biblical proportions as we, in one rather spectacularly dark event, suddenly see more - - understand more, in a clearer way.

The biblical story of Wise seeking the source of greater light is set in the context of an oppressive regime seeking to hold and protect power, intent on removing the threat to power posed by an infant born in a barn.  Instead of cooperating with the oppressive regime, the Wise disregard the order to inform the king of the whereabouts of the infant and return home by a different route. 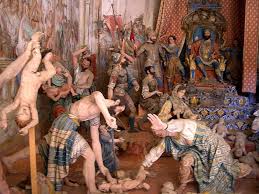 As tyrants are wont to do when they fear the loss of power, the king becomes enraged  and orders that all children 2 years of age and under be slaughtered.  Echoes of the beginnings of the Exodus story shimmer in the story in the gospels. In the sacred texts, power-full kings and pharaohs tend to react this way.  Herod and Pharaoh are cut from the same cloth and history repeats itself.

A few words from the January 7 statement from the leadership of The United Church of Christ illuminate and guide the way forward:

“Our faith calls us to acts of love, kindness and compassion. Our faith reminds us that the power of God aligns with the poor and the abandoned, the weak and the hungry, the oppressed and the marginalized. We call on all people of faith and goodwill to use what we saw on January 6, 2021, as a call to justice and a reminder of what happens when evil goes unchallenged.”
In the end the darkness is revealed and can be understood in a clearer way.
“Our faithful response to this most recent act of white terrorism and insurrection will be to feed the hungry, shelter the homeless, free the oppressed, welcome the stranger, love the neighbor, and fill the whole world with the love of our blessed redeemer, Jesus. And, as we continue to do so, we will walk in the courage to denounce and dismantle theologies and systems of oppression and hatred, replacing them with theologies of freedom, peace, justice and love.” 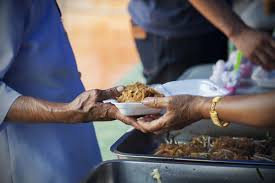 May the darkness of this particular epiphany lead us into the light.