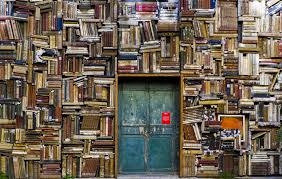 Because I believe public confession is good for the soul, I confess I have an addiction. I'm addicted to books. The shelves and bookcases in our home are full. You will also find piles on the floor. Periodically, I will look over some of the titles trying to discern if I can't get rid of them. Inevitably, what happens is, I discover books I'd forgotten I had, that need to get back in line to be read and digested. Downsizing books is a slow process, especially when you end up with two more for every one you relinquish. Reading them all would take at least another lifetime, maybe two. And just think how many new books there would be I would want to read!

I blame the addiction on our consumer society. We are bombarded with advertisements constantly. Even watching the "news" on television, we receive half news and half ads, and sometimes the "news" is actually an ad for the entity being described. But in my case, TV is not at fault. It's businesses like Amazon and Barnes and Noble. It's Brookings Books and the Brookings Library book sales.

Once in a while, there's even an AAUW sale. At the last one, on my third appearance and carting off a pile of reading material, the clerk suggested they would make me the poster boy for the next sale (which I took as a complement). 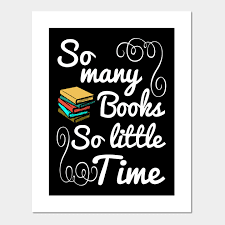 We're all tempted to have things, often more than we need. For me it's books. For others it might be fishing tackle or barbie dolls or clothes or cars. But in our heart of hearts we have to admit, the pleasure we derive from things is temporary. We are encouraged to trade in the wired phone for a flip top, the flip top for a smart phone; and they just keep getting smarter and smarter as the dumb ones are discarded.

We're also educated by our society not just to have but to produce. It's all in the doing! We all want to do something with our life. Maybe it's to make a lot of money. Maybe we would prefer fame with the fortune. Maybe it's simply to raise a family you can feed and shelter and enjoy. So we buckle down and work hard and keep our eyes on the prize. 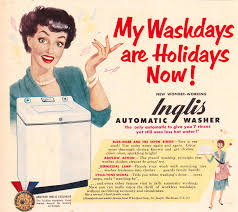 In the fifties we were told with all the time saving inventions and appliances increasingly available; with a strong and growing economy; with women joining the work force; bread winners could work half time and enjoy a life of leisure the rest of the time. Something happened! Now both husband and wife are often bread winners working overtime, just to keep bread on the table. There is so much to do and so little time to do it.

The reality is, fortunes disappear. Sometimes overnight. Watching the ups and downs of the famous makes one wonder if celebrity life is all it's cracked up to be. Neither fame or fortune appear sustainable. Even family life changes. The kids move on. Doing seems as transient as having.

A friend of mine was a teacher his whole life. In retirement he once questioned in my presence what he had done with his life. He wondered if he had made a difference, even for one student. I assured him, I believed he had made an enormous difference. I knew him as a person of high integrity for his profession and enormous care for the persons in his classes. It occurred to me then, and stays with me now, that whatever we do is not always a lasting and satisfying assurance toward the end of our life. Our work, what we do, also seems transitory.

Paul Tillich, a renowned theologian of the last century, wrote about God as "the ground of being." Instead of existing somewhere in the heavens, God came down to earth. For Tillich, we are "grounded" in God. Our little being is grounded in Big Being. The challenge is to know who we are and whose we are. That discovery is not something temporary or prone to disappear. That discovery is permanent and fulfilling. 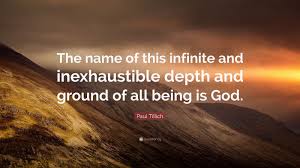 Unfortunately, in our culture, people seldom have time to discover who, or whose, they are. Having and doing don't leave much space for being. If we constructed a society and culture where the last comes first, where knowing who we are is primary, then the other two, doing and having, would fall into place. Answer the question of who am I, and you'll know what to do and what you need to do it.

Dietrich Bonhoeffer was a German theologian who wrote Letters and Papers from Prison. Imprisoned for joining an assassination attempt on the life of Hitler, Bonhoeffer included a poem in his papers titled "Who Am I." It is worth reading in its entirety but the last lines are instructive. "Who am I? They mock me, these lonely questions of mine. Whoever I am, Thou knowest, O God, I am thine."