Take I: An Historical Perspective

The RSV describes Psalm 105 as “the story of God’s great deeds on behalf of his people.” It is a psalm that celebrates Israel’s sacred history in a straightforward way. The opening verses are a call for thanksgiving and praise: “O give thanks to the Lord, call on his name” (v.1, RSV throughout). “Remember the wonderful works that he has done, his miracles, and the judgments he uttered, O offspring of Abraham, his servant, sons of Jacob, his chosen ones!” (vv.5-6). Continuing, the psalm enumerates God’s wonderful works and judgments, "The covenant which he made with Abraham, his sworn promise to Isaac, which he confirmed to Jacob as a statute, to Israel as an everlasting covenant, saying, ‘To you I will give the land of Canaan’” (vv. 9-11a). The psalmist recalls the days “When they were few in number, of little account . . . wandering from nation to nation” (vv.12,13a). The narrative brings to mind the time of famine (v.16), how Joseph was sold as a slave (v.17), but then released, and made “lord of his house, and ruler of all his possessions, to instruct princes at his pleasure,” and “to teach his elders wisdom”(vv.21-.22). “Then Israel came to Egypt” (v.23).The story of the Exodus is remembered (vv.23-38), and the wandering in the wilderness--a place of miracles (vv.39-42). In the wilderness Israel is protected by “a cloud for covering,” and guided by “ fire to give light by night.” Here Israel received quail and “bread from heaven.” Here, God “opened a rock and water gushed forth; it flowed through the desert like a river.” 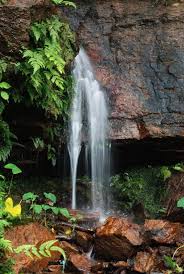 The closing verses of this psalm have strong verbs and few commands:“He led forth his people with joy, his chosen ones with singing. And he gave them the lands of the nations; and they took possession of the fruit of the peoples’ toil, to the end that they should keep his statutes, and observe his laws. Praise the Lord!" (vv.43-45). This is the sacred story that celebrates the birth of a nation.

Take II:  A Hero’s Journey
Drawing on the work of Joseph Campbell, Psalm 105 may also be interpreted as a  Hero’s Journey. Campbell said that this metamyth is common to every culture.The Hero’s Journey has lots of moving parts, but basically it is a story told in three acts: (1) departure, (2) initiation or crisis, and, (3) return. Psalm 105 prepares for the departure when God makes a covenant with Israel and promises to give Israel the  land of Canaan (vv.10-11). At the time of departure Israel is few in number (v.12), wandering from nation to nation (v.13). The journey is marked by a series of crises and supernatural miracles (vv.12-40). 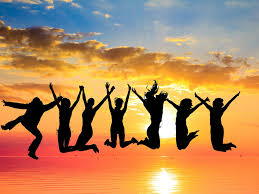 When the journey ends, God’s people are singing songs of joy as they take possession of the Promised Land (v.43-44). It is a home-coming. The Hero’s Journey comes to a successful conclusion. God is the Promise-Maker and Promise-Keeper. Israel is the faithful Hero who has successfully completed the initiation period and comes home.

I can identify the following elements of the Hero’s Journey as it relates to Psalm 105. First, this metamyth gives us an image of life as a journey. This is a very powerful metaphor that lends itself to a linear view of history. There is a beginning and there is an end--a purpose. Second, this metamyth affirms that change is always possible. No matter the odds, even if we are few in number, even if princes and principalities are arrayed against us, there is cause for hope. Change is possible. The Hero can be an agent of change. Third, this metamyth creates a moral framework that validates a belief in progress that may justify the use of violence. Creative destruction is an idea closely linked to the ideology of progress. Sacrifices are called for, but ultimately they are worth it. Creative destruction is the price of progress. History, we are often told, is written by the winners.

Take III: A Postcolonial Hope
Psalm 105 may also be interpreted as a psalm that bears witness of a postcolonial hope. The meaning of “postcolonial” has become a matter of debate. I use the term here to mean a critique of settler-colonialism--an ideology of superiority and a policy of land theft and genocide.To find hope in this settler-colonialist narrative, we must read Psalm 105 through Canaanite eyes.

I was living in Hawaii the first time I encountered this approach to the Exodus story. I was participating in a Bible study when a member of the group, a Native Hawaiian (Kanaka Maoli) said, “Wait a minute. We are the Canaanites.This was our kingdom before the United States took it from us.” 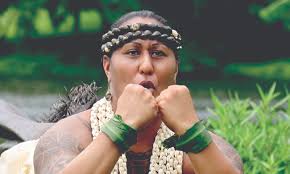 When I moved back to the continent, I learned that many Indigenous people are reading the Exodus story in the same way. This was their land before Amer-Europeans stole it. Once we become sensitive to this history we non-Indigenous people must read Psalm 105 as a story of liberation​ and​ conquest. Must history be written by winners? What does this mean?

According to the sacred story, people who stand within the charmed circle of the covenant are “the chosen ones” (v.43). People who stand outside this magical circle are on the margins, or worse-- they are invisible--or worse--they are obstacles blocking the way of progress and promised fulfillment. Extermination of those who block progress is not too great a price to pay. Interpreted from the perspective of people on the margin, the closing verses of this psalm provide religious legitimation for land theft and genocide. Why do we have to accept this interpretation? Is there any alternative?

To answer these two questions we have to be willing to think about issues of authority, power, and community. These are political questions. Where does authority come from? How should power be exercised? What is the role of the community? There are no simple answers to these questions, but they are definitely worth discussing. In the course of the dialogue we will clarify our ideas about history, our image of the divine, and meaning of the holy.

My suggestion is that we must develop ways to interpret our traditions that do more than simply validate privilege and power and the status quo. What would it mean to the world today if faith communities stood in solidarity with marginalized and the oppressed? How would our story change? These are the questions that I wrestle with as I read Psalm 105.