Creating the Society We Want 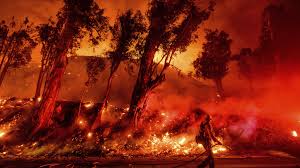 The Covid-19 pandemic has claimed more than 230,000 lives; fires in the West have destroyed whole towns and are burning out of control;. the unofficial unemployment rate remains stuck at 11 percent; and the Black Lives Matter movement and other civil rights groups are marching in the streets. Although these disparate events may seem unconnected, they teach us that we are all bound together in an unbreakable web of mutuality. At our peril we have forgotten a truth that a gifted teacher taught me long ago: Our unity is not something that we are called to create; only to recognize. The imperative of our time is learning how to be a good neighbor.

Psalm 119 has much to teach us.  It is an acrostic poem based on the twenty-two letters in the Hebrew alphabet. It has twenty-two stanzas, with eight lines in each stanza. Jews use this psalm in the celebration of Rosh Hashanah. Benedictine monks include it in the Book of
Hours. The Greek Orthodox church recites it in their liturgy. Many people memorize it and incorporate it into their daily meditations. I want to focus on what this psalm can teach us about the proper ordering of power in the commonwealth of this nation.

The theme of the psalm is announced in the opening verses: "Blessed are those whose way is blameless, who walk in the law of the Lord! Blessed are those who keep his testimonies, who seek him with their whole heart, who also do no wrong, but walk in his ways!”(vv.1-3, RSV throughout). The psalm is both a prayer for instruction and guidance, and a pledge of loyalty to the law--the Torah. In addition to “the law,” the word “Torah” also means “to teach. The purpose of the law is to instruct Israel in the ways of the life for the guidance and benefit of the whole of humankind.Thus, the psalmist says: “Teach me, O Lord, the way of thy statutes; and I will keep it to the end.Give me understanding, that I may keep thy law and observe it with my whole heart” (vv.33-4).The law has both a personal and a social dimension. 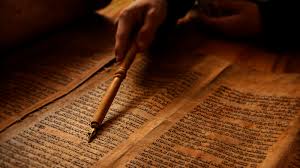 The political order in which we live deeply affects the way we live.The psalmist pledges loyalty to the law “even though princes sit plotting against me,” (v.23); prays for protection knowing that “Godless men have dug pitfalls for me” (v.85); and, vows, “I hate double-minded men, but I love thy law.” (v.113). The psalmist suggests that greed is corrupting the system, and says plainly: “Incline my heart to thy testimonies, and not to gain!” (v.36). The psalmist understands the law is a guardian of liberty and a source of hope in an uncertain time. Thus, the psalmist declares: “I shall walk at liberty . . . I will also speak of thy testimony before kings, and shall not be put to shame; for I find delight in thy commandments, which I love.” (vv.45-7).

I suspect that the psalmist was not grateful for the trouble he was in, but in the law he found a way to not to become cynical or to despair or to surrender to the status quo. The Law’s teaching and guidance gave him the strength he needed to fight for reform.

Perhaps it is this reformation spirit that attracted the well-known British reformer William Wilberforce to this psalm. John Newton, the author of ​Amazing Grace​, and other abolitionists had a profound influence on Wilberforce, but it was his faith and particularly Psalm 119 that sustained him in his long campaign to abolish slavery. A member of the British Parliament, Wilberforce introduced anti-slavery legislation into the House of Commons 12 times before it finally became the law of the British Empire in 1833.

In our own time when the struggle for ecological justice and social justice seems daunting, there are. two images of this psalm that I find particularly helpful.The psalmist prays, “Lead me in the path of thy commandments, for I delight in it” (v.35).Thus, when we think about the valence of the law we must take into consideration both an objective criterion--the path--and a subjective criterion--delight. The path of the law provides ethical standards that are necessary for social and personal well-being.The law commands us to: “love your neighbor as yourself” (Lev.19:18), and, “Love the Lord you God with all your heart, and with all your soul, and with all your might” (Deut.6:5). The fruit of the law is personal delight and social delight. 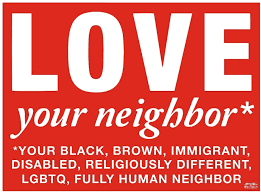 To bring delight to the heart the law must impose justice and inspire hope. We delight in the law when it helps us answer the question: What kind of society do we want? Let me sharpen this question. The United States today is a Neo-Feudal society.  According to the Economic Policy Institute, for the first time in our nation’s history, on August 23, 2020, the combined wealth of the 12 richest people in the United States surpassed one trillion dollars. According to Alexandre Tanzi and Michael Sasso, who wrote a story entitled “Wealth Floats” in the November 19, 2019 issues of the ​Bloomberg Report,​ the top10 percent of the nation’s households held 60 percent of the nation’s wealth, while the lower 90 percent held less than 35 percent of the nation’s wealth. Not unrelated to these stories, the real income--income compared to the costs of goods and services-- of most people has flattened since the 1970s. The rising tide does not lift all the boats.

The events mentioned in the opening paragraph are not unrelated to the maldistribution of wealth in our nation. There is an inequality pandemic that is robbing the commonwealth of vital resources. Simply put, private wealth comes from the commonwealth and a fair share of that wealth must be returned to the commonwealth through taxes. We have a choice to make. We can choose to reclaim a greater share of private wealth for the commonwealth and rebuild our society, or we can give in to cynicism, despair, and the status quo. Just as William Wilberforce had to make a choice in the nineteenth century, each of us also has a responsibility to make a choice now in the twenty-first century. We can choose the way that delights and work to make it a reality. 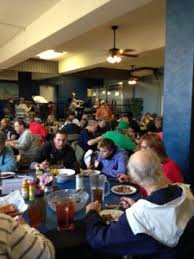 The Torah teaches us that laws that delight provide for the poor and welcome the sojourner (Lev.19:9-10); pay honest wages (Lev. 19:13); and accomodate the needs of the deaf and the blind so that they are not blocked in any way (Lev.19:14). Laws that

Delight ensures that people can live in decent housing in safe communities, have access to affordable healthcare, receive a good education,and can drink safe water and breathe clean air. This is what love for our neighbor looks like in the public square.

In keeping with the pattern of previous meditations on the psalms, I am ending these reflections with a poem by Langston Hughes. The following is the last stanza of a poem he entitled: Freedom’s Plow.

A long time ago,  an enslaved people heading toward freedom made up a song:

​Keep Your Hand On The Plow! Hold On!
That plow plowed a new furrow
Across the field of history.

Into that furrow the freedom seed was dropped. From that see a tree grew, is growing, will ever grow. That tree is for everybody,

For all America, for all the world
May its branches spread and its shelter grow

Until all races and all peoples know its shade.

KEEP YOUR HAND ON THE PLOW! HOLD ON!