Psalm 26 is about keeping and defending one’s integrity in the face of adversity. It bristles with issues that speak to us.The opening verses set the tone: “Vindicate me, O Lord, for I have walked in my integrity, and I have trusted in the Lord without wavering.”(vs.1, RSV throughout). Integrity comes from the Latin, integer. Among the several meanings supplied by Webster’s Dictionary, the three that I think are most fitting are: incorruptible, adherence to a moral code, unity. Integrity is a personal virtue, and a public trust. The psalmist understands that integrity needs to be demonstrated, “walked in.” People who have integrity can be trusted because their words and deeds walk together. 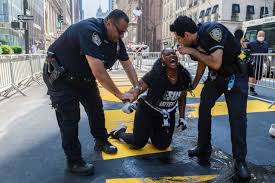 The psalmist demands vindication. Vindicate is a powerful word that comes from the Latin, vindicare. Among the meanings Webster’s Dictionary offers are: avenge, deliver, exonerate, justify, defend. Try to imagine the scenario. Does the plaintiff want to be avenged? Delivered from an injustice? exonerated? Maybe the psalmist has written “BLM” on a public street and been charged with defacing public property. Perhaps she or has been victimized in some way, and is demanding justice?
“Prove me, O Lord, test my heart and my mind” (vs.2). Translation: I know right from wrong. I have walked the walk, and talked the talk. I have the courage of my convictions, and the credentials to prove it.
The psalmist then moves from the personal to the social: “I do not sit with false men, I do not consult with dissemblers; I hate the company of evildoers, and I will not sit with the wicked” (vs.4-5). We cannot tell if the psalmist is addressing political enemies, or perhaps there is corruption in high places, or maybe the courts have been swayed by the influence of wealth and power.
Religious institutions and leadership have been compromised as we read in the next verses: “I wash my hands in innocence, and go about thy altar, O Lord, singing aloud a song of thanksgiving . . . telling all thy wondrous deeds. O Lord, I love the habitation of thy house, and the place where thy glory 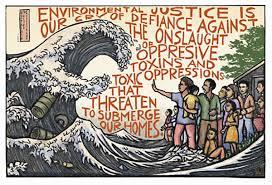 dwells”(vs.6-8). Narrowly construed, “thy house,” is the temple. We could interpret this psalm as a religious feud between church leaders.Think of Martin Luther declaring to church authorities at the Diet of Worms in 1521: “I cannot and will not recant anything.” But, if “thy house” is the whole inhabited earth, then “where thy glory dwells,”(vs.8) means “thy  will be done on earth.” The psalm is calling for environmental and social justice.

The next two verses make me inclined to favor the latter possibility. They read; “Sweep me not away with sinners, nor my life with bloodthristy men, men in whose hands are evil devices, and whose right hands are full of bribes”(vs.9-10). Who are these men? I think Bob Dylan’s 1963 song, “Masters of War,” gives us a fair idea.You can read the words or listen to the whole song online. One phrase gives a sense of the song:

I think you will find
When your death takes its toll
All the money you made
Will never buy back your soul. 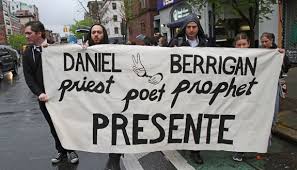 Maybe the psalmist is facing time in jail because she or he is a member of the War Resisters League, or is a Conscientious Objector. We do not know.   The psalmist returns to the theme of integrity in the closing verses: “But as for me, I walk in my integrity; redeem me and be gracious to me. My foot stands on level ground; in the great congregation I will bless the Lord” (vs.11-12). The image of level ground implies openness, transparency, and mutual accountability. When will people get equal pay for equal work?
The psalmist is teaching us that integrity is the antidote to cynicism. Consider the following example.The government has pumped trillions of dollars into the economy and increased the budget of the Department of Defense (once upon a time called the Department of War), but the political class would have us believe that we cannot afford public healthcare for all when more than 170,000 people have died from COVID-19. Or think about this. As recently as August 7, 2020, the Aspen Institute warned that in the next few months 30-40 million people could face eviction from their homes unless the federal government takes action to prevent it, but  politicians think $200 a week will give people an incentive not to work. Cynicism is devouring dreams. Integrity is the antidote to cynicism. Restored health begins with personal integrity, and demands integrity on the part of people who hold the public trust. 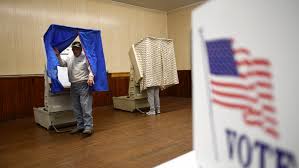 In our social contract, integrity in government is defined as government of the people, for the people, and by the people. “People” in this instance means flesh-and-blood human beings who live and die, not, as the US Supreme Court and later laws misconstrued people to mean corporations with charters that can never be revoked. Integrity is government for the people. That means a government that directly or indirectly provides for peoples’ basic needs of food, clothing, shelter, medical care, education, and a safe environment. Government by the people means every vote counts, and it is the government’s responsibility to secure these votes.

Integrity is the way out of personal and social conflict and chaos. However, there are cautionary notes to add to this psalm. Integrity is a double-edged sword. It is the antidote for cynicism and corruption. But integrity has also come to mean “purity,” in which case it can become a code word for racism, classism and phobias of many kinds. Crimes against humanity have been committed and are being committed to defend the integrity of “our” borders, “our” race, “our” way of life. Shakespeare’s Merchant of Venice should be required reading to accompany Psalm 26.
Lastly, and in a timely way, the psalmist forces us to examine our prejudices. We all want a fair chance and a fair trial, a level playing field. Like the psalmist, we want to stand on “level ground.” The following is a poem by Langston Hughes that sheds light on the meaning of “level ground”:

I live on a park bench
You, Park Avenue.
Hell of a distance
Between us two.

That I might, just maybe,
In a year or two,
Move on over
To Park Avenue?