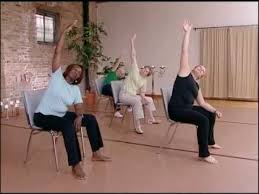 We had just finished our Zoom yoga class and following the closing “OM”, our yoga teacher asked what we were doing to stay hopeful.  There were perhaps a dozen of us onscreen.  For 30 seconds or so the silence was deafening until one woman spoke of her despair and sense of helplessness.  We were sitting together, separately, feeling the overwhelming effects of PDDT (post debate debacle trauma).  Due to a storm, the newspapers that usually arrive on an early boat  had not been delivered. We had only watched about 7-8 minutes of the debate before acknowledging  that it would be too toxic to watch just before bedtime. So I was not yet as devastated as some of my “classmates.”

I reflected briefly on my response to our yoga teacher’s question - - what do I do to generate a feeling of hope in the midst of the trauma?  A couple of things came immediately to mind - - mostly longstanding disciplines that suddenly seem fresh and utterly life sustaining in a way that I have long taken for granted.  Things like consistent gathering (via Zoom) with my faith communities - - showing up for Shabbat services on Friday evenings and Saturday mornings, for worship on Sunday morning, for meditation with a more Buddhist emphasis three mornings a week, for a prayer circle on Friday mornings, Torah study on Thursdays, a bi-weekly meeting with the church’s Care Team and, of course, the yoga class.

I began to think about why these “practices” are what help to keep me from bottoming out in despair.  Central to each one are two things: gathering regularly with people of spirit who are no less vulnerable to despair than I am - - yet when we are together we strengthen and support each other; frequent connection with ancient texts - Torah, the Christian texts, the wisdom of the Buddha. 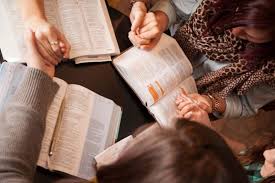 For me,  the connection with persons and texts is deeply grounding and centering.  Meeting with the Care Team helps me to focus on the needs of the church community.  Church and synagogue receive my anxieties and sorrows and then turn me outward into the needs of the larger world again.

I am not pollyanna hopeful by any means - but all the above practices broaden my scope by reminding me that this current darkness is not all there is.  There is a vast network of generous, loving, compassionate, intelligent humanity working like rhizomes beneath the surface, just out of sight - - bringing order and light and healing where they happen to be engaged.  We lose sight of this at our peril.

My husband and I had some time between appointments this morning so we took a short walk along the beach that borders the ferry terminal.  We noticed four sleek black cormorants, in a well choreographed ballet, taking turns, one after another, diving for fish and then resurfacing at precise intervals to repeat their performance.  An experience of captivating order - - not chaos. 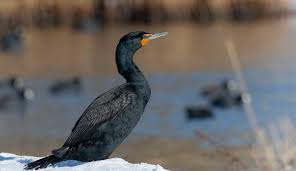 Along the beach, several gentle men of a certain age gathered to race their remote controlled sail boats around the buoys located not far off shore.   A young father and his son were fishing off the dock.  He stopped at a safely masked 6 feet from me to explain that each of these men had built his own sail boat to a prescribed blueprint used by the whole group.  The boats were not motorized.  Somehow they were constructed so that they functioned as actual sail boats by remote control.  The men gathered several mornings a week to enjoy one another’s company and race their boats.  When the young father finished our conversation he said to his son, “C’mon buddy, time to get back to school.”   He was on a 30 minute break from home schooling - and took the time for a quick fishing trip to the harbor with his little boy. 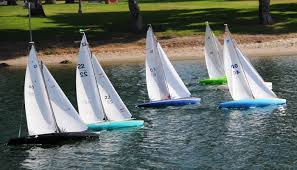 It was all so brilliantly mundane - - normal - - peaceful - - a reminder that order is never very far from the chaos that seems to pervade everything - - maybe even existing at the center of it all.

I write from an admittedly very white, privileged background and milieu.  It is the world I live in.  It is what I know.  It is hard to escape that.  And yet, in the midst of all that white privilege, there is heartache, a despair, a sense of helplessness and a yearning to make things right in the face of what appears to be an overwhelming and crushing negative force.  Privilege comes with responsibilities.   Hopelessness and despair are luxuries none of us can afford in the face of all that assaults us these days.  An itinerant preacher from Nazareth once taught “From everyone to whom much has been given, much will be required; and from the one to whom much has been entrusted, even more will be demanded.” (Luke 12:48 NRSV) To me it sounds like a rallying cry not unlike a verse we often hear on Shabbat to “get up” -  to get out of the devastating malaise that often accompanies  hopelessness, to recognize that while privilege is a heavy weight on the neck of so much of white America, it is also a call to responsibility and action.

An hour with good friends, an hour spent re-connecting with the prophetic teachings of the ancients, a short walk in the sunshine after a storm, a few sleek, black water birds doing their thing - - bits of life that restore hope - - fragile, elusive, sustaining hope.  And then…to work!