Psalm 138 is about majors and minors and knowing the difference. The major theme, introduced in verses 1-3, is thanksgiving and praise. “I will give thee thanks, O Lord, with my whole heart . . . l will bow down toward thy holy temple.” (V.1a, 2a, RSV). The word “heart” comes from the Latin, cor, from which we also get the word courage. We live in a time that calls for people who are centered, and who have courage. The next verse spells it out clearly, “On the day I called, thou didst answer me” (3 RSV). God listens us into being, thereby establishing the rhythm of life as one of call and response. 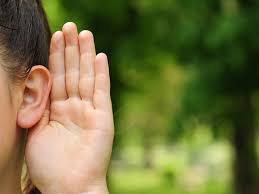 I think it is an African proverb that says, “We listen each other into being.” Translation: God’s temple is that place where people have the courage to listen each other into being.
In verses 4-6, the psalmist expands the image of the temple to include the whole of society. “Kings of the earth” (v.4), bear a special responsibility to ensure the welfare and the well-being of the most vulnerable members of society: “For though the Lord is high, he regards the lowly; but the haughty he knows from afar” (v.6). Then the psalmist bring the message home. “Though I walk in the midst of trouble . . . . The Lord will fulfill his purpose for me” (vs.7a, 8a). Translation: in the memorable words of Representative John Lewis, we are all called get into “good trouble.” 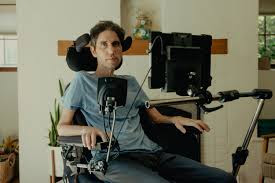 I have been thinking about Psalm 138 as I reflect on the Democratic National Convention. There are many good things to say about it. One highlight for me was Ady Barkan.      Using a wheelchair and an electronic device Barkan said, “We live in the richest country in history and yet we do not guarantee this most basic human right.” Before his public appearance he hold the press, “I support Medicare for All and Joe Biden obviously doesn’t . . . . The pandemic and depression have proven how dangerous it is to tie insurance to employment.”
Another highlight for me Gerald Walker, a worker in a Nebraska meatpacking plant. She said: “They call us essential workers, but we get treated like we’re expendable.” 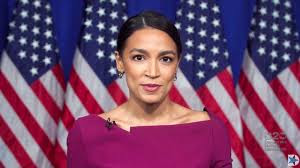 Best of all, I learned how much a person can pack into 97 seconds, the amount of time the DNC gave to AOC. Representative Ocasio-Cortez said: “In fidelity and gratitude to a mass people’s movement working to establish 21st-century social, economic and human rights, including guaranteed health care, higher education, living wages and labor rights for all people in the United States; a movement striving to recognize and repair the wounds of racial injustice, colonization, misogyny and homophobia . . . that rewards explosive inequalities of wealth for the few . . . . In a time when millions of people in the United States are looking for deep systemic solutions to our crises of mass evictions, unemployment and lack of health care, and espiritu del pueblo and out of love for all people, I hereby second the nomination of Senator Bernard Sanders of Vermont for president of the United States of America.”
These three people, Barkan, Walker, and AOC, embodied the words of Psalm 138. They spoke from the heart and they spoke with courage in the temple of the Democratic Party. They were not and are not unwilling to get into good trouble.

I want to close with what I think is a contemporary translation of Psalm 138. It is a poem titled “Union.”

Union
Not me alone--
I know now--
But all the whole oppressed
Poor world,
White and black,
Must put their hands with mine
To shake the pillars of these temples
Wherein the false gods dwell
And worn-out altars stand
Too well defended,
And the rule of greed’s upheld
That must be ended
--Langston Hughes

Rev. David Hansen
Posted by Vicky at 7:36 AM