I've been thinking about the description of an event in the New Testament lately. One finds it in the book of Acts. It's probably the best description we have of the nature of the early Christian community. In the fifth chapter one reads, "The whole body of believers was united in heart and soul. Not a man of them claimed any of his possessions as his own,  but everything was held in common … they had never a needy person among them, because all who had property in land or houses sold it, brought the 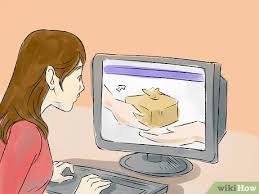 proceeds of the sale, and laid the money at the feet of the apostles; it was then distributed to any who stood in need."    This is about as radical an idea, in a culture operating according to the tenets and values of vampire capitalism, as one can find. And like many of the other Biblical stories that counsel a priority for the common good, you don't hear much about this passage in Acts, except for those who label it as communism, and immediately dismiss it.

Unfortunately, the impulse in capitalism is for accumulation rather than distribution; for selfishness rather than generosity. That's not to say that there aren't generous people among the well off. It's the culture of our economy that makes the passage in Acts seem far fetched and other-worldly, fit for an ancient text but not the modern reality.

The passage should be a challenge to those who are throwing socialism around as a dirty word. What, may I ask, is so wrong about making the common good a priority. What is the drawback to emphasizing the social good at least as much as the individual good. It seems as if we should have learned by this time that if I am a better person and more generous, everyone is better off. If I am other centered rather than self centered, there is a ripple effect that changes human relationships. Generosity and compassion are contagious and help create the common good. 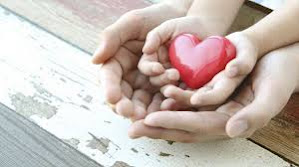 Might I remind folks that we do lots of things in common, as it's much more practical, efficient and effective. Consider the public library, the fire department, our utility department. Social security has been a game changer in our society giving millions of seniors stability in their elder years. These and so many other examples are what democratic socialism is all about.

Now the passage in Acts includes a radical and tragic outcome for those who continue to grasp some of their possessions. They drop dead. I read that part of the passage metaphorically. After all, you can't take your possessions with you, only who you have been. People my age gradually get desperate to downsize and de-clutter anyway. So although the Acts passage is unforgiving, I'm not suggesting coercion or punishment for having and holding on to possessions. Rather, we often ignore or dismiss opportunities to invite generosity for the sake of the common good.

Some years ago, on one of my trips to India, I had an opportunity to participate as an observer in the Bhoodan Movement. Started by Vinoba Bhave in 1951 after the death of Mahatma Gandhi, this movement was an attempt to redistribute land from those who had more than they needed to those who had none. Two of Vinobas' disciples, Krishnamal and Jaganathan, traveled the country asking the landed to contribute a tenth of their acreage for the landless. I was able, with other folks from the U.S., to accompany them on one of their calls.

This landlord was notorious for his treatment of the poor. Once when the landless planted a far removed field never plowed by the owner, he plowed it under just  as it was ready to harvest. He regularly sent his workers to beat and burn the near-by squatter settlements. On this occasion he was approached by Krishnamal and Jaganathan on the basis of the state of his soul. He finally agreed to sell some land to the landless at a price they could afford. He made the announcement from his palace as the poor cowered outside his gated and walled home; then celebrated with us in their settlement afterward.

In all, those in the land gift movement collected more than four million acres for redistribution to the landless, not because of any government program; there was no mandate; but because of a human capacity for generosity too seldom tested. 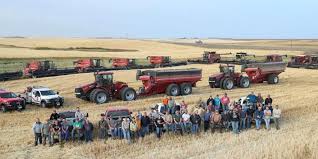 Especially in this part of the country there is a heritage of mutual aid. Flood or famine, draught, danger, disease and death,, one has always been able to count on the neighbor. When we consider the distance from another living soul suffered by so many of our forebears, it was often a matter of simple survival, or not.

In a time of pandemic, a sign of things to come; in a time of fire and flood we've not experienced before; in a time of new phrases like "polar vortex" and "derecho;" in a time when islands are being evacuated and polar bears are found wanting a floe of ice; we must encourage generosity and a spirit of social good. We won't be able to survive alone and generous neighbors can make all the difference.
Carl Kline