Years ago I learned what I call the onionskin theory of racism. The theory says that when one grows up in a culture that has its roots in racism (stealing the land and killing the first people as "savages"; enslaving black & brown people as less than human), even if you come out of a home that was accepting and respecting of everyone no matter the color of their skin, you still need to peel back the layers of the onion of racism, one by one. 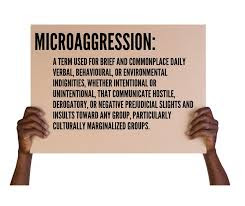 People often have trouble distinguishing between racism and racial prejudice. You can be accepting of everyone, be non judgmental no matter their color, and still be a racist. Racism is an "ism." Racism is structural. Its embedded in our history and in our culture. It often lurks below the surface of white awareness. It appears in myriad ways, sometimes in what are called micro-aggressions. "Why is your hair like that? May I touch it?"

Then of course there are so many major-aggressions. Why are so many native persons incarcerated beyond their percentage in the population? According to the CDC, they are more likely to be killed by police than any other minority group. For every 1 million native americans, an average of 2.9 died annually from "legal intervention." That rate is 12% higher than for black folks and 3 times the rate for whites. Then again, why  are so many black men stopped by police because they "fit the description" given by a white woman? Why do so many end up dead for minor infractions? The demonstrations around the country, and most recently on the road to Mount Rushmore, are an attempt to wake us up to the racism entrenched in our society, especially in our history. Seriously, folks! How many knew that Gutzon Borglum, the sculptor of Mount Rushmore, was friendly with the KKK and received some funding from them for his work. How many knew that this immigrant was concerned about a "mongrel horde" replacing people of "Nordic" purity?
What about President Thomas Jefferson? If he's going to be a graven image in the mountains of South Dakota, shouldn't we at least recognize that he was a slave holder and an adulterer? History records that he had a long term sexual relationship with one of his slave women, Sally Hemings, and fathered her six children. 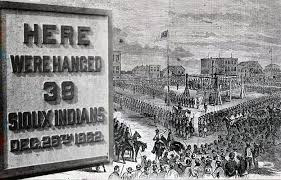 The indigenous of this area often remind us that for them Abraham Lincoln was not just the great emancipator. He also oversaw the largest mass hanging in our history the day after Christmas in1862. That was the day he ordered the execution of 38 Dakota men at Mankato, Minnesota. 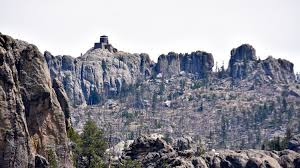 We are being asked to remove another skin from the onion, a piece of our racist history. Some communities are deciding to remove confederate monuments. The military is prepared to re-name some of their facilities. South Dakota saw the wisdom in changing Harney Peak, the highest point in the Black Hills and named after a General responsible for a massacre of indigenous women and children at Blue Water Creek, to Black Elk Peak, after a celebrated Lakota holy man. We are being asked to recognize the failings of our past, confess our sins, seek forgiveness, and where necessary, enact some kind of restorative justice. For a nation that considers itself a "Christian" nation, what's so hard about that? I was under the impression that was a commonplace process, recommended in Scripture and the larger Christian community.

The point is, people see different realities when they look at those faces in stone on Mount Rushmore. Ditto when it comes to our present "leaders." When President Clinton was in the oval office, some believed his sexual misadventures were enough to remove him. Many of those same folks have given the current occupant a mulligan, even though he was quite explicit about how he objectifies and treats women. One wonders if political ideology isn't influencing one's religion, rather than the other way around.

Some religious communities were quite explicit at Standing Rock of dis-owning the "Doctrine of Discovery." That was the religious manifesto issued by Pope Alexander VI in 1493. it was the spiritual, legal and political justification for seizing land and colonizing inhabitants who were not "Christians." It's a racist layer of the onion many others who call themselves Christians have failed to peel away. They still feel called by God, if not the Pope, to colonize the globe for Christ and the historical, American way of life. They want to make America great again, like in the times of those figures on Mount Rushmore.

We need to heed the second commandment. We don't need to worship the past or make graven images of our heroes. They all fall short of the glory of God, found just for the looking in those sacred Hills. We need not be afraid to peel back the layers of racism. Each layer lost helps us get to the deeper, inner source of life, at the center of the onion and us.