Leaving The Baggage Behind 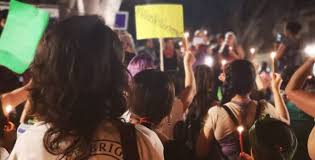 Peace Brigades International (PBI) was started in 1981 as a new experiment from an older idea implemented by Gandhi in the Indian freedom struggle. In response to Hindu - Muslim conflict, Gandhi developed groups of unarmed peacekeepers, who would go into situations of violence to temper and calm both sides. The volunteers were non-partisan in their approach, wore clothing that identified them as peacekeepers, searched out facts to scotch rumors and misinformation and identified points of common resolution.

PBI began its efforts in the early 80's in Guatemala, accompanying the Mutual Support Group for Families of the Disappeared (GAM), as they became politically active for the cause of their loved ones, and in turn, began receiving death threats. PBI volunteers would accompany the leaders of the group and their family members wherever they went, as an unarmed international presence, prepared to report back to an international audience that would send telegrams and assert international political pressure on the appropriate persons and parties.
Gradually, as human rights workers and organizations requested help, the work expanded. Presently PBI is organized in 13 country groups for recruitment of volunteers and fundraising. Since 1981 the organization has been active in a total of 16 field projects and is currently working in 7 different country locations.
Several years ago I was serving on the International Council of PBI. As an International Council member, I had the opportunity to attend a General Assembly meeting of PBI in Switzerland. It brought together representatives from all of the different country groups and the various field projects. We were a group of about sixty, speaking several languages and using three in our sessions. Some of the issues before us were highly contested.  As a group that was committed to operating by consensus, I couldn't imagine resolving those deeply felt issues in the limited time frame we had. I thought, perhaps, they could never be resolved to everyone's satisfaction.

Early on in the gathering, a decision was made to start a working group that would focus on the most contentious issue before us. The group included the most vociferous adherents on both sides with a few others and a trained facilitator and mediator. They devoted themselves to the task, using every spare moment. At the end of the gathering they presented their resolution, which to my utter amazement, was adopted by consensus of the whole group. 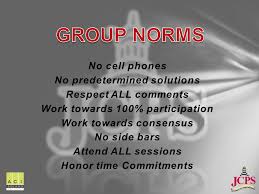 I've thought about this PBI event many times since. It has loomed large these days as I watch a deeply partisan Congress and divided society struggle to do what's best for the country. Where are our facilitators and mediators? Where are those committed to building consensus?

In the same way, I wonder why we haven't yet learned that there are alternative ways to resolve conflict than war and violence? PBI has been in operation for almost forty years without loss of life to any of those they accompany. The Nonviolent Peace Force is active around the globe offering nonviolent alternatives. Yet, my country continues building an arsenal that can destroy the world several times over while the forever rising defense budget is the only item to get overwhelming bi-partisan support. Where is the vision and support for nonviolent alternatives? 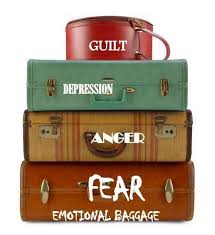 As I ponder the "miracle" of that gathering in Switzerland, I have come to recognize that the baggage people brought was modest. No one was paying them or lobbying them with threats or money. Their fundamental belief in nonviolent conflict resolution had been formed and tempered by personal experience in the fields of conflict. That belief rose above all others. Those they represented were committed to the value of consensus, so they weren't too worried about those back home. And with good facilitation and mediation, ego is exposed and vulnerability is affirmed.
It's possible to travel lightly, leaving the baggage behind. This experience in Switzerland and the promise of groups like PBI continue to give one some modest hope for the future. 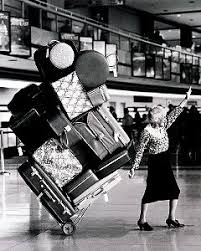