Psalm 85 is introduced in the Revised Standard Version as “A prayer for deliverance from national adversity.” This is a national lament. I think the psalmist is calling upon us to strength our wings and dream.

The ascription says that it is a Psalm of the sons of Korah. The story of Korah is a strange one indeed. You find the story in the 16th Chapter of the book of Numbers, which in the Hebrew Bible is called, “In the Wilderness.” In the wilderness people are uneasy with the leadership that Moses is providing. Korah leads an uprising against Moses. He has a following of 250 people. Moses tells Korah to come to the Tent of Meeting where they will settle their differences. Moses appeals to God to decide who should be the leader. So they meet and each leader states his case, and then Moses tells his people to back away because God is about to make a decision. At that moment the ground opens up beneath Korah and swallows him up and all his followers with him. But now, centuries later, the sons of Korah are worship leaders in the Temple in Jerusalem. I can’t explain that story, but there it is. 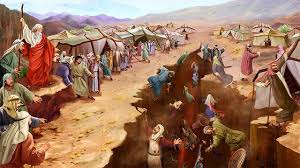 Psalm 85 was written after the people of Israel returned from exile. The Babylonians conquered Israel in 587 BCE and led the members of Israel's political class and the economic elite into exile. They were there for about 50 years. This was their time in the wilderness. While in exile the elders talked to their children and grandchildren about what it would be like when they returned home. That is what verse 1-3 are about. In the good old days: “You were favorable to the land, O Lord. You restored the fortunes of Jacob. You forgave the sins of the people. You covered all their sins. You set aside your wrath and turned aside your fierce anger.” You did all that, Lord. It will be like that again when we go home. It will be the way our parents and grandparents told us it would be, only better.

When the exiles got home they thought they would be welcomed with open arms. They thought there would be happy family reunions. Old friends and neighbors would kill the fatted calf. Life would go back to the way it was. Once the pandemic is over, life will be normal again.

But what they discovered was that life had moved on for the people who were there. The people who had been left behind were not particularly happy to see the returnees who tried to reclaim the family farm, and reassert their authority and reclaim their wealth. 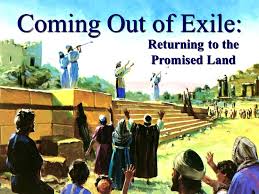 The psalmist is getting real here. There are things in this world that we hope for, and there are things we are stuck with. Verses 1-3 are about the things we hope for. Verses 4-7 are about we are stuck with. The things we are stuck with cause us pain, create insecurity, and make us mad. That is what the psalmist is dealing with. The returnees thought they would go back to the Promised Land. Instead what greeted them was a new kind of exile: the loss of financial security--the homestead is gone and it is not coming back; there is no saving account; friends and family members have died.

Here in the US the official count says that more than 161,000 people have died from covid-19, and before the end of the year it might be closer to 300,000. Schools are reopening and we are afraid. The Senate wants to enact legislation to hold employers harmless for any work-related health problems, and workers have reason to worry. If your inbox is like mine, you get multiple reminders every day about our endangered postal service and social security. In the wilderness dreams die. That is what the psalmist is telling us.

Placebo prayers just don’t cut it any more. The comforters of Job did not bring him comfort. Experts tell us that perhaps as many as 40 million people may be unemployed by the end of this year. Job loss will quickly translate into a loss of housing and health care. We are not acting like a nation that not long ago prided itself as being the wealthiest nation in the history of the world.

The Psalm begins to turn in verse 6: “Will you revive us again, that your people may rejoice in you?” Then in verse 8 the psalmist declares: “I will listen to what God, the Lord, will say, God promises peace.” Langston Hughes wrote a poem entitled “Dreams” that I think captures the meaning of these verses. He wrote: “Hold fast to dreams/If dreams die/ Life is a broken-winged bird/That cannot fly. Hold fast to dreams/For when dreams go/Life is a barren field/Frozen with snow.”

People of faith are called to be nurturers and encourages of dreams. Now is not the time to despair. Now is the time to strengthen the sinews and structures of hope. “I will listen to what God, the Lord, will say, God promises peace . . . . “Surely salvation is at hand . . . that glory may dwell in our land.” Augustine said that “the glory of God is humanity fully alive.” There is a parallelism here. Salvation refers to healing and health and wholeness. The glory of God is a healthy planet and people who are fully alive. Hold fast to that dream.

Then jump down to verse 10 and 11: “Love and faithfulness meet together; righteousness and peace kiss each other. Faithfulness springs forth from the earth, and righteousness looks down from heaven.” And verse 13: “The Lord indeed will give what is good.” The psalmist has moved away from privilege and loss to a vision of the common good.

The Psalm ends with a call for restorative justice -- a theme that resonates deeply with our time. Verses 12 and 13 read: “Yea the Lord will give what is good, and our land will yield its increase. Righteousness will go before God, and make God’s footsteps the way.”

Whose footsteps will you follow? Whose voice will you listen to? Let me share the voices I listen to these days and invite you to name the voices that you are hearing. 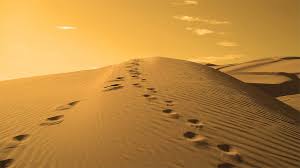 The motto of the State of Hawaii reads: “The life of the land is perpetuated in righteousness.” When we are right in our relationship with the land, there will be peace. For the Indigenous people of Hawaii the motto refers to the sovereignty of the land, when the land of Hawaii is returned to the people of Hawaii, there will be peace. Native Americans tell us, when stolen property is returned to its rightful owners, then there will be peace. Black Lives Matter is telling us it is time to take down monuments to “the Lost Cause” and start enacting laws for “a Just Cause.” I see moms on the front line in Portland and on the front line in marches to end gun violence. Just yesterday I received an email telling me that 335 institutional investors who manage more than $9.5 trillion have released a statement, made a pledge, a commitment to a five point plan for covid-19 that calls for prioritizing worker health and safety and promises to keep supplier and customer relationships intact. Putting people’s health over short-term profits.

The psalmist is telling us that restorative justice is the path peace. That’s the dream. I want to close with another poem from Langston Hughes:

Let it be the dream it used to be.

Let America be the dream that dreamers dreamed.

Let it be that great strong land of love.

That any man [one] be crushed by one above.

[Where] opportunity is real, and life is free.

Equality is in the air we breathe.