The pandemic has led to a quieter life style in my little corner of the world. Sitting in the back yard I'm aware of the wind in the trees, the singing of the birds, even the buzz of a dragonfly or bee. Although there is more traffic noise a block away because of sixth street repairs, it doesn't normally drown out the more subtle sounds of the world of nature. That is, unless it's a passing motorcycle or a truck with a noisy exhaust. Those noises demand your full attention and leave little room for the subtle sounds of nature.     Given all the noises of normal life in our society, one wonders if we haven't deliberately increased our noise level to drown out the sounds of nature, providing us one more example of our dominance over it. Leaf blowers drive me crazy. Our lawn mower is much worse than the battery powered mower of our neighbor. Even our older air conditioner drowns out conversation near it. 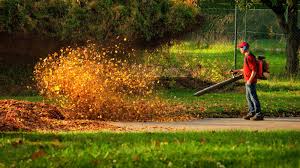 Then too I think of the overwhelming sound of those B1-Bombers at Ellsworth Air Force Base. You will have to lip read the words of the person standing next to you. There's no way you can hear them with that overpowering noise. I suppose it's simply another way of emphasizing the nuclear load in the hold.

I'm beginning to wonder the same thing about our night lights. Just try seeing the night sky amidst the street lights of the city. One could easily go their whole life in city streets without seeing the milky way in all it's glory; maybe seeing the moon occasionally, when the moon is full and the smog level is low.   I was reading where astronomers at the University of British Columbia are saying the milky way is made up of as many as 600 billion stars. They have concluded there may be as many as 6 billion earth like planets in our milky way galaxy. In order to be considered earth-like, the planet would need to orbit a sun, be about the same size as earth and be rocky. Maybe there are 6 billion earths! 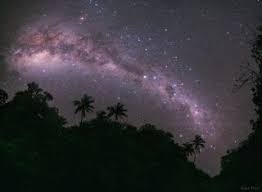 We may have a good, but unconscious reason, for fogging the night atmosphere. How small is earth! How insignificant humans are in the larger scheme of things! This "pale blue dot" is minuscule! It's hard for us to dominate a galaxy. Better to turn on the night lights and impair our vision.

With each passing day, I become more convinced there is no "normal" to return to after this pandemic. It is sim[ply one of an ever increasing series of messages from the earth, that we need to change our ways. We are called to some revolutionary, some evolutionary changes, in our behavior.. Either we learn to live in harmony with some degree of humility with the natural world and each other, or we won't live at all. Dominance in relationships has never worked, whether between human beings or with nature. It is short-sighted and short-lived, at best.

Many are beginning to "get it". We are part of nature. We are related in an intricate web with all other life. We aren't meant to be alone, separate individuals. Nor are we meant to rule over nature but rather relate to it. We are natural (nature) beings. We are social beings. We are part of larger relationships.     Look how younger people can't stay away from each other. They fill the beaches, the restaurants and the bars. Older people sit in forced isolation and depression, missing contact with friends and family. Children want to be back in the classroom, not to sit six feet from each other but to interact and have recess together. Teachers express exhaustion at teaching on line and organize drive-bys to have even modest contact with their students. Business people want to see their customers. Shoppers are anxious to hit the malls. Churches want to open and congregations are anxious to be together. Everyone seems anxious to be "outside," for a walk, a bike, a ride in the country or a hike in the woods. 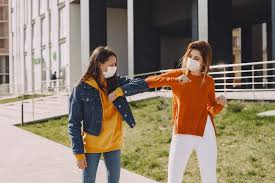 We are at a turning point in human history. Check it out at the WHO web site. This pandemic and its message is global! We can choose a socially constructive alternative to our rugged individualism (everyone and every nation is on their own) of the past. We can choose environmental consciousness and respect instead of the dominance and exploitation of the past.

Elizabeth Barrett Browning says it well in her poem "For Those Who See." Take off your shoes!

And every common bush afire with God,

But only he who sees takes off his shoes;

The rest sit round and pluck blackberries.” 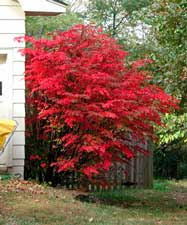