And it Came to Pass After the Plague

It would be such a simple and familiar story, but for the place of its telling. It is a story of two young women dreamily imagining the future in a place in which there was no future, in a place in which dreams were snuffed out along with those who dreamed them. Nevertheless, my friend Gerda, and her friend Eva, dared to dream, and to imagine a future that included them, a future in which they counted as human beings, in which their lives mattered. A friendship formed in the concentration camp of Theresienstadt, two girls become young women, sustaining each other with stories in the absence of food, stories that helped them to look beyond the plague, beyond the narrow straits of their confinement. Each would survive, they promised each other, and each would marry, one giving birth to a son and one to a daughter; and these children would grow and marry, and the two friends would become family; eventually, even, to become grandmothers together. From the narrow place, they would dream and imagine what would be, of what life would be like after the plague. Gazing across the expanse of time, they sowed seeds of hope in the empty space between, and so it came to be. 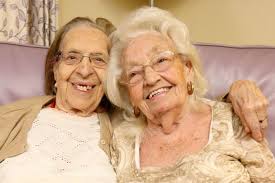 From that time and place, we learn a lesson of what it means to look ahead, to look beyond the harsh realities of a given moment in time. Whether of personal liberation or collective, the two intrinsically entwined, the courage to survive is expressed not only in grand heroic deeds, but in daring to imagine life’s mundane details triumphant. Even from in the midst of struggle, when life is narrowed to its essence, only to survive, or in the first moments of emerging from the straits, that is when we need to pause and to imagine what can be, not simply to go on in the ways that have always been. The imaginings of two young women looking beyond the horrors of the Holocaust were not mere stories to amuse, but shared tellings to inspire the will to survive. In the way of a fairy tale to tell of deeper meaning, a reminder in their story that each is needed for the other’s survival, that each one counts in relation to the other, that the future can only be for all of us.

I have thought about Gerda recently, her story coming to mind as I have reflected on what it means to look ahead from in the midst of a difficult time. For all of the differences in history and context, and the nature of suffering, between Gerda’s experience and ours, there are important parallels, and therefore lessons, to be drawn from one time of extremis to another. In our time of pandemics colliding, the pandemic of a virus and the social pandemic of racism, the greatest danger as individuals and as a society is at the end to simply emerge without taking time to reflect and to be counted on for the sake of change. As Gerda imagined her own survival, for those today who have suffered both directly and indirectly through breath-taking illness and breath-taking violence, the extreme realities of this time have been personal in ways that not all of us have felt. In its disparate impact on communities of color, the Coronavirus pandemic has laid bare the ugly strand of racism that is woven into the fabric of American life, as antisemitism had festered through centuries in Europe, exploding finally in the Holocaust. 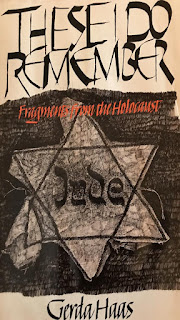 Of racism endemic to the pandemic, I thought about the signs that Gerda describes in her book, “THESE I DO REMEMBER,” the signs that she passed as a child on her way to school, signs that shrieked with blood-curdling hate, “The Jews are Our Misfortune.” I closed my eyes and paused in reading her painful words, and I wondered “what if,” among all the myriad other “what ifs;” what if there had been enough brave people to have placed a very different sign in the windows and gardens of every house in Gerda’s hometown of Ansbach, and throughout that bloody land, a sign that cried out to remind, “Jewish Lives Matter.” It is a fundamental truth that all lives matter, but sometimes we forget what that means, that it really means all lives. Then we need to remind of those who have been forgotten, marginalized and brutalized, as though their lives really don’t matter, that they don’t count in the same way as others. And so we remind that Black Lives Matter.

In the space between now and then, when we shall have emerged from the plague, is the time for a national reckoning. It is a time for a true census taking of people and values, a time to remind that each one counts and each one is counted upon, a time in which to affirm beyond words that every life matters. It is a time in which to insure that we do not simply slip back to the way we were. Such is the reckoning we are called to do, to realize that we can indeed reduce our carbon footprint; that we can live more simply, for the sake of earth and each other, now and for generations to come. We can channel the energy and commitment of alliances formed in horror to be a great movement for constructive change, reaching out even to those who would oppose until they realize it is for them too. Of inequities brought into painful focus by the pandemic, lives not mattering in realms of health care, of housing, of education, of criminal-justice, we can no longer say we didn’t know. Now is the time to consider what life will be like after the plague.

These are the lessons held in the Jewish liturgical cycle as we follow it in the present moment, and in the turning of Torah and its marking of time. In the midst of summer’s beauty and bounty, when life should be embraced in all its fullness, as in the coming of a pandemic with spring’s first blossoms, we enter a time called beyn ham’tzarim/between the straits. For three weeks we make our way through a period of semi-mourning as the fitting approach to Tisha B’Av/the Ninth of the Hebrew month of Av, day of mourning and fasting for the destruction of the Temples that represented the world, the beginning of exile, of lives not mattering among the nations. These weeks begin with the Torah portion called Pinchas (Num. 25:10-30:1), named for a violent zealot who saw the need to act, but in taking up the spear could not see a new way of acting. 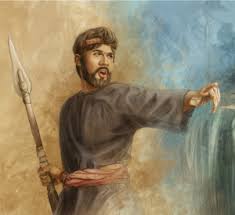 Pinchas had sought to stem the dying, already at twenty-four thousand, in the face of what was as much a social as a biological plague, death brought on by the moral unraveling of a society. Taking a breath after the dying and the killing, not simply to go on, the words of Torah are stunning as read through the lens of this time, va’y’hi acharei ha’mageifa/and it came to pass after the plague… (Num. 26:1).
The lesson is brought home with anomaly, the stark setting of contrast between the way assumed to always be and what is called for now, bidding us then to look ahead. Immediately after the sentence begins with the words that stop us, and it came to pass after the plague, we are stopped in earnest, a wide swath of blank space opening before us on page and parchment.
Underscoring the anomaly, scribal notes emphasize that a space is to be left right there in the middle of the sentence. Shaken from complacency, stopped in the way of reading and living, we pause in the silent space to consider how to go on after the plague. When next we take up the telling, it is with a commandment to conduct a census, to take a count of the entire community, counting each one to underscore that each one counts, to know who has been lost to the plague and who will lead the way on a new journey. 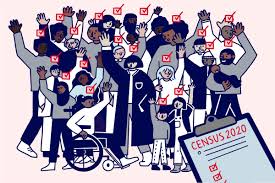 The Or Ha’chaim, Rabbi Chaim ibn Atar (18th century Morocco and Jerusalem), teaches that in the space of pause that comes after the plague is the tikkun/repair that joins what has been and what will be, repair enacted through the counting of each one. Of the collective formed of individuals, the Slonimer Rebbe, Rabbi Sholom No’ach Berzovsky (20th century Poland and Jerusalem) emphasizes the significance of the census following the plague, poetically teaching that each of us is as one grain of dust, all joined together in the way of dust that forms earth that is filled with the potential to sprout new life: particles joining, cleaving, nursing/nurturing one from another/ha’gargarim m’chubarim u’d’vukim v’yonkim zeh mi’zeh, and in this way there is to the dust become earth the potential of sprouting new life/v’al’y’dei zeh yesh l’afar ko’ach ha’tzmi’chah. 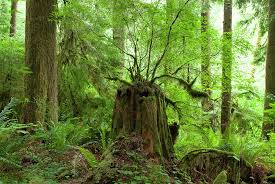 In the garden of days and generations, it is the way of Gerda’s story, a dream to sprout new life, personal survival intrinsic to the survival of the people, each one needed, each one counted. As the opening to a new story, and it came to pass after the plague, it is for each of us now to fill in the blank space beyond with the quill of our deeds. A story once told in extremis of young people daring to dream, time and details changing, but in its dreams for a future equally promised, a story still meant to be simple and familiar, then to say, after the plague, and so it came to be.
Rabbi Victor H. Reinstein