Searching Out the Land, Each of Us Become A Different Spirit 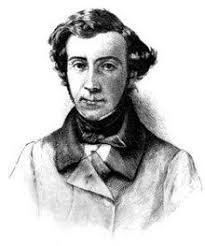 It began as a journey to study the American penal system, yet the more famous book that emerged from that far-flung voyage across the Atlantic was his work that came to be a classic, “Democracy in America.” Count Alexis de Tocqueville left France for America in 1831. Arriving on the young country’s shores, he set forth to search out the land. He saw the possibility of America and also its failings, its ideals and their miserable inconsistencies. He saw the brutal irony in the nation’s celebration of freedom as its founding ideal, while building its nascent economy on the backs of human beings stolen from Africa. He had to have seen the stirrings of the entitled sense of manifest destiny that would become the genocide of indigenous peoples to make way for America. The irony remains to this day in the tension between the primary purpose of his journey, to study the American penal system, and the primary focus that emerged regarding the nature of American democracy.

In the mirror of Juneteenth this year, a day that many of us of white skin would not be talking about were it not for the unresolved legacy of slavery pulsating in the immediate realities of today, de Tocqueville’s ironies are particularly painful in our inability to stare fully into the face of their truths. The very fact that the thirteenth amendment was needed to abolish slavery stands as a stark reminder of one of America’s original sins. Emerging after that June 19th day in 1865 when slaves in Texas were finally told they were free, two additional years having been stolen from their lives since the Emancipation Proclamation, the thirteenth Amendment reminds of a past we hardly consider in trying to understand the depth of racism’s hold on the soul of this country and the enduring torment of a people. 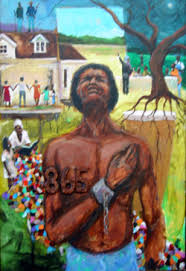 Searching out the land, de Tocqueville beheld the spirit of equality, celebrating the promise of representative democracy. It was a promise in its making of severely limited parameters, its call to be heard both then and now in lofty declarations and in echoes from the breach. With a striking immediacy of language, perhaps as warning and aspiration, de Tocqueville spoke of the tenuous nature of America’s greatness: “America is great because she is good. If America ceases to be good, America will cease to be great.”

Not someone who often comes to mind, I thought of the French Count as I engaged with the weekly Torah portion called Sh’lach L’cha (Num. 8:1-15:41) as it came this year in the week of Juneteenth. Scouts are sent to search out the land, entrusted to bring back report of what awaits the people. They see the fullness and the beauty, and they see the challenges. There is a painful reality in all of this; the greatest challenge acknowledged in the scout’s report is that there are other peoples living in the land. As Israel had once lived in that land, cycles of exile and return begging for humane resolution, so for other peoples living in the land then and now; an endless cycle of claiming land through power that insures that no one will ever be secure in the land. Engaging with Torah on all of its levels and layers, I am often comforted by the Chassidic reading that sees in this narrative, as in other instances of violence and struggle, a mirror in which to see our selves, a lens through which to look within and search out our own inner landscape. 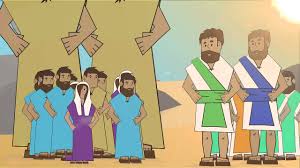 The scouts return and bring back an “evil report,” telling the people there is no way to go ahead, that a leader should be appointed to take them back to Egypt, back, alas, to slavery. Emphasizing a way of perception that quickly lends itself to inner exploration, the scouts reveal a self-image that reflects a slave’s mentality even among free people: We were in our own eyes like grasshoppers, and so, too, were we in their eyes/v’chen hayinu b’eyneyhem (Num. 13:33). As the people weep and clamor to return to Egypt, two of the scouts, Calev and Yehoshua, plead with them not to lose faith, not to throw their national mission to the desert winds. In mourning for the despair that surrounds them, these two tear their garments as a public expression of grief. Through the eyes of midrash, we see Calev leap onto a bench, taking the role of organizer, speaking words of challenge and solace to the people, expressing a common bond of concern with them, lifting up the good that he knows is among them, that still resides in their hearts. Among the people there are some who respond as an angry mob, threatening to stone these two to death, these few who would challenge the many. Speaking to the fears of the people, there is a change that comes subtly at first. Fearless, Calev continues to speak, to soothe and to challenge until the mood begins to shift. Of this brave servant of God and the people, it is God who says, perhaps in time to come to be said by the people too, ru’ach acheret imo/there is a different spirit with him (Num. 14:24). 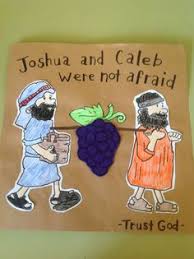 Searching out the land both of self and nation, a challenge from Parashat Korach to search within our selves and allow a different spirit to emerge. It is the spirit of Calev, as we might embody it today, a spirit that is bravely able to see the beauty in the ideals and landscape of this nation, and also to see the way in which that beauty has been so cruelly defaced. Atoning for the original sins of both slavery and genocide, we can yet create wholeness from out of brokenness. In worlds so far apart in both time and context, perhaps never before cited together, as Alexis de Tocqueville saw the fierce tensions at play in early nineteenth century America, the Slonimer Rebbe sees powerfully conflicting forces in the very character of the Land of Israel. Of fierce historic tensions desperately seeking resolution, the Slonimer writes in his probing teaching on the scouts and their report: the holiness of the Land of Israel is of the highest level/k’dushat eretz yisrael hi g’vo’hah b’yoter; and in contrast to this, the forces of the sitra achra/the demonic side are greatest, centered, so too, in the Land of Israel/ha’yu m’ruchazim az b’eretz yisrael…. 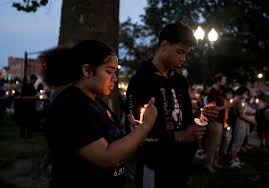 These are the tensions of which Juneteenth should remind. These are the tensions to be kept in mind when standing in vigil and taking to the streets. It is easy to make of a Holy Day a simple holiday. It is harder to raise up the reason for a day’s being set apart and to accept its challenge going forward. It is easy to go out on occasion to the streets, much harder to make active in the day to day the reasons for our making the long walk. As throughout the land a call for justice rises, along the streets and in the village squares, even with the remove of time the American spirit manifest for both good and ill as de Tocqueville might have experienced it. So too, as for the scouts, the challenge remains for us to search out the land and see its beauty, and the cruel inconsistencies that bar the way to a promise fulfilled. As good and evil swirl together in life and death struggle, it is our challenge to insure no more death through the brutalities of a system’s failure. Searching out the land, may we raise up the best of what we see in village, town, and city, each of us become of a different spirit, and so the nation.
Rabbi Victor H. Reinstein