Words Both Written and Spoken, from Heart -to-Heart and House-to-House 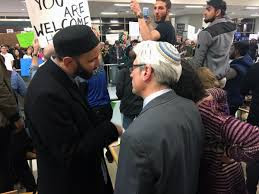 I delight in interfaith conversations, in words both written and spoken that bridge from heart to heart and house-to-house. I was fascinated recently as I read a particularly timely Fatwa, in effect what is called in Jewish tradition a T’shuva, a legal response to a question of religious practice. As I read the response entitled, “Fatwa Regarding Eid Prayer in Light of COVID,” I recognized in the response to the question on the minds of Muslims the dialectical way of question and answer so similar to Jewish legal process. As Jews faced at Pesach the unthinkable inability to gather for Seders and services, and so again seven weeks later with the inability to symbolically gather in person at Sinai to mark Shavuous, the Feast of Weeks that celebrates the giving of Torah, so our Muslim neighbors have wrestled with how to mark Ramadan, and now its closing celebration of Eid al-Fitr. 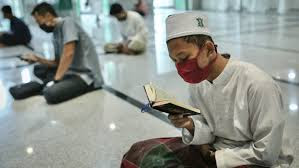 Ramadan ends this Sunday with the “festival of the breaking of the fast,” which is what Eid al-Fitr means. Communal prayer is always central to Muslim observance, but especially so on Jumma, the Friday Sabbath, and on festivals. The Fatwa that I read was in response to the question of how to mark Eid at home. It felt deeply familiar, the same questions that we are asking, how to mark yontev, Shabbos, how to say the Mourner’s Kaddish in the absence of an in-person minyan. As we work through the dialectical balancing of values we weigh all matters of ritual and observance on the scale of life, life itself offering counterbalance to all else. 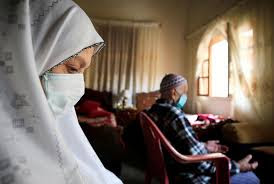 In the first paragraph of the Fatwa, there is a central focus on one element of communal worship that appears impossible to observe on one’s own. So the Fatwa begins: “In light of the masjid being shut down due the COVID-19 crisis and the upcoming Eid prayers, the Fiqh (Islamic jurisprudence) Council encourages that Muslims pray Salat al-Eid (daily prayers of Eid) in their homes with their own families (or individually in case one is living by oneself), and there is no need for a khutbah….” After reviewing various precedents in the way of case law, as in Jewish legal process, so the Fatwa ends: “All our four schools of law state that attending the khutbah of Eid is not obligatory, nor is the khutbah a requirement of the Eid prayer, it is not required to give khutbah in every home. The Fiqh Council encourages masjids to live broadcast Eid khutbahs, and all families pray their individual congregational prayers at a given time, and then, after they finish their own Eid prayers, they can listen to the live khutbah as a general reminder. And Allah knows best….” 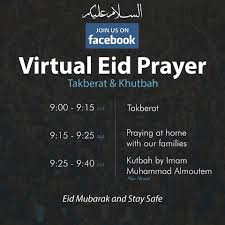 I have generally associated khutbah with the talk of the Imam on Jumma/Friday, much in the way of a D’var Torah or a D’rasha on Shabbos and other holy days by a rabbi or other member of the community. I have on occasion gone to the mosque where my friend and partner in dialogue Ismail is the imam. I had never had a sense, however, of the centrality of the khutbah in the way it is emphasized in the Fatwa addressing Muslim observance of Eid al-Fitr. As I looked at the word that tells of the words spoken by the imam, I saw a familiar root shining through the unfamiliar, a bridge forming. The root of KhuTBah clearly seemed to have written all over it, if you will, the same meaning as the Hebrew root KaTaV, the root of the word to write.

So I wrote a letter to Ismail and to another Muslim friend asking of the underlying meaning of khutbah, receiving insight, as well, into another word for the Imam’s talk, khatira. After asking about my wellbeing and that of my family, Ismail humbly offered a gift of wisdom, itself seeming to come to me as the imam’s khutbah: “Indeed, Ramadan this year has been quite different from years past, to say the least. But very good still. There is always a silver lining in what we may perceive as undesirable or unwelcome, even if it is a pandemic. If only we had the wisdom to be patient long enough to see it....” Saying Ameen, Ameen to my friend’s khutbah, I read with delight his response to my questions of a Hebrew-Arabic cognate, and so I share with you: 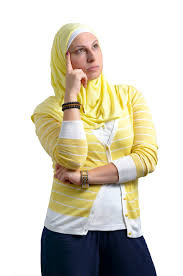 “The Arabic word "Khutba" comes from "khataba" which means to have a formal conversation or a formal discussion. A "mukhataba" is the act of having some formal discussion. Hence the Friday Khutba or "address" from the imam to the community. A "khatira" comes from the word "khatara" which means to think of, ponder upon or to stumble upon an insight concerning a subject matter.
It is also used to mean the sharing of a thought or an insight. So a "khatira" can be a pondering upon any subject, or an insight, that might be of interest to a person. Their sharing it with others is also called a "khatira". A "khatira" can grow into a "khutba", and conversely, a "khutba" can be reduced to a "khatira". Incidentally, a "kitab" is a book but can mean a letter as well. It is taken from "kataba", to write.”

I thought of a phrase that often comes to me in the gathering of imams and rabbis to learn together that Ismail and I help to coordinate, ahl al-kitab/people of the book. Clearly, the link is obvious between the Arabic and Hebrew root meaning to write. As I shared with Ismail, it may be most obvious in the word for the marriage contract, the Ketubah. While I have not made a cognate connection with the word khatira, I find a meaningful symbolic connection. It would seem to be parallel, as a talk emerging from one’s own thinking and wrestling about a matter of importance, to the meaning of d’rasha. The English word “sermon” does not convey the depth of meaning held in either khatira or d’rasha. D’rasha derives from lidrosh/to search, to seek. In truth, one can only give a d’rasha, and so a khatira, if they have done their own seeking, then to share with others the fruit of their seeking, the living words distilled from their own encounter with God’s word, with the words of others, with life. 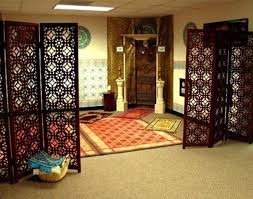 That is the challenge Jews face as we approach Shavuous, the holiday that celebrates the giving of Torah, to engage, to search, to seek, to receive and renew the Word. So it is that the weekly Torah portion that always precedes Shavuous is the portion called Bamidbar (Numb. 1:1-4:20). The word that gives its name to the entire fourth book of Torah and to its first portion means in the wilderness or in the desert. Staring out from the word, as in the way a root stared out at me from khutbah, is the root DaVaR, the root that forms word/davar or speak/m’daber. In the desert/midbar, God speaks with us, m’daber. At the end of forty years, the letter mem, whose numerical value is forty, falls away and we are left with the word/davar. Whether as khutbah or as d’var Torah, meaning emerges, then to be shared from heart to heart, whether in person or across video links that join us from the sacred spaces of each one’s home, each one’s mikdash m’at/little sanctuary of home masjid or home synagogue.

In our shared way of seeking to balance the challenges of this time, of law and spirit, health and holiness, yet striving to see the good in the challenge, the “silver lining” of which Ismail warmly suggested awaits us, so we come to places of deeper meaning. In the way of our seeking, meaning emerges as new fruit blossoming; new understanding distilled in the holy words of a khutbah or khatira, a d’var Torah or a d’rasha. Offered in the approach to the holy week that comes with the moon’s turning for both Jews and Muslims, Ismail’s good wishes still speak as words of blessing for all of us: “Hope this clarifies the distinction between the three words. Be well and Eid Mubarak to you too and to all your family! And looking forward to meeting in person again at some point in time in the near future.”

In the way of good wishes for a blessed Eid and a good yontev, may all of us be together in person again in the near future, always connected, though, in words both written and spoken that bridge from heart to heart and house-to-house.